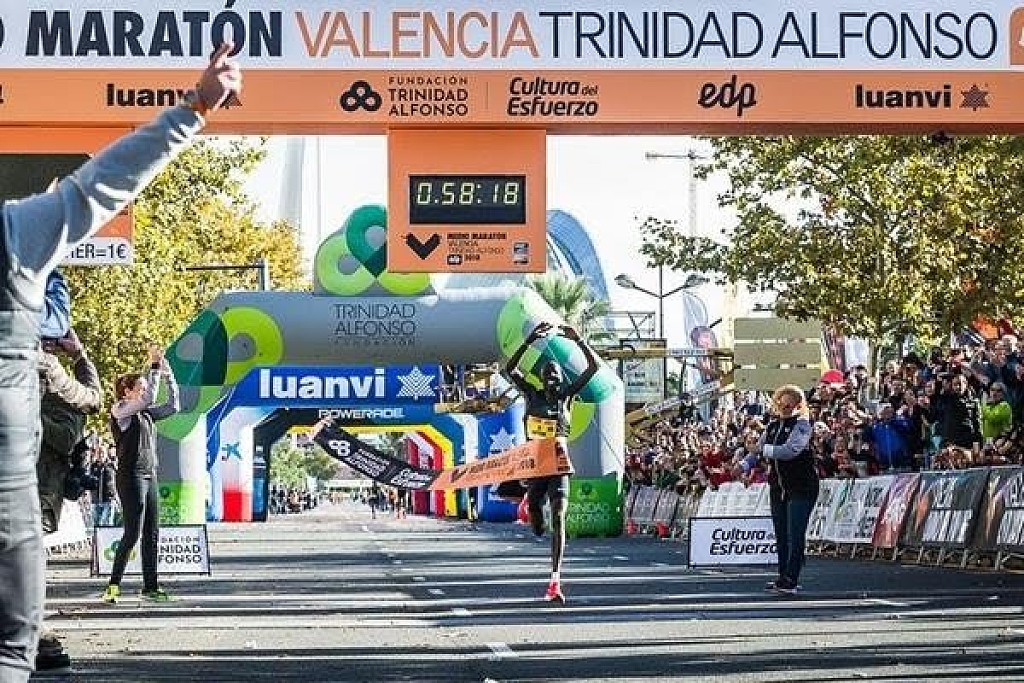 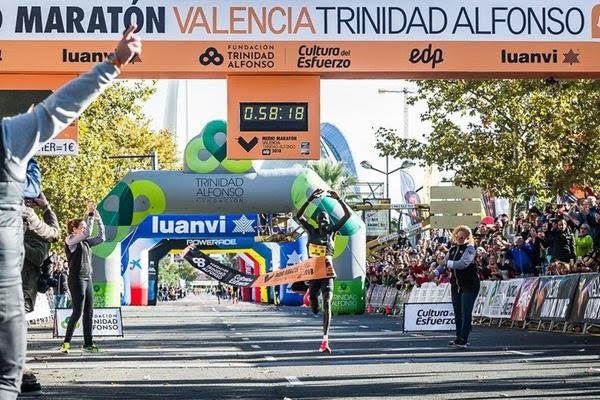 I can’t believe it. I am over the moon says Abraham Kiptum after clocking 58:18 a new world record

Zersenay Tadese's eight-year-old half marathon world record of 58:23 has been broken. 29-year-old Abraham Kiptum from Kenya, who ran 59:09 in Copenhagen last month, clocked 58:18 in Valencia this morning, October 28.  The Medio Maratón de Valencia Trinidad Alfonso is a IAAF Gold Label road race.   On a perfect day (a slight wind and 52F, 11C), the race opened according to the plan with the main pack passing the opening five kilometers in 13:56. By 10K, the pace had dropped slightly as the 15-man lead pack went through that checkpoint in 28:02. But shortly afterwards the long-legged Kiptum broke away from the rest of the pack with incredible ease and began to cover each kilometer in a stunning 2:44. The 15K split of 41:40 was just seven seconds slower than Tadese’s equivalent split from his world record run – suggested that Kiptum was on course to break his PB of 59:09.  Ethiopia’s Jemal Yimer was still just two seconds behind Kiptum.  Boosted by the crowd and fully aware that he was close to world record, Kiptum kept on pushing hard to open a margin over the Ethiopians in second and third. The Kenyan reached 20K in 55:18 to take three seconds off Tadese’s previous world best of 55:21 set on his way to his world half marathon best of 58:23 in Lisbon eight years ago. Having covered the second 10K in 27:16, Kiptum strode home in 58:18 to bring the world record back to Kenya.   “I can’t believe it, I’m over the moon,” said 29-year-old Kiptum. “Obviously I knew I was in good shape because I set a PB last month in Copenhagen but I was eager to run in Valencia because it’s one of the flattest circuits I’ve ever run and I was confident of improving on my best. “In the race I slowed down between the ninth and 10th so I decided to step up the pace and go for everything.” (10/28/2018) ⚡AMP