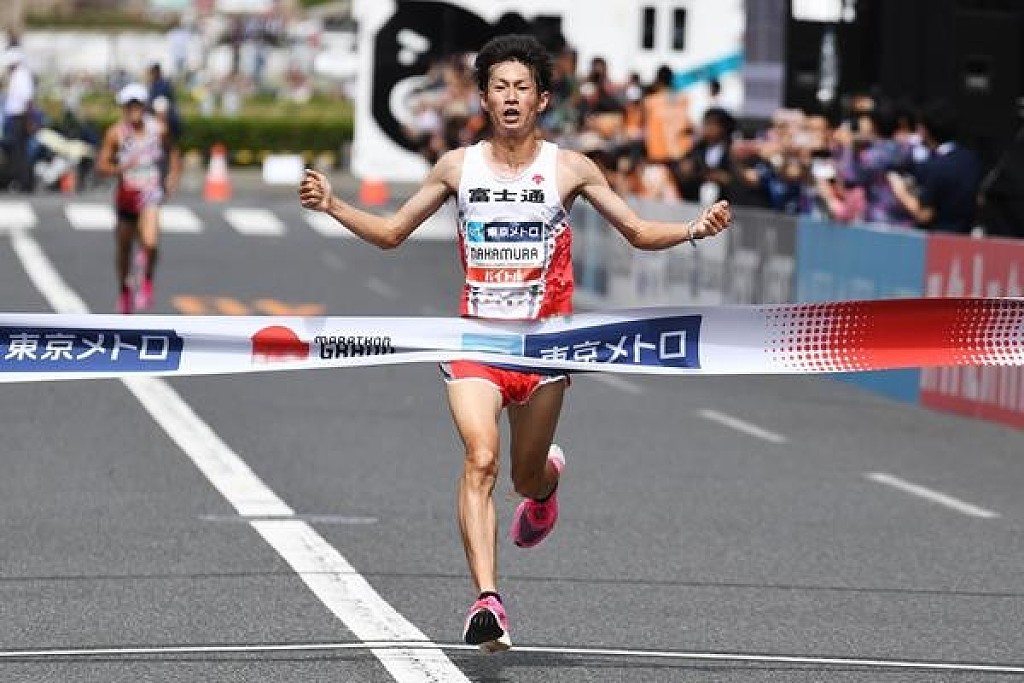 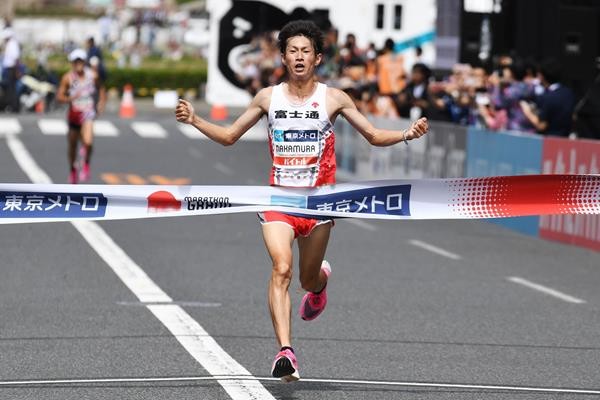 Japan’s selection process for their 2020 Olympic marathon team culminated in victory for Shogo Nakamura and Honami Maeda at the Marathon Grand Championship in Tokyo on Sunday (15).

Japan’s Olympic marathon squad is arguably the toughest national team to make. Several nations may have great depth in one particular area – the US and Jamaica in the sprints and hurdles, Kenya and Ethiopia in the distance events – but for Japan’s MGC there were strict qualifying criteria simply to make it to the start line.

Forty athletes – 30 men and 10 women – eventually lined up for the MGC. Six of the men in the field had PBs faster than 2:08 while all but two runners in the women’s field had previously bettered 2:25.

And as if the tough qualifying process and competitive line-up wasn’t hard enough, the MGC itself – a marathon in 24-28C heat and 75% humidity – was one final brutal hoop for Japan’s best distance runners to jump through. 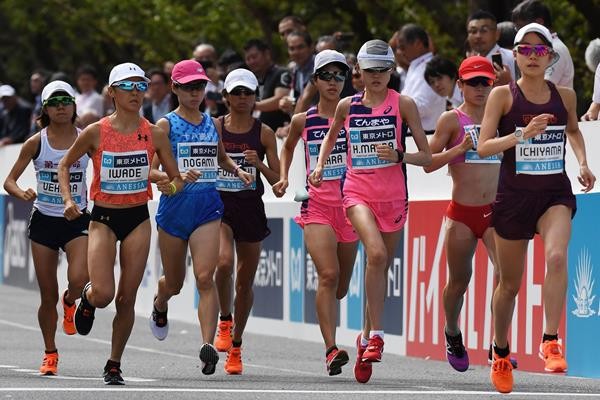 Even then, only the top two finishers are guaranteed a spot on Japan’s Olympic team. The third-place finishers are given a provisional place, but if another Japanese man runs 2:05:50 (the Japanese record) or a woman clocks 2:22:23, they can be given the third spot instead.

Fittingly, both races were not short on drama. Yuta Shitara, who broke the Japanese half-marathon record with 1:00:17 in 2017 and followed it with a since-bettered Asian record of 2:06:11 in Tokyo in February 2018, had promised before the race that he was going to set off fast and he stayed true to his word.

The 27-year-old shot into the lead, covering the first 5km in 14:56 and reaching 10km in 29:52. By the time he reached 15 kilometres (44:59), his lead had grown to more than two minutes. Shitara reached the half-way point in 1:03:27 while the four-man chase pack – comprising Kengo Suzuki, Shogo Nakamura, Yuma Hattori and national record-holder Suguru Osako – followed in 1:05:28, showing Shitara’s lead was already starting to dwindle.

The chasing pack grew to seven men at 30km. Shitara continued to lead, but his margin had reduced to 77 seconds. Two more men caught up with the chasers over the next five kilometres, reaching 35km in 1:49:12, and Shitara was now in sight, just 35 seconds in front after covering that five-kilometre section in 16:57.

The inevitable happened two kilometres later as the chase pack breezed past Shitara at the drinks station. With eight men now in contention, Ryo Hashimoto pushed the pace and was followed by Osako, Nakamura and Hattori.

Nakamura was the next to make a move and opened up a few seconds on Hattori and Osako at 40km with Hashimoto dropping back. But with 28 seconds separating the top seven men and little more than two kilometres remaining, the race was far from over. Hattori briefly dropped Osako, but they regrouped moments later and appeared to make up ground on Nakamura. Osako managed to bridge the gap to Nakamura but had nothing left as Nakamura pulled away in the closing stages to win by eight seconds, crossing the line in 2:11:28.

First place may have been decided but the race for Olympic team places wasn’t over. Hattori caught a struggling Osako before the line to take second place in 2:11:36. Osako finished third in 2:11:41. Shohei Otsuka, fourth in 2:11:58, was the only other finisher inside 2:12. Long-time leader Shitara eventually finished 14th in 2:16:09.

The women’s race was effectively decided just before half way when Honami Maeda broke away from the pack.

Eight of the 10 women in the field had passed through 10km in 33:34 and five of them were still together at 15km. Maeda made her move just before 20km, which she passed in 1:07:27, two seconds ahead of two-time world finalist Ayuko Suzuki, who was contesting just her second marathon to date.

A 16:41 split for the next five-kilometre segment was enough to drop the last of Maeda’s pursuers and by 30km her lead had grown to 82 seconds. She continued to pull away from Suzuki over the final quarter of the race and went on to win convincingly in 2:25:15.

Suzuki had a comfortable 33-second margin over Rei Ohara at 40km, but she started to struggle during the last two kilometres. Ohara made up significant ground but couldn’t quite catch Suzuki before the line as Suzuki – the slowest qualifier for the MGC – claimed second place in 2:29:02 with Ohara taking third in 2:29:06. Mizuki Matsuda was fourth in 2:29:51.