Molly Seidel has found a way to run again

Molly Seidel ran her first marathon in February at the U.S. Olympic trials in Atlanta -- finishing second and qualifying for the 2020 Tokyo Olympics.

The games have been postponed, but Seidel, 26, continues to train and will compete in her second marathon Oct. 4 with an elite group of runners at the London Marathon. What follows is the story of her journey of recovery from anxiety, depression and disordered eating told in her words. 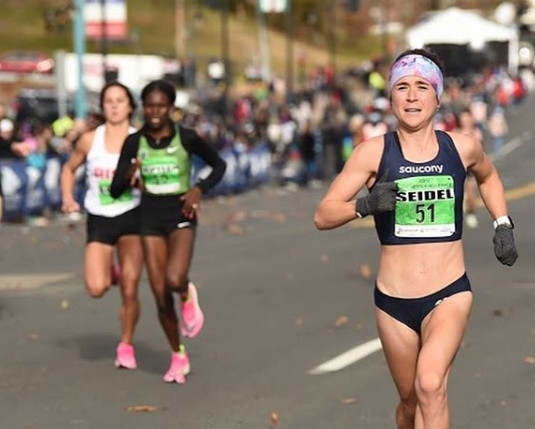 When I crossed the finish line in Atlanta this year, my full, messy story was out there. And, to some degree, the media and people on the outside wanted to put a nice tidy bow on it. They wanted this marathon and the Olympics to be my new story: the next phase of Molly the Runner. But the reality is much messier.

I will never overcome my eating disorder. I still struggle: I relapse and I actively deal with the ups and downs that come with chronic OCD, depression and anxiety. It's not something that a nice tidy bow -- like the Olympic trials or even the Olympics -- can disguise. 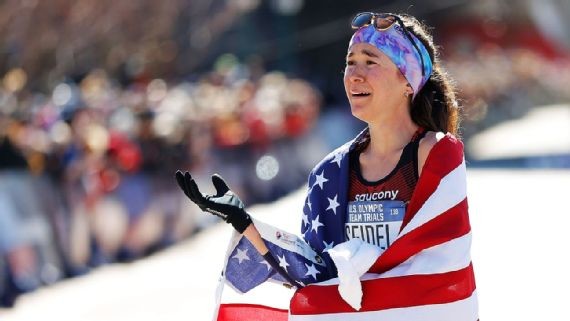 Obviously, there was a sadness to the Olympics being postponed. I would have loved to get to race this summer. But part of my recovery and mental health journey is all about realizing what I can control. And right now, I can't control that the Olympics were postponed. I can, however, control how I view this postponement. Since I'm new to marathons, I'm looking at this postponement year as a big opportunity. I can use the extra time to my advantage and improve every aspect of my training.

Before the trials, I had five months of healthy training. And after the trials, the narrative buzzing around me was, "Molly Seidel's second marathon will be the Tokyo Olympics." Honestly, I didn't want my second race to be the Olympics. This postponement allows me the time to gain more experience, train for an extra year, nail down my nutrition and run another marathon.

Instead of competing in Tokyo this August, I traveled to Flagstaff, Arizona, for altitude training. About eight weeks before the London Marathon in October, I learned I would be one of the elite racers competing overseas. A normal marathon training schedule is closer to 12 weeks, but just like the Olympic postponement, I realized the only thing I could control was utilizing the next two months to prepare.

Beyond my training and marathon builds, I have to make sure that I'm focusing on my mental health over the next year. It's by no means going to be seamless. I know there will be a lot of good times and bad times over this next year. I can't just stay consistent in my training, but I also need to stay consistent in going to therapy and all the nitty-gritty stuff that isn't quite as fun, but I have to maintain.

I don't have to be perfect. The London Marathon won't be perfect. It might not be the greatest race of my life, but it will be a learning experience. And it will bring me one step closer to the Olympics.

Molly Seidel has stopped trying to outrun OCD, depression and anxiety. She has taken control of her story and is preparing for the London Marathon -- and eventually the Tokyo Olympics.