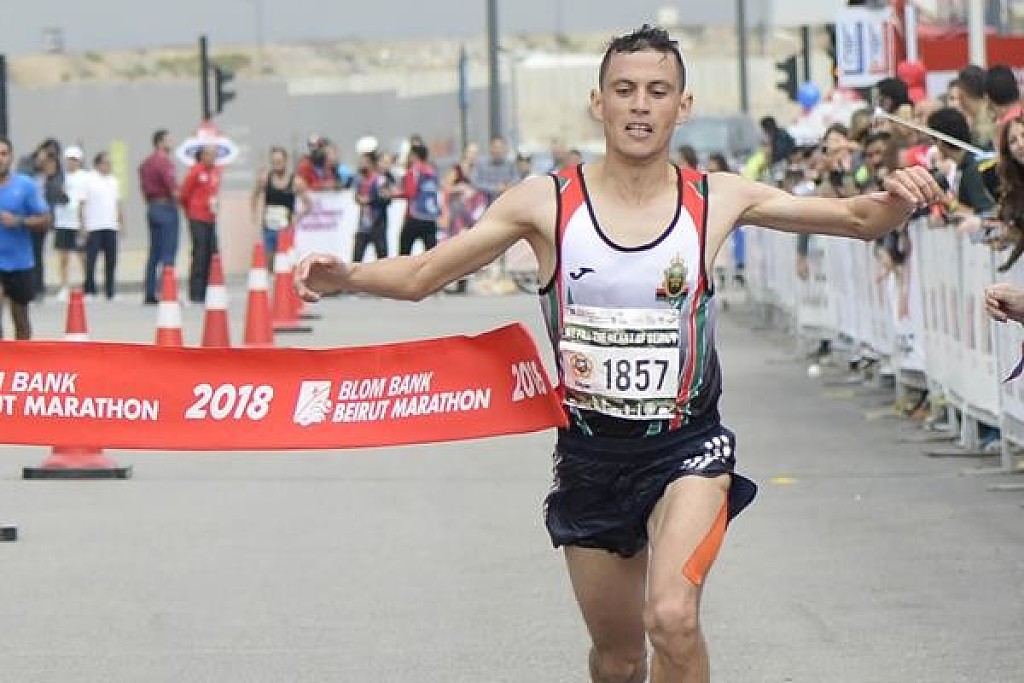 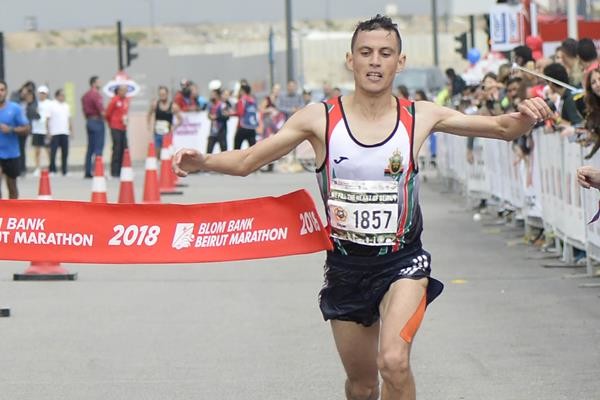 Mohamed Reda El Aaraby of Morocco ran a course record at the BLOM Bank Beirut Marathon clocking 2:10:42, an IAAF Silver Label road race. The women’s race also saw some swift performances, with Ethiopia’s Medina Deme Armino taking victory in 2:29:31 ahead of Nazret Weldu Gebrehiwet, who clocked an Eritrean record of 2:29:48 in second. But it was El Aaraby who stole the show, the 28-year-old surprising the East African contingent with his surge early in the race, taking full advantage of the hesitancy in the pack among his rivals, with several leading contenders instead keeping their eyes trained on Wesley Korir, the 2012 Boston Marathon champion who was running his first marathon since April 2017. After struggling with injuries on the build-up, Korir was far from his best, coming home seventh in 2:14:18, but given his shortened preparation the 35-year-old was upbeat about performance. El Aaraby ran behind one of the pacemakers until halfway, which he reached in 1:05:07, then ran most of the second half alone. Back in the pack, Korir’s rivals were still watching his every move, paying him more respect than he wanted as the Moroccan out front built an 88-second lead in the first half. His advantage was closed down in the final miles, but El Aaraby was still all alone at the finish, hitting it in 2:10:41 to take a single second off the event record set by Dominic Rutto of Kenya in 2017. “It’s a big result for me to be first in the World Military Championship and to break the course record,” said El Aaraby. “This result came after hard training and big preparation.” (11/13/2018) ⚡AMP