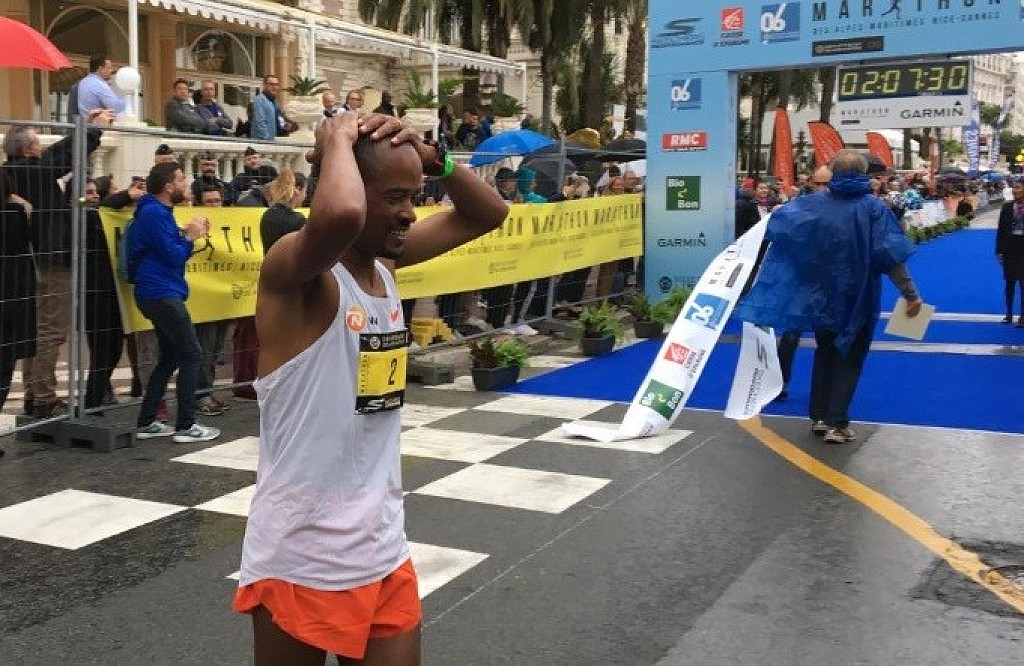 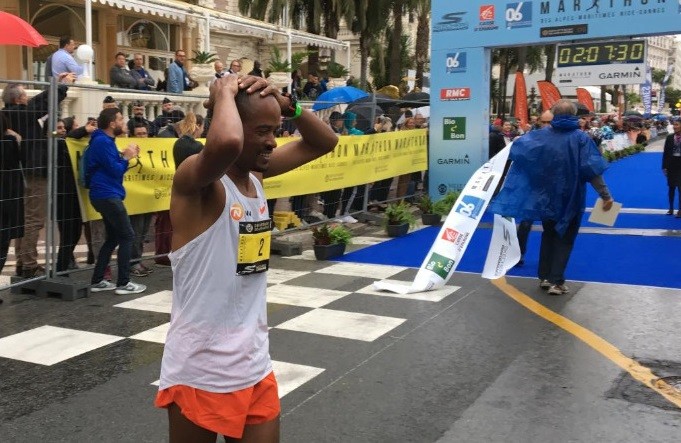 Ethiopia’s Abrha Milaw and Nurit Shimels claimed the titles at the Marathon des Alpes Maritimes, an IAAF Bronze Label road race held between the French southern cities of Nice and Cannes on Sunday. In the men’s race, a group of six –Milaw, Kenyans Nixon Kurgat, Benad Too, Ronald Kurgat, Ben Sowinko as well as Berhane Tsegaye of Eritrea – hit the first 10-kilometer checkpoint in 30:25, suggesting a possible finish time of about 2:08. At the halfway point, reached by the leaders in about 1:03:45, Ronald Kurgat and Tsegaye trailed behind by 1:34. At this point, only Milaw, Nixon Kurgat and Too were still in contention for the victory.  Milaw took command of the race at the 30 kilometers point clocking 1:31:10. His opponents started to drift back as Kurgat was 13 seconds back, and Too 19 seconds adrift. The gap continued to increase over the remaining kilometers. By the 40-kilometer mark, hit in 2:00:45, Milaw’s lead grew to 2:27 over Kurgat and 3:17 over Too. He didn’t fade in the waning stages, crossing the line in 2:07:26, 1:14 faster than the previous course record of 2:08:40 set by Kenya’s Lukas Kanda in 2008. The 30 year-old Ethiopian, who improved his personal best by 20 seconds, notched his second career win over the distance following a success in Stockholm last year. Kurgat, who was the fastest man of the field with a PB of 2:07:11, held on for second in 2:10:41, as his compatriot Too rounded the podium clocking 2:11:56. (11/05/2018) ⚡AMP