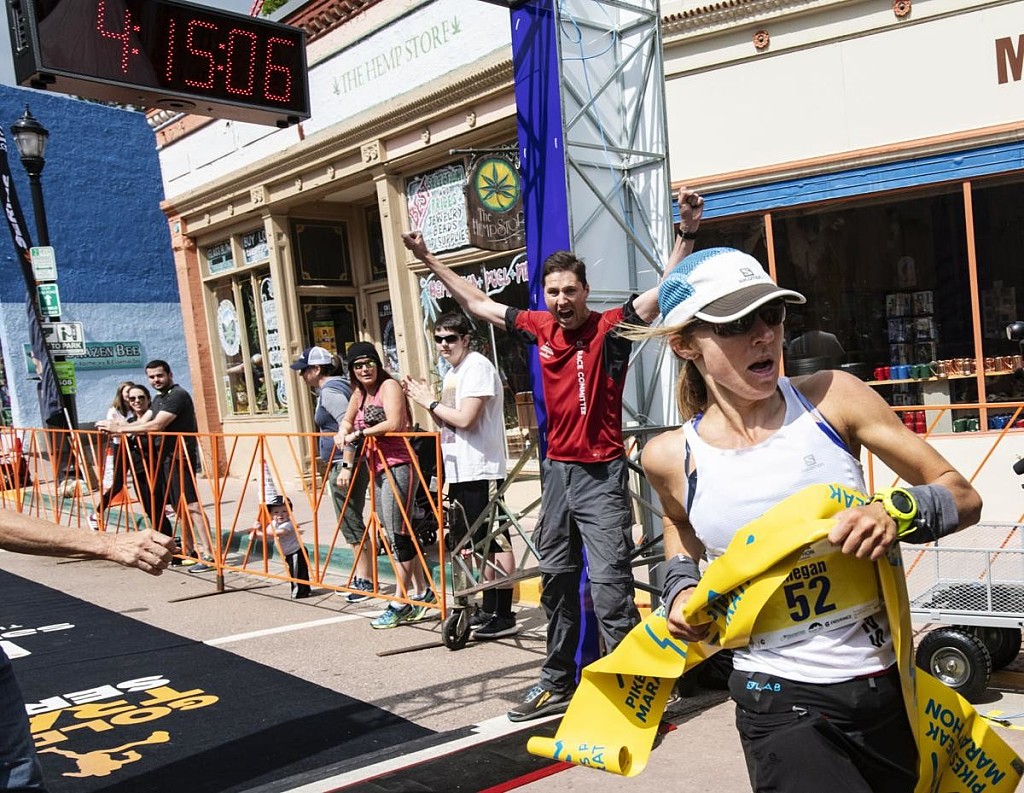 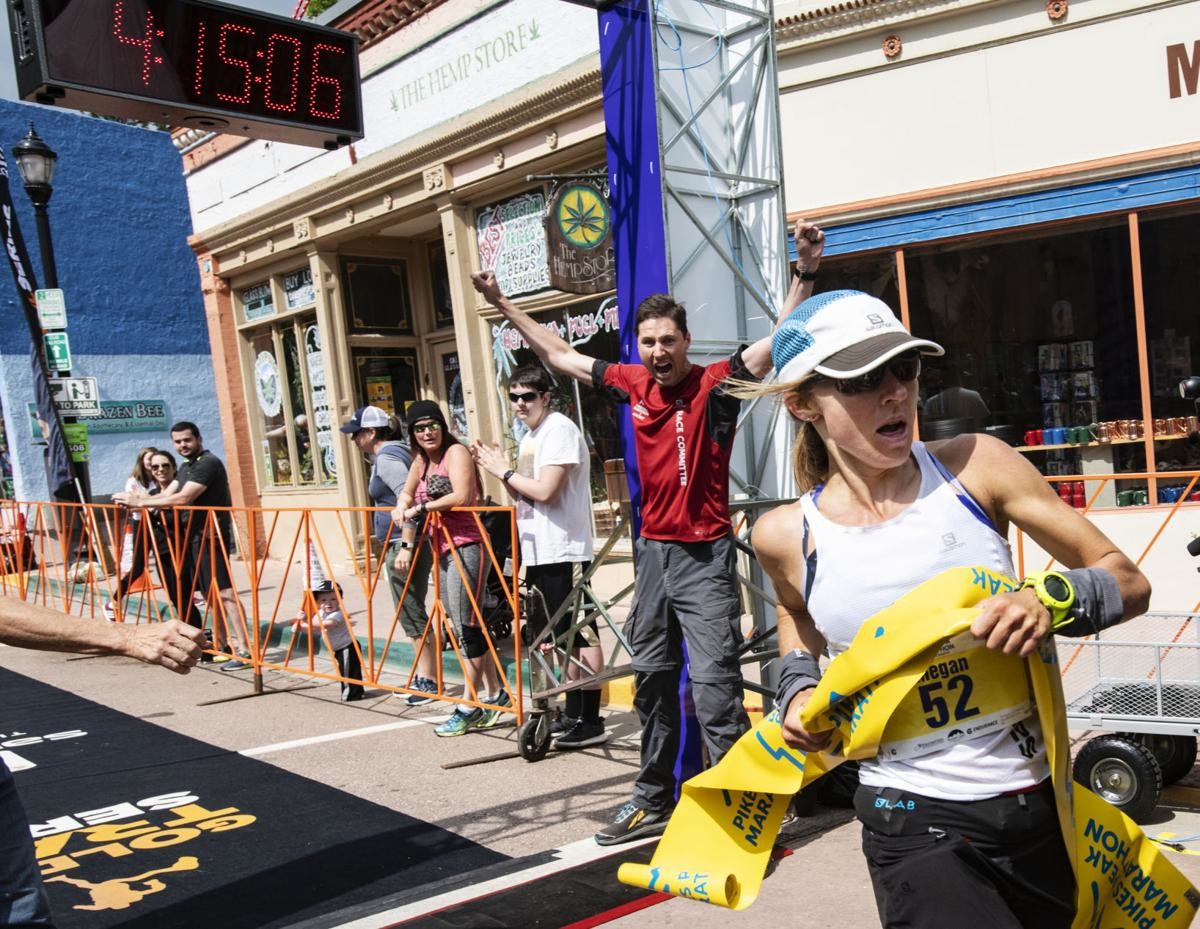 Megan Kimmel had not run the Pikes Peak Marathon in nearly 10 years, but the 38-year-old runner out of Ridgway spent much of Sunday’s descent contemplating whether or not to go for a record-breaking time. “I took note of what my time was up top, and I was like ‘I think it’s still doable,’” Kimmel recalled thinking. “At Barr Camp, I was kinda like ‘Ah, I don’t have it.’” While she didn’t think she’d be breaking Lynn Bjorklund’s record set in 1981, Kimmel kept a solid pace to keep distance between her and the competition. Her mindset changed once more, however. “It wasn’t until I hit the pavement on Ruxton (Avenue) that someone was like, ‘You can do it. There’s time,’ ” Kimmel said. “That’s when I kicked it.” Her only remaining issue was figuring out the exact time she needed. Kimmel said she knew the record was just a little over 4 hours, 15 minutes but didn’t know how many seconds she had to work with. “Once you get closer to the finish line here, people really keep you going for sure,” Kimmel said. “But I have to say, I didn’t notice it that much because I was so focused on the time and the finish that I kinda had tunnel vision going on.” The focus paid off as Kimmel stormed through the tape in 4:15:04, good for a new record and the 14th-best overall time. Kimmel chalked up her performance to living at altitude and near-ideal conditions a day after the Ascent was shortened due to expected weather. She was able to complete the marathon in a sleeveless racing top without slowing to add or remove layers. (08/20/2018) ⚡AMP