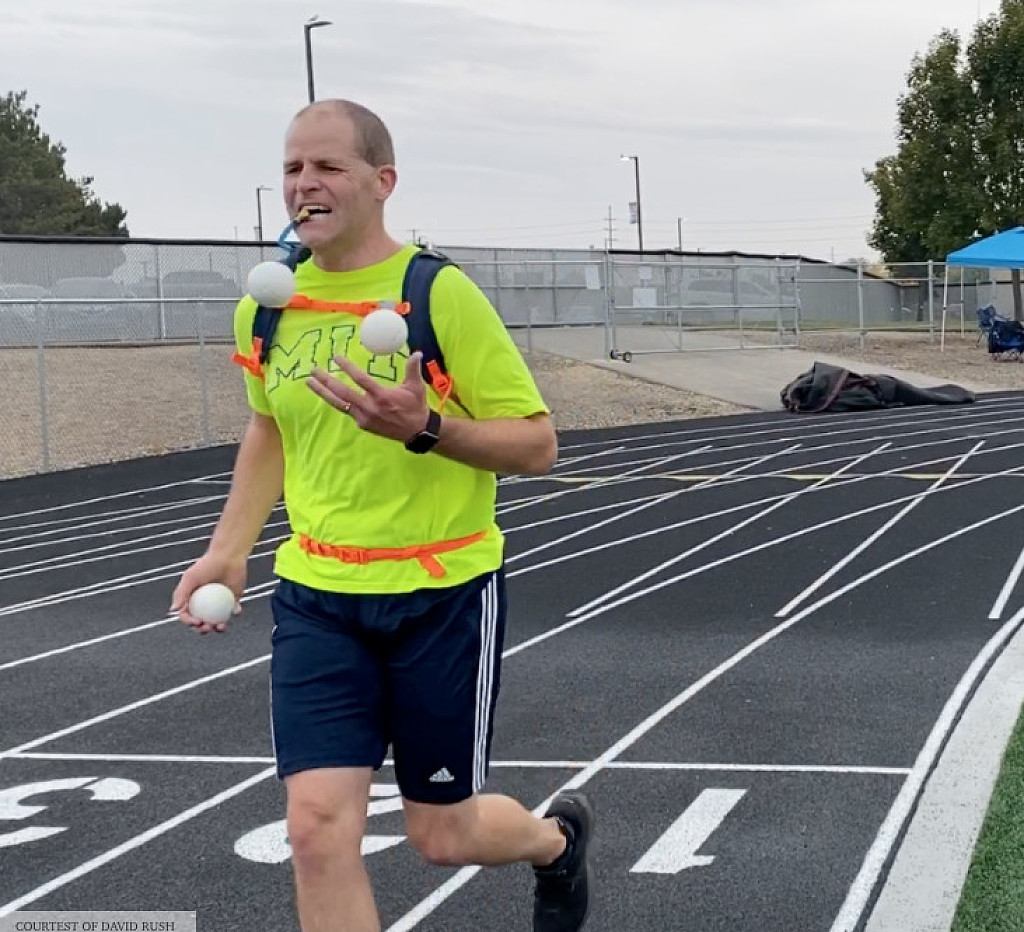 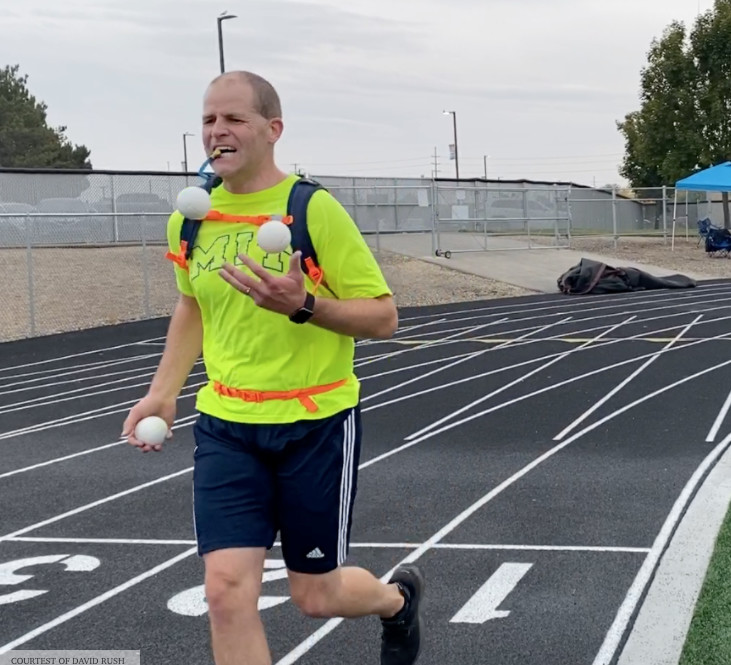 David Rush is no stranger to Guinness World Records. He’s been going after them for years as a way to boost his efforts promoting STEM education in schools—he thought kids would be inspired if they saw a world-record holder. 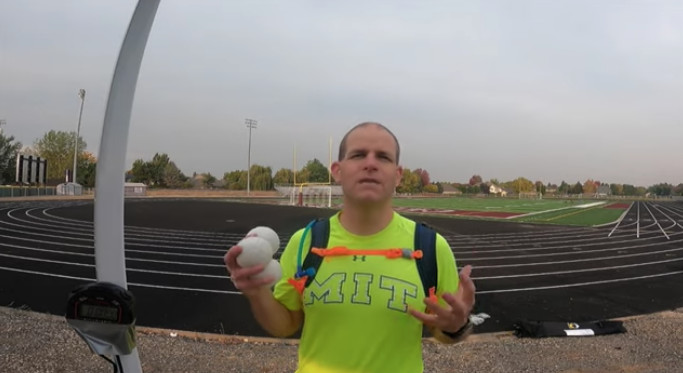 Rush, a longtime juggler, holds records in things like fruit sliced in the air by juggled knives and the most Oreo cookies stacked in 30 seconds. However, joggling—running while juggling—was always at the forefront of his mind after going to school with longtime joggling record-holder Zach Warren.

'The main purpose of these records is to show kids that if you believe in yourself, you can accomplish anything,' Rush told Runner’s World. 'Even though some records still stand, you shouldn’t give up if you miss it. You can become anything you want.'

He started running around 2005, when he got competitive with his brother, who was doing a Thanksgiving half marathon that year. Since 2014 though, he really picked up his running efforts, especially when he started to get into joggling more.

Knowing he didn’t necessarily have the speed to capture various speed records, he decided to focus on the joggling distance record—which meant he had to run 15.5 miles while juggling without dropping a single ball.

Most joggling records—which are generally the fastest time covering a certain distance—are fairly lenient when it comes to drops. As long as a joggler returns to spot of a drop before continuing, the record is valid. But the distance record is different. If there’s a drop, the attempt is over, whether that’s one mile in or 20 miles in.

Another tricky element of this attempt is that a runner cannot accept outside assistance, including being given food or drink, during the attempt. And when your hands are occupied with juggling, nutrition becomes tricky.

'I figured I could go 20 miles without food or water,' Rush said. 'My goal, though, was a marathon if I could do it, so I had to think of a way to get something without breaking the rules.'

With this in mind, Rush opted to wear a Camelbak for the duration of the run, and he tied the tube to his face so he could drink the mix of Gatorade G2 and water he had without using his hands. That meant the straw was in his mouth for the entire run.

Rush’s record attempt, on October 10, went off smoothly. With a camera filming the action and two friends watching as witnesses, he made his way around and around the Centennial High School track in Boise, Idaho.

The juggling didn’t slow down Rush; instead, the bouncing of the Camelbak forced him to shorten his stride and average a 11:19 mile. Still, he cruised through the distance record in 2 hours and 32 minutes, and he just kept going from there.

After over five hours and more than 100 laps, Rush started to wear down. He passed the marathon distance, but a few miles later, a ball finally hit the track, ending his attempt.

Not only did Rush complete his first ultramarathon, but he also crushed the world record by running 29 miles in 5 hours, 21 minutes, and 23 seconds.

'This is one I would consider doing again,' Rush said. 'I was thrilled with 29 miles, but now I’m wondering, How much farther could I go?'

Rush ended up with only one wound from the race. As he ran, the Camelback straw repeatedly bumped into his mouth, causing a blister to form in his mouth that bled a bit during his run.

Despite the usual soreness from running such a distance followed, Rush has since attempted two more world records—the number of times spitting a ping pong ball at a wall and catching it in his mouth, and fastest blindfolded juggling. He also has plans for more joggling attempts, potentially before the end of the year.