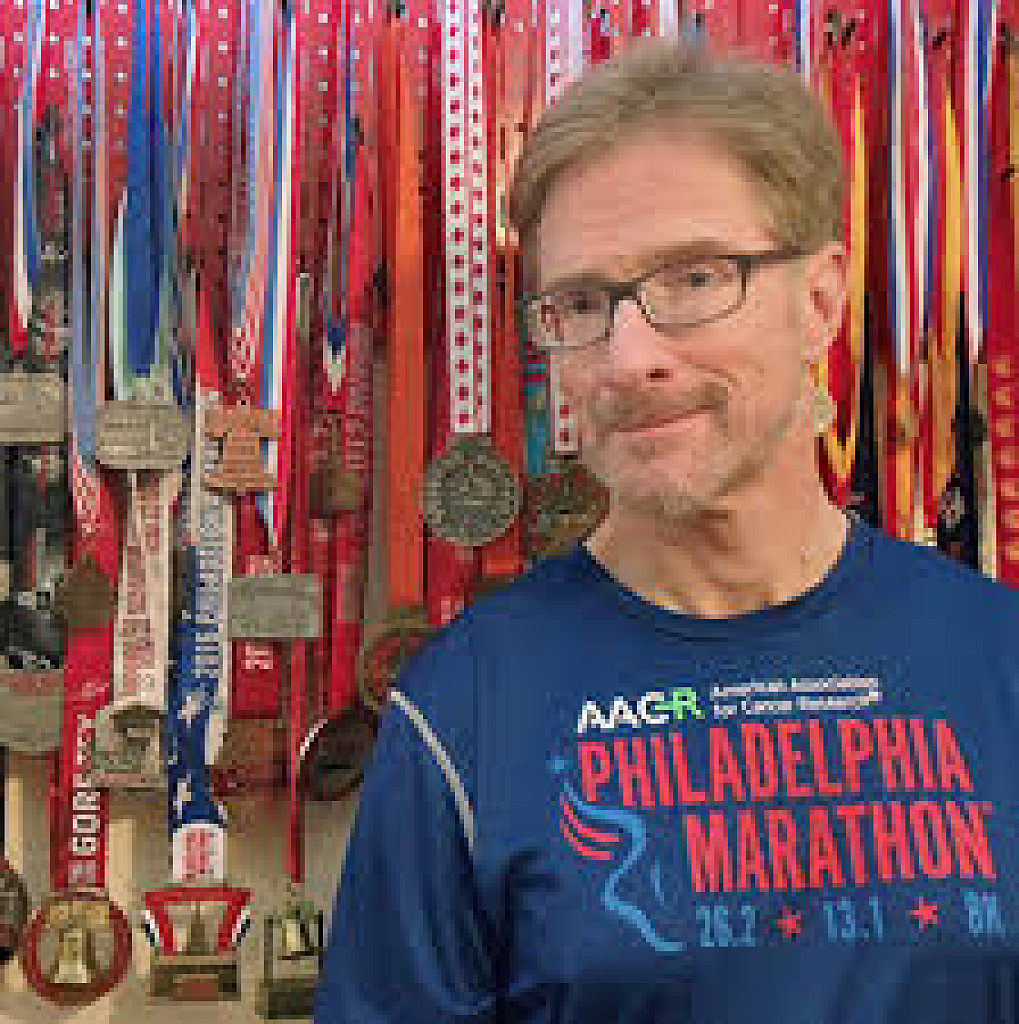 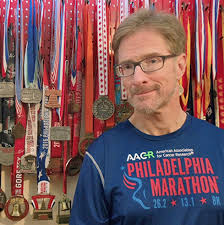 Mark Sullivan is one of only two runners who has participated in every Philadelphia Marathon since 1994. He’ll be competing for the 25th consecutive year. The 56-year-old graphic designer and running coach has completed 176 marathons — more than 4,600 miles — since 1986, including 32 consecutive Boston Marathons, but never set out to make it a goal. “If races ceased to exist, I’d still be a runner,” said Sullivan. “It’s not about the challenge. I just like it.” He did ran track in high school but he didn’t take up running seriously until after college. Working as a technical illustrator early in his career, Sullivan found himself sitting at a desk all day and felt he wasn’t getting enough exercise on the occasional hikes and tennis matches he played with his wife, Robin. “I needed to get out and the cheapest thing to do was run,” he said. Sullivan discovered the outdoor exercise was useful in his work by helping him tap into his technical and creative side. “If I was out running, I could come back (to the home office) and be more productive,” he said. It began with a three-mile loop around his Freeburg neighborhood until “one day I just went and ran six miles,” Sullivan recalled. The outings kept getting longer and by 1985 Sullivan began entering local 5K and 10K races. In addition to running marathons, he’s participated in several ultras too.  (11/02/2018) ⚡AMP