Sir Mo Farah and Steph Twell retained their British 10K road race titles at the Vitality London 10,000 this morning as thousands turned out to run through the sun-bathed streets of the British capital.

For Farah it was his seventh win in seven races on the famous central London course, while Twell took two seconds from her personal best to win the women’s crown for a second time just 24 hours after setting a world mile record for running hand-in-hand.

In the end Farah’s win was easy enough but the four-times Olympic champion was pushed hard by Rio Olympian Andy Butchart and former British Mile champion Nick Goolab before prevailing in 28:15.

“I really enjoyed it today,” said Farah, who was racing for the first time since finishing fifth in the Virgin Money London Marathon last month. “I love coming to London and particularly running on this course. It’s fantastic to win for a seventh time.

“The London Marathon is behind me now. I was a bit disappointed not to run quicker there but I have recovered well and was confident today.” 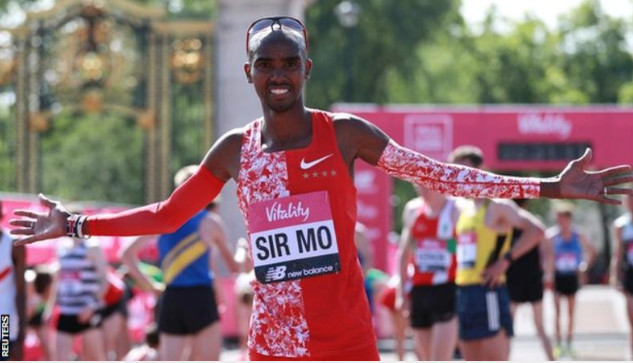 Goolab led the trio through halfway in 14:08 before he dropped back, but Butchart hung on until the last two kilometres, when Farah finally kicked away and put more than 100m between the pair.

“I thought, ‘When am I going to get rid of you?’ He did very well, but I was confident I could do it in the end. This is my race.”

Butchart may have failed to add to his victories here in 2016 and 2017, but the Scot was pleased enough to finish runner-up just 13 seconds behind, matching his personal best from 2016.

“I knew I would have to do the hard work,” said Butchart, who led for most of the first 5K. “But Mo was just chilling really. It’s really hard to lead a 10K and get away from someone like him.

“I wanted a good run and got that. It was only in the last 2K that he pulled away and I’m pleased to equal by PB. It shows I’m ready to run fast in the track.”

As for Twell, she set off at a pelt in the women’s race, running with a small group of male club runners as she established an unassailable lead that grew with every step.

On Sunday she and husband Joe Morwood had smashed the Guinness World Record for the fastest road mile holding hands, but that effort did little to dent her 10K title defence.

“This is a great course and a great event,” said the two-time Olympian who stopped the clock at 31:55. “A personal best and a world record in one weekend can’t be bad. 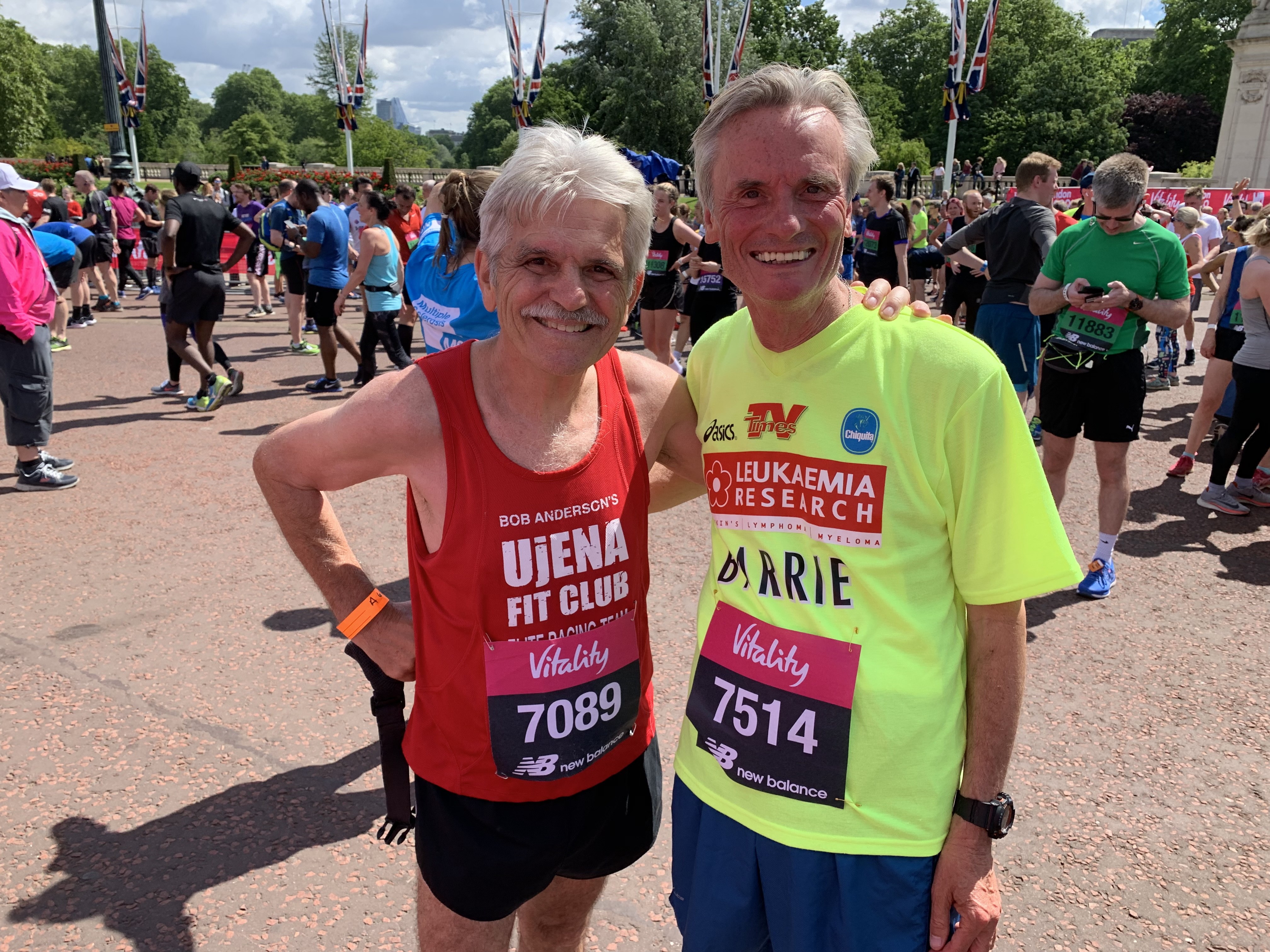 “My legs were fine after yesterday, but I think I felt it in my arms a bit. The bigger races always bring out the best in me, and this is one of the biggest and the best.

“Today was London in its full glory and the crowds were fantastic. I’m just delighted.”

The unheralded Piasecki was also pleased as she clinched the runner-up spot in her best time of 32:33, while Ockenden also took some well-known scalps from a race loaded with internationals as she pinched the last podium place in 32:39, a PB for her by nearly two minutes.

“I saw Steph go off and I knew that was too fast for me,” said Piasecki. “But I ran quite within myself until the last kilometre. That was tough but it was worth it to finish second.”

As an aside,  My Best Runs publisher and founder Bob Anderson placed third in the 70 plus division clocking 49:22.  “What a great event,” says Bob.  “This is for sure a Bucket List race.  It may only be 10k but it is worth traveling too.  Congrats to Mo and Steph, the winners today.”  (Third photo) Bob with Barrie Nicholls (65-year-old runner/actor from London) at the finish line. 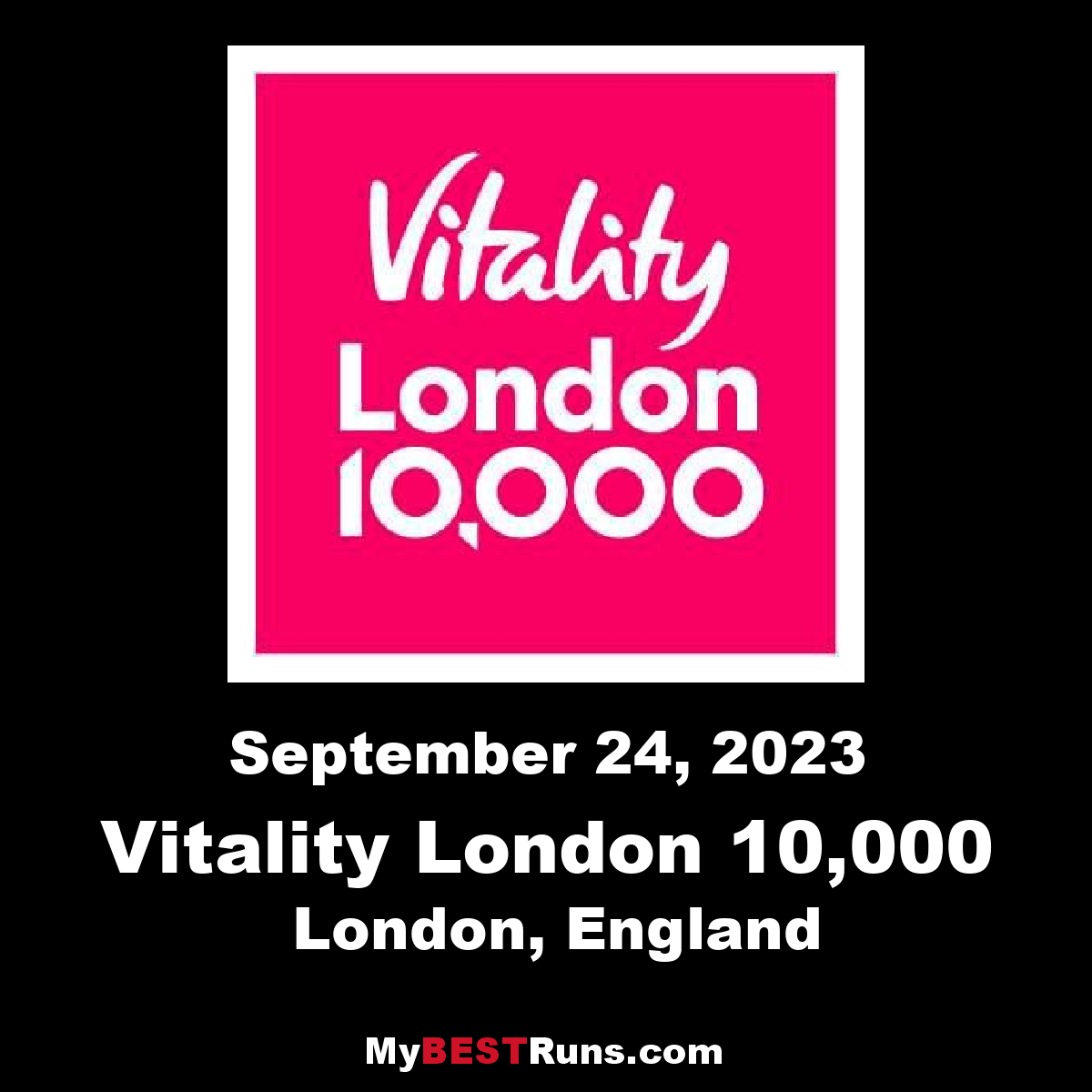 The 2020 Vitality London 10,000 has been postponed and we are working to find an alternative date for the event in the autumn. No new date as of May 19. The Vitality London 10,000 takes you past many landmark sites, including the London Eye, Buckingham Palace and the Bank of England – so you even get to do a bit...