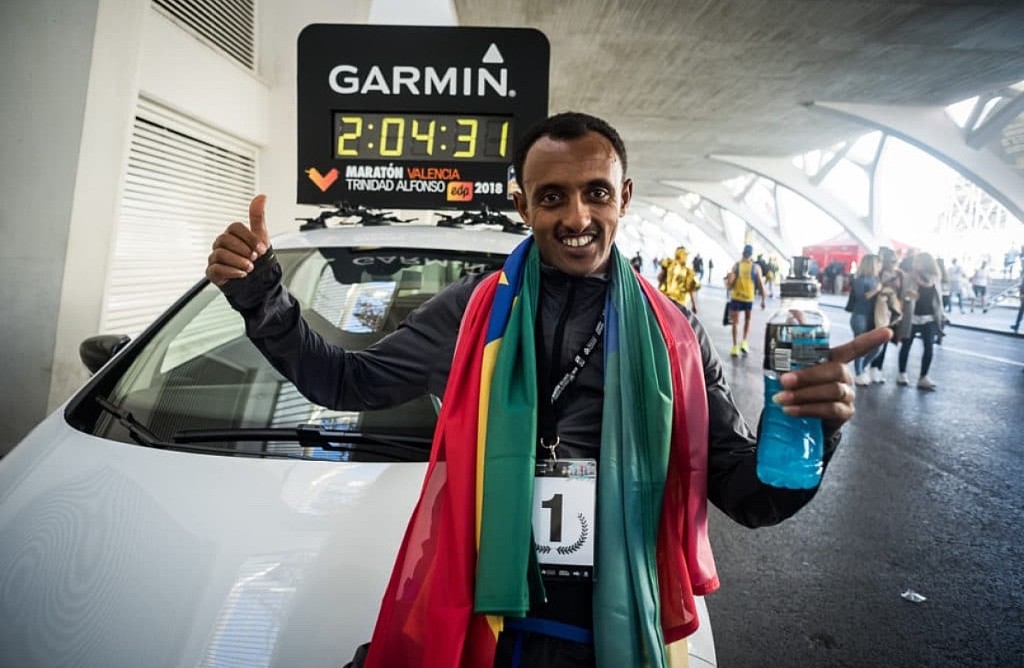 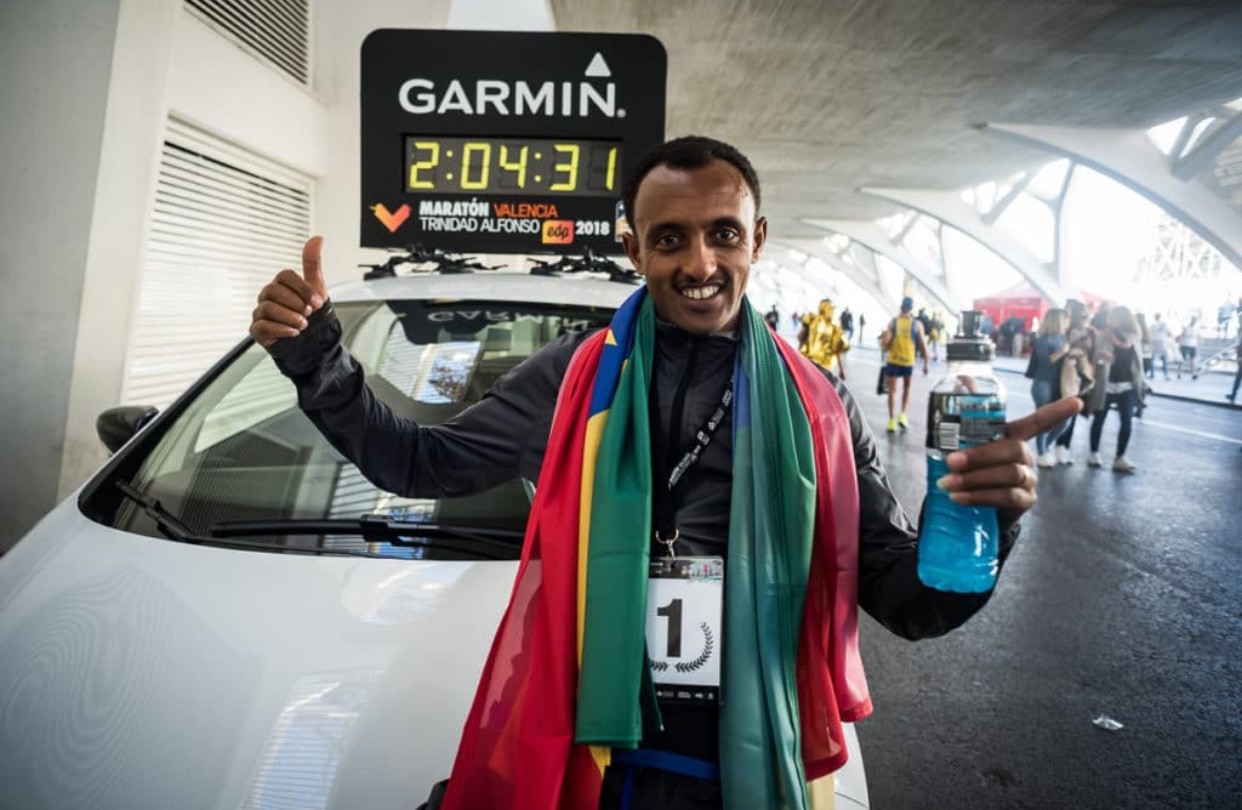 Leul Gebrselassie smashed the Spanish all-comers Record at the Maraton Valencia Trinidad Alfonso, an IAAF Gold Label road race, in the eastern Spanish city on Sunday December 2. Running for just the second time over the distance, the 25-year-old Ethiopian clocked 2:04:30 to finish almost a full minute inside the previous Spanish all-comers record set at this race last year. In a race of exceptionally strong depth, the top-three athletes dipped below 2:05 and no fewer than six men ran under 2:05:30, a figure only bettered in the Dubai marathon this season. In the women’s race Ethiopia’s Ashete Dido obliterated the course record and her previous best in 2:21:14 to take a commanding victory ahead of Kenya’s Lydia Cheromei, the leader for much of the race. Boosted by five pacemakers, the men’s opening splits were quite fast with the large heading group going through the five and 10-kilometer points in 14:48 and 29:47 respectively. By then, all the main favorites – Gebrselassie and the Kenyan pair of Mathew Kisorio and defending champion Sammy Kitwara – ran close together in ideal weather conditions of 55F (13C) and very slight wind.  Leul’s time is the fifth fastest winning time of marathons run over the last 12 months according to My Best Runs.  Only Berlin (2:01:39), Dubai (2:04:00), Amsterdam (2:04:06) and London (2:04:17) were faster.  2018 is clearly the best marathon year ever. (12/02/2018) ⚡AMP