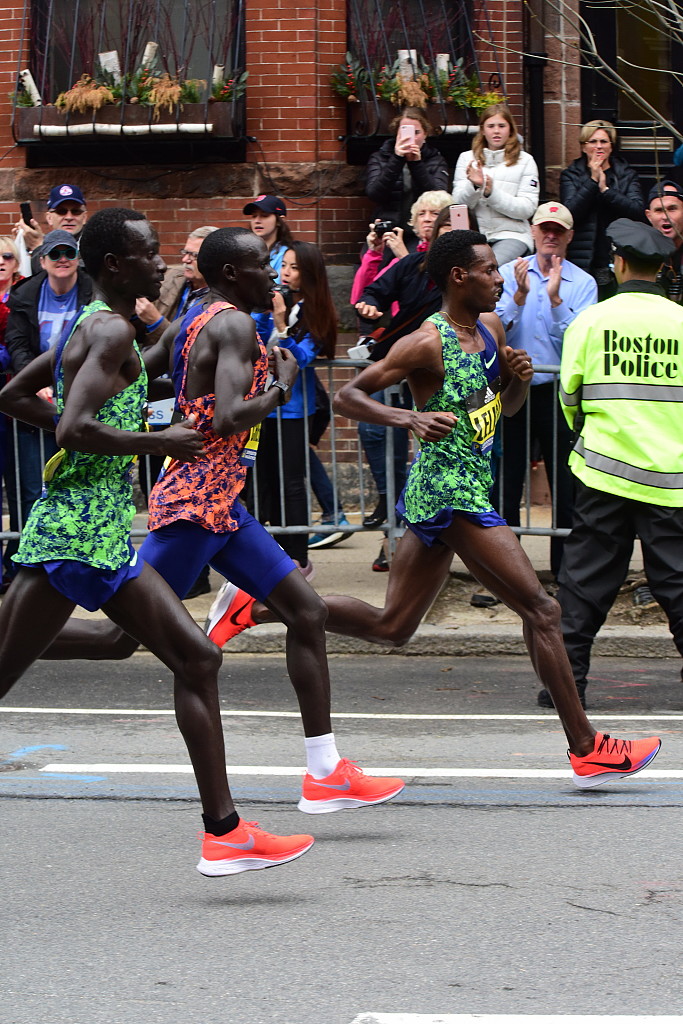 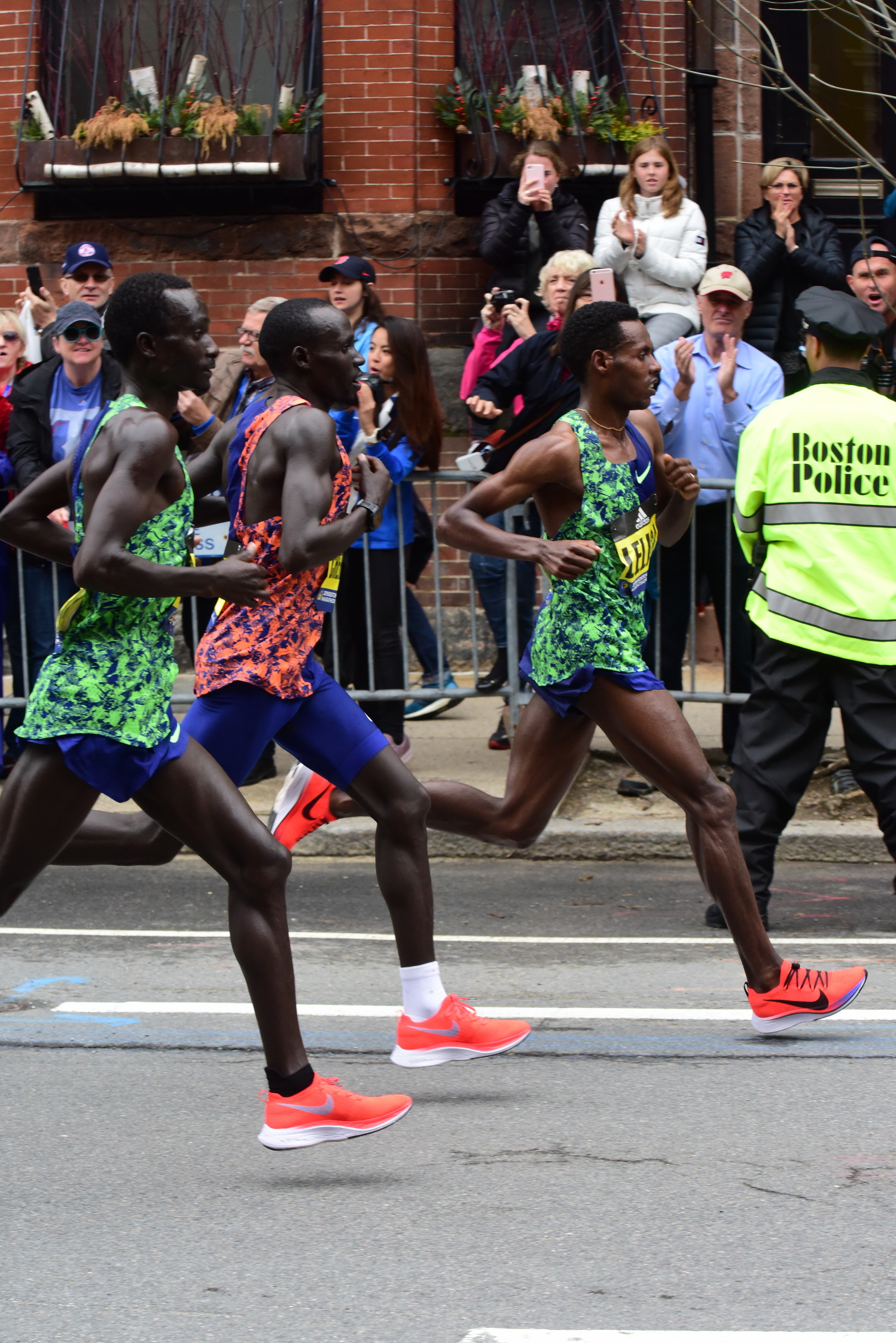 It was a sprint to the finish at this year's Boston Marathon.  A three-person race down the stretch on Boylston Street turned into a two-man, all-out sprint and Cherone of Kenya emerged in front of Lelisa Desisa.  Cheroono's time was 2:07:57, best time since 2011, while Desisa clocked a 2:07:59.  Kenneth Kipkemoi faded in the final 300 yards and placed thired in 2:08:06. 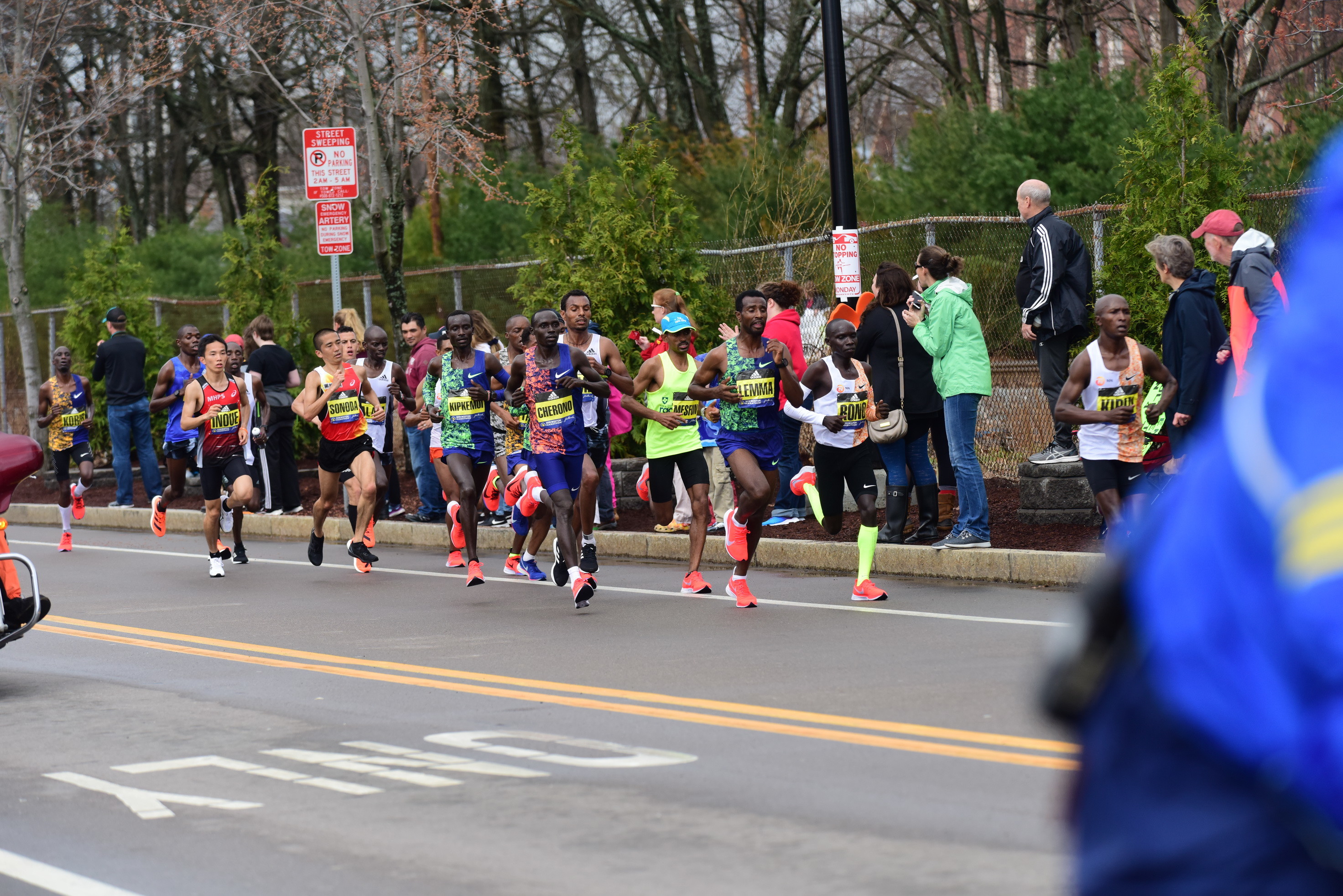 Going into Boston Lawrence was the winner of six marathons and was the fastest man in the 2019 Boston Marathon field, Cherono brought both speed and strength to his Boston debut. His personal best was earned with a course record win at the 2018 Amsterdam Marathon (2:04:06). He also won the 2017 Amsterdam Marathon, the 2016 and 2017 Honolulu Marathon, the 2016 Prague Marathon and the 2015 Zurich Marathon. In his first Abbott World Marathon Majors event, he finished seventh at the Virgin Money London Marathon in 2:09:25. 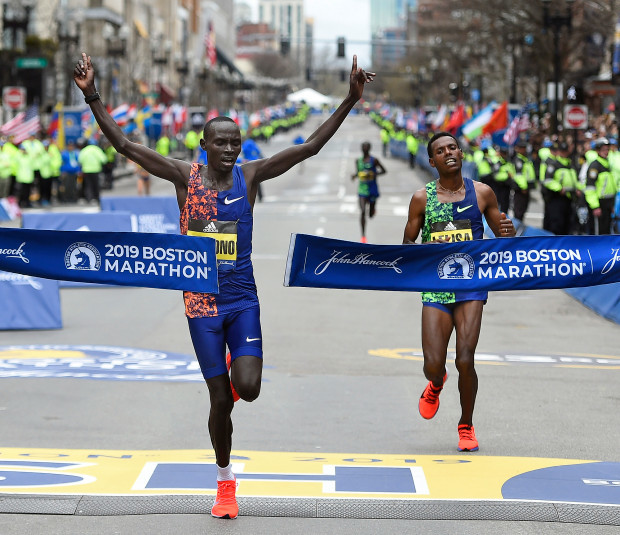 Cherono’s coach is 2007 Boston Marathon runner-up James Kwambai. He says winning the Amsterdam Marathon in a course record time has been a career highlight.

Last year Geoffrey Kirui was intent on defending his Boston crown, but after pulling away from the front pack and leading many of the closing miles, he was caught by Yuki Kawauchi and had to settle for second in 2018.

This year at 20 miles Geoffrey was leading clocking 1:38:37 but in the end he faded to fifth about a minute behind the winner.