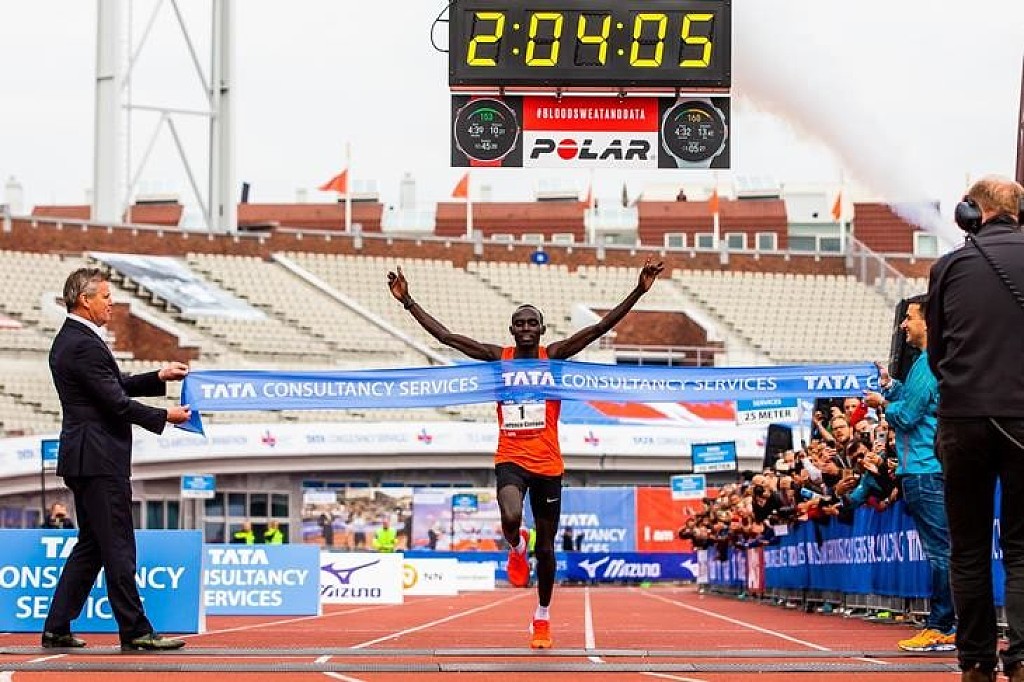 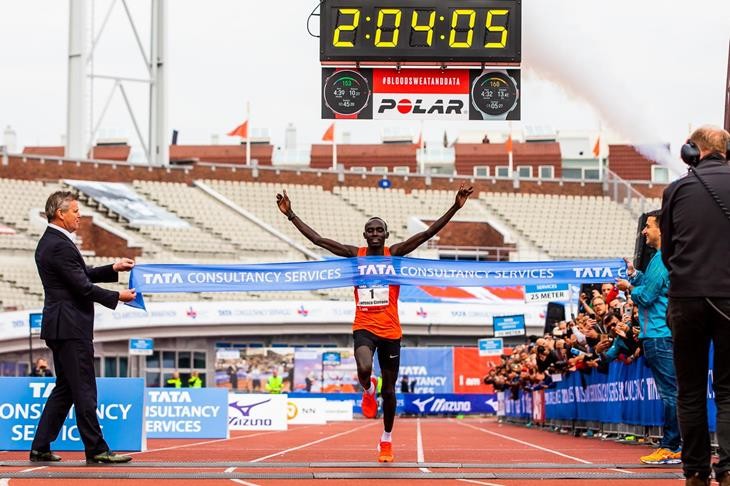 Kenyan’s Lawrence Cherono shattered the course record at the TCS Amsterdam Marathon, clocking 2:04:06 at the 43rd edition of this IAAF Gold Label Road Race on Sunday October 21. Running in nearly ideal conditions with cloudy skies and very light winds - Cherono clipped more than a minute from the 2:05:09 course record and lifetime best he set last year. The 30-year-old also broke the Netherlands' all-comers record of 2:04:27 set by Duncan Kibet in Rotterdam in 2009. A lead group of 14, including Cherono and Kenenisa Bekele, sped through the opening five in 14:33 and 29:08 through ten, in range similar to the 14:29 and 29:01 splits that propelled Eliud Kipchoge to his world record run in Berlin last month. The leaders reached 15 in 44:03 and 20k in 59:00, well inside the 59:52 course record pace that guided Cherono last year. When the half was reached in 1:02:11, 11 men still remained in contention.  But after 25 kilometers (1:13:48) the lead group slowly began to unravel. The last remaining pacesetter, Edwin Kiptoo, completed his chores just before the 30 -mark, with Bekele, Özbilen and Alamirew falling back soon thereafter. Cherono switched gears near the city's Filmmuseum before pulling away for the decisive victory. "I am happy with my race," said Cherono, whose performance squalled the fourth fastest run of 2018. "Today the weather that was very good: little wind and an ideal temperature. That made it possible to run harder this year. My goal was to run 2:04 and that worked." Wasihun and Deksisa were next, clocking 2:04:37 and 2:04:40 respectively, also under the previous course record. There was good depth behind them. Kipketer was fourth in 2:06:15, Özbilen fifth in 2:06:24 and Laban Korir sixth in 2:06:33. Abate (2:06:47) and Jonathan Korir (2:06:51) also broke 2:07. Bekele meanwhile didn't finish, dropping out near his hotel at about 40 from where he chose to walk back to his room. (10/21/2018) ⚡AMP