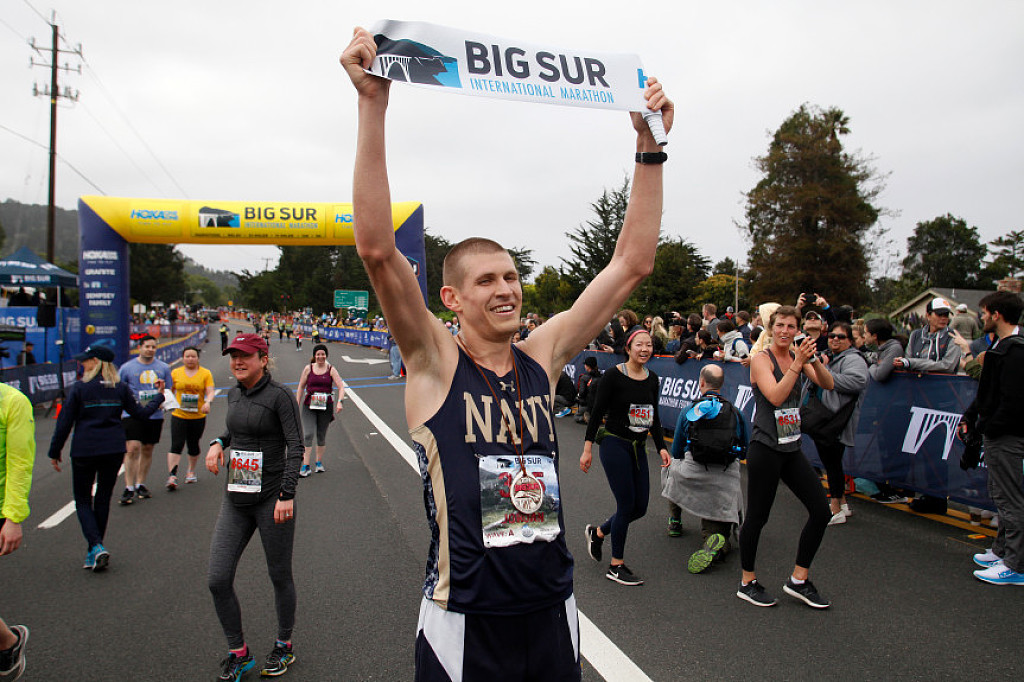 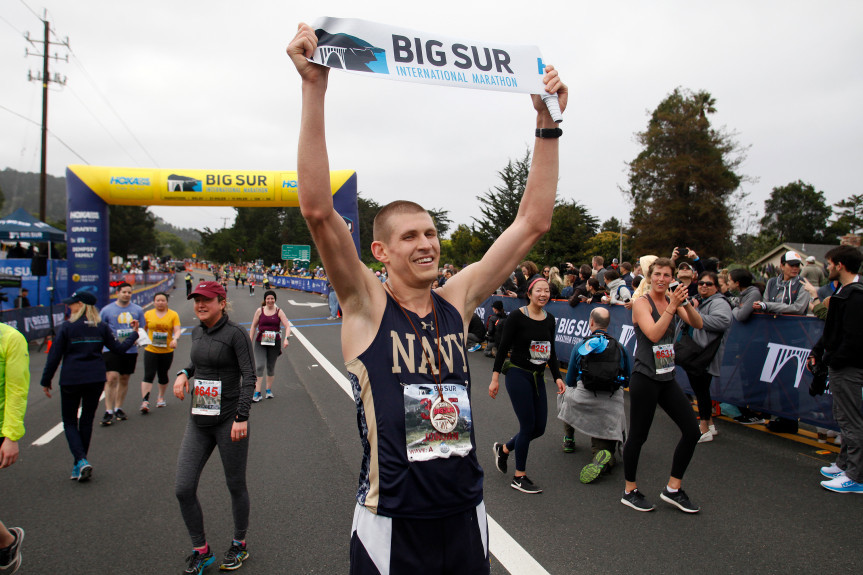 The Big Sur International Marathon had more than 4,000 runners tackle the 26.2-mile course along the Pacific Ocean on Sunday.

This is the first year in a long time that a new face has won the marathon.

Tropf is a Navy doctor from Silver Springs, Maryland, who said that he set a personal record on Sunday. He was the race leader from start to finish. 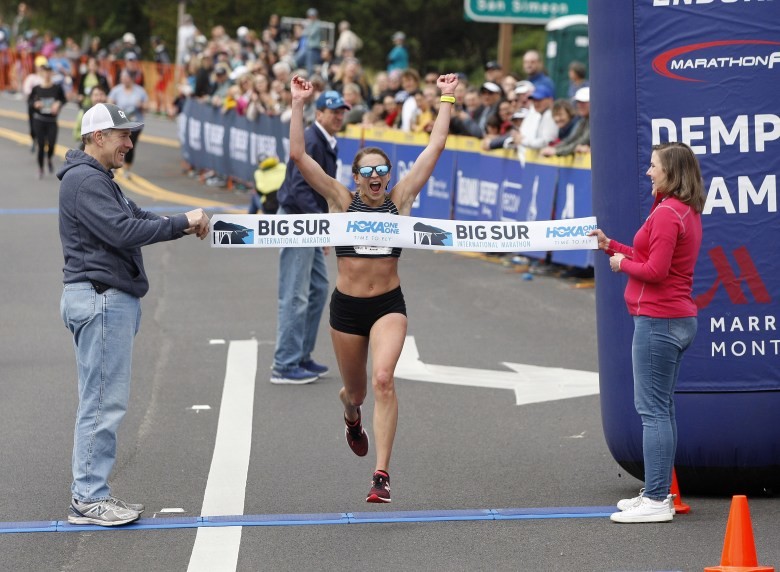 Adam and Michael have dominated the annual race the past few years, having won the last seven races between them. But Wardian told Roach before the sun came up Sunday to be aware of Jordan Tropf, who won the Baltimore Marathon in 2017.

“I didn’t know he was even in the race until Michael mentioned him on the ride out,” said Roach, a Pacific Grove resident.

Tropf wasn’t on the list of elite runners entered in the race, although he is ranked among the nation’s top 200 marthoners having run 2 hours, 27 minutes and 23 seconds at the Boston Marathon on April 15 and 2:26.45 in the Marine Corps Marathon in October. 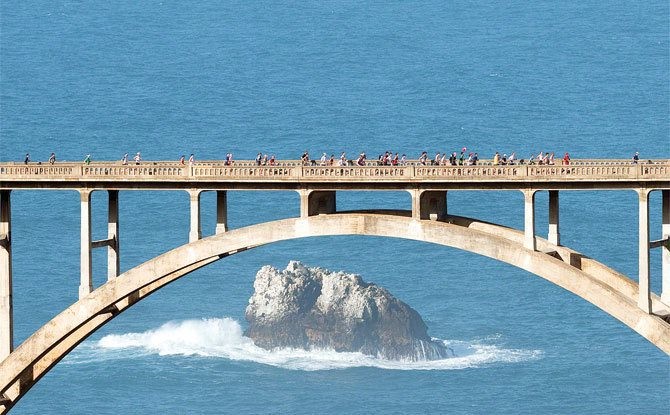 But Roach wasn’t sure which runner Tropf was until a few miles into race. By then, the Navy doctor had become a blur ahead of him, running off with the men’s division in 2:25:22.

“I had set a goal to get under 2:30,” said the 27-year-old Tropf, who is in the Naval Academy. “I just went out and ran my race and didn’t worry about anyone else.”

D’Ann Arthur of Redondo Beach didn’t let a night out for a wedding slow her down, as she went out and won the women’s race in 2:48.40 — nearly 13 minutes faster than last year’s winning time.

Tropf set a blistering pace that caught Roach — a five-time champion at Big Sur – off guard. He led from the start and gradually extended his lead throughout the 26-mile, 385-yard majestic course. 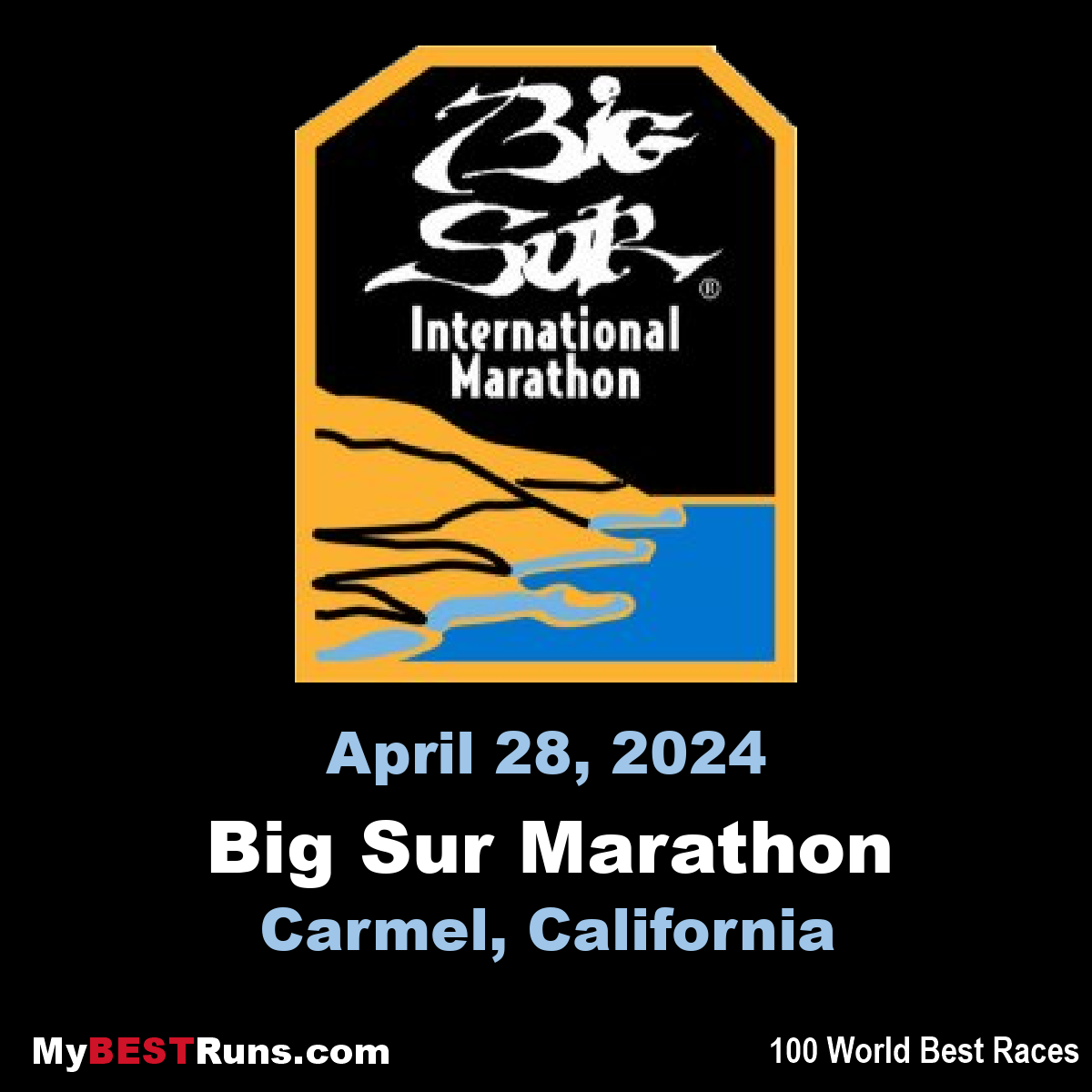 2020 was postponed and moved from April to November 15th. This is a confirmed date. The Big Sur Marathon follows the most beautiful coastline in the world and, for runners, one of the most challenging. The athletes who participate may draw inspiration from the spectacular views, but it takes major discipline to conquer the hills of Highway One on the...