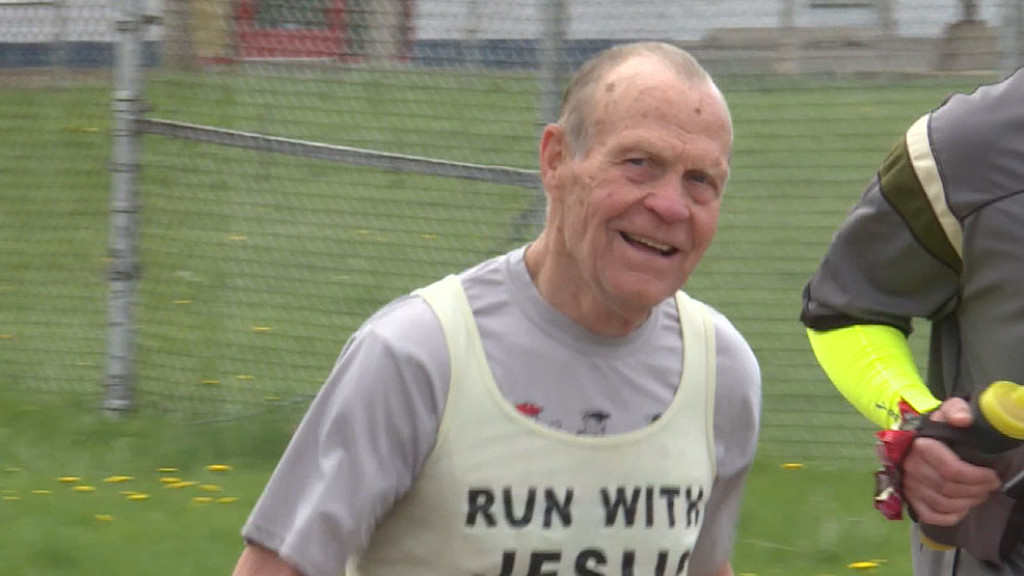 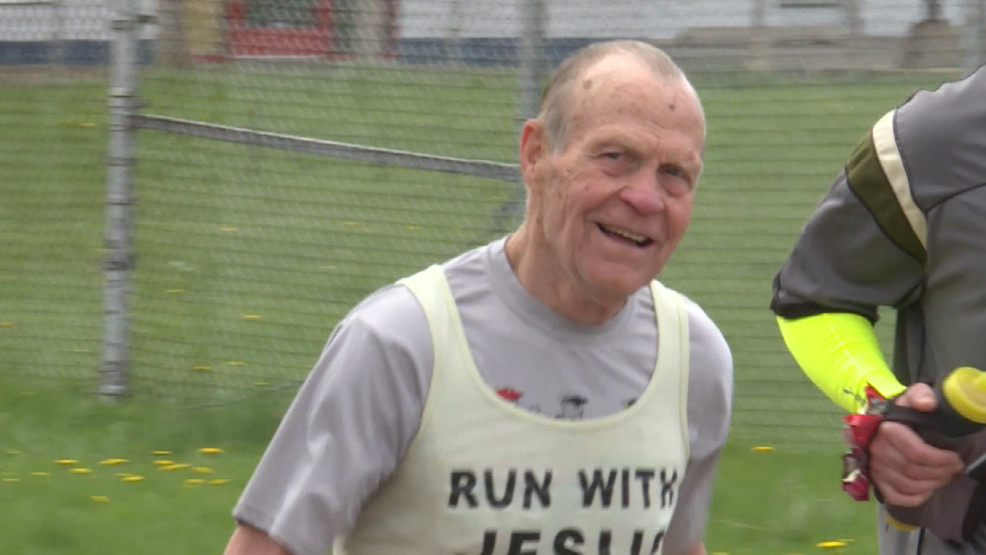 Jerry Johncock didn’t start running until he was 50-years-old. Now he smiles with every stride. “A lot of people think that after you're 40 or 50 you can't run anymore,” Johncock said.  It all started when Johncock’s sons wanted their dad to run a race with them in Delton, Michigan. “They said why don't you run that 8-miler with us? I said I can't get in shape in a month like you kids can.” Little did Johncock know, that was only the beginning of an incredible racing career that would span four decades. “The more I ran, the easier it became,” he said. Johncock would go on to set records at races across the country. “This picture is from the 2002 Boston marathon, I got 4th in my age group that time,” Johncock said, showing off old race photos and awards. “This one (from the Detroit Marathon) is when I was in my 60’s. I won that race twice in my age group.” He's accomplished more after the age of fifty than most runners in a lifetime. “How many races? Five or six hundred. I've run 116 marathons,” Johncock said. He believes racing is what has kept him going strong over all these years. “It's the best thing I've ever done for my health, I haven't been sick in 10 or 15 years,” Johncock said. Jerry ran the Kalamazoo Half Marathon on Sunday and clocked 3:55:36.  (05/07/2018) ⚡AMP
by Jake Berent/ Newschannel 3