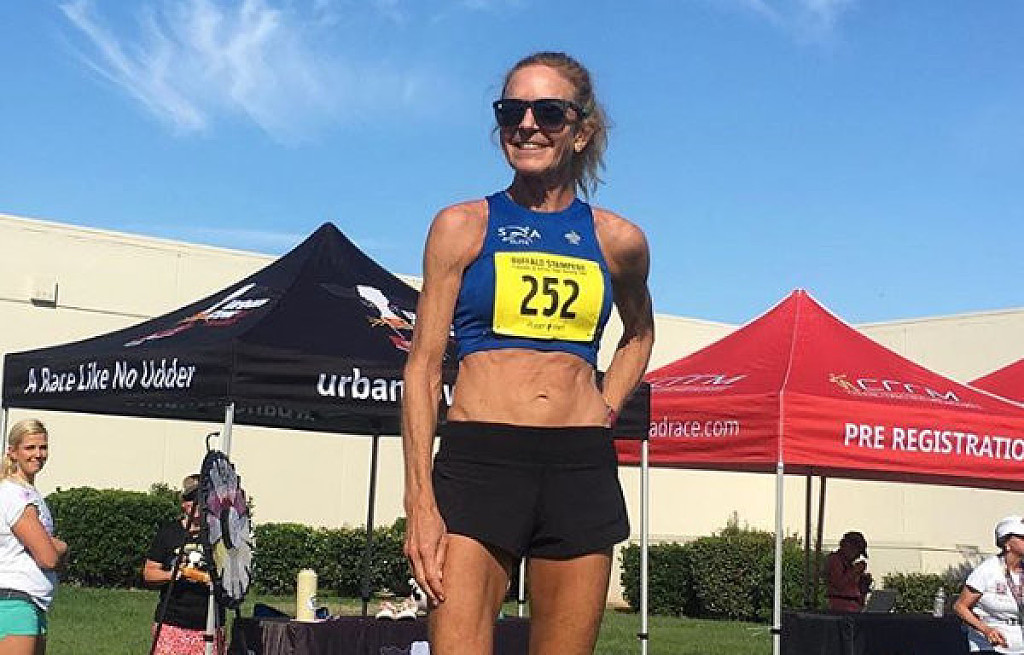 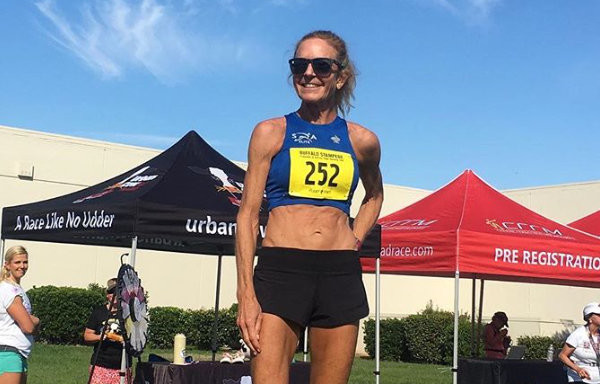 Fifty-five-year-old Jenny Hitchings of Sacramento, Calif. has been on a roll, breaking no fewer than four national US age group records since turning 55 on July 1.

Most recently, she took down Joan Benoit Samuelson‘s 55-60 10K record at the Sacramento Food Bank’s Run to Feed the Hungry 10k, clocking 37:29–almost a minute faster than Samuelson’s record of 38:20, set in 2014. But this was only Hitchings’ most recent accomplishment. Starting in August, she has broken no fewer than three other US age-group records.

On August 11 she took down Shirley Matson’s 5K record, set in 1997 at the Carlsbad 5000, with an 18:05 finish at the Susan B. Anthony Women’s 5K. In early September she broke the 10-mile record held since 1998 by S. Rae Baymiller, with a 1:01:20 finish at the Buffalo Stampede in Sacramento. And in early October at the Urban Cow Half Marathon, she set her third national age-group record of the year clocking 1:21:18 beating Shirley Matson previous record.