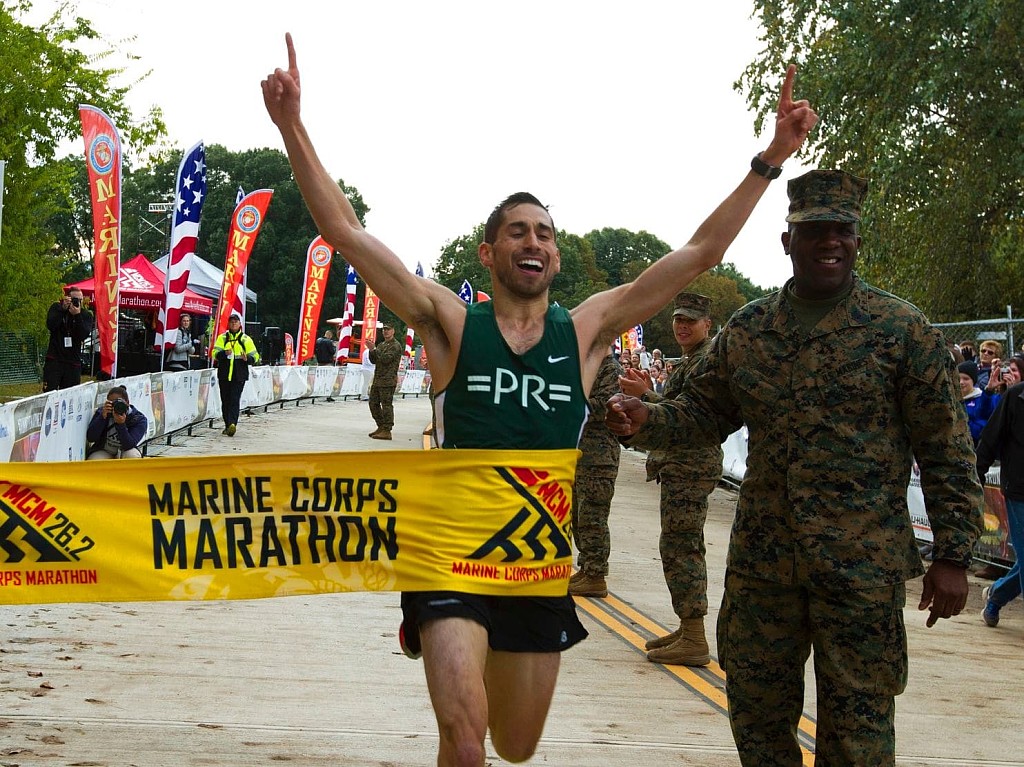 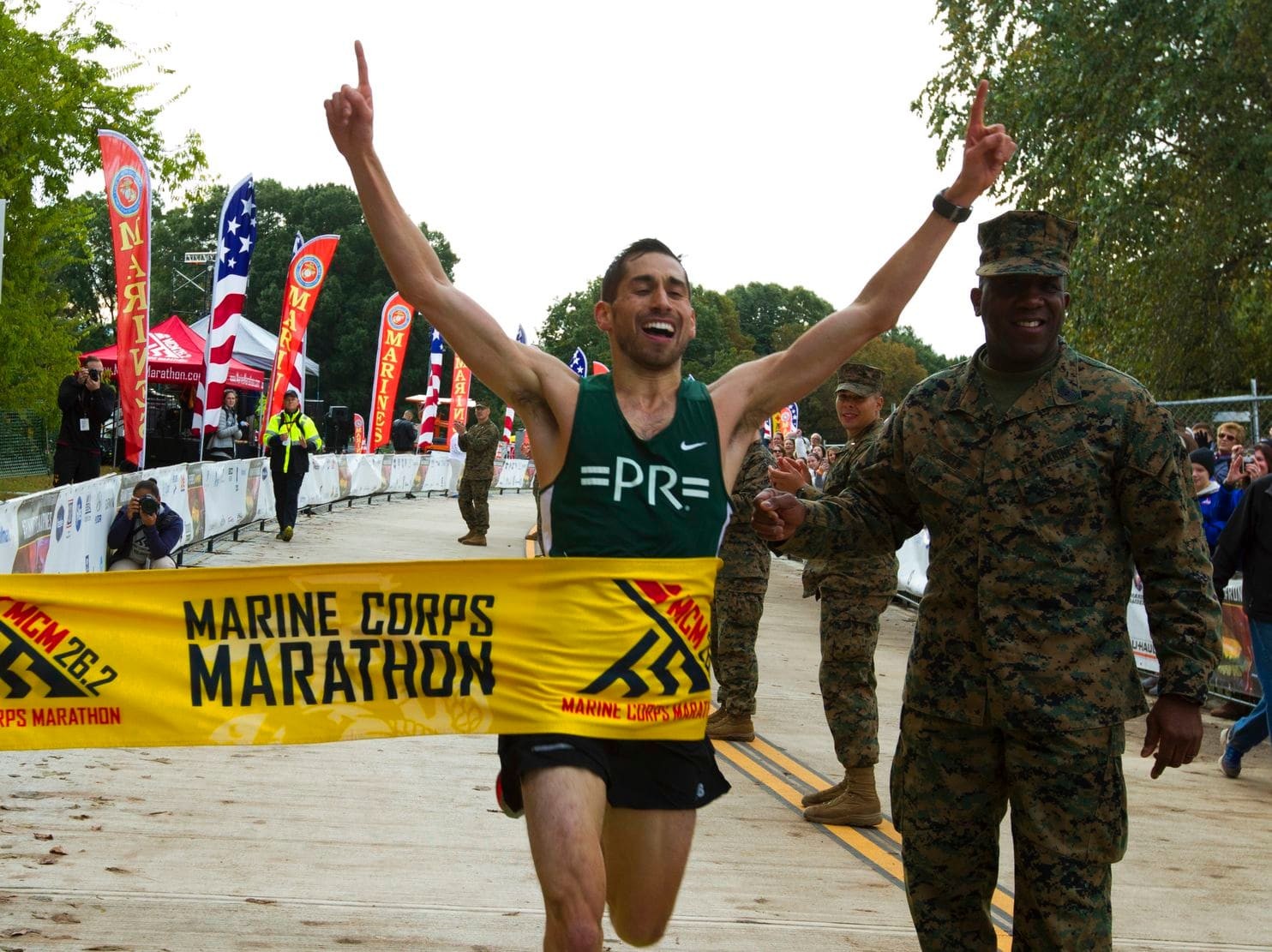 Two months ago, Jeffrey Stein had no idea that he’d be participating in — let alone winning — the 43rd Marine Corps Marathon. Mired in a trial that required his full attention, the 32-year-old Washington DC resident and public defender was only able to carve out time to run during his daily commute to and from the Archives building. “When you’re in trial, you usually can’t train, and you can’t run because you’re in trial 24/7,” Stein said after Sunday’s race, which brought almost 21,000 runners to its course. “I bought a run commute backpack, which let me run to and from work. No marathon-specific training, but it allowed me to keep a baseline fitness.” Those five-mile runs were all Stein needed to come out on top, as he notched his first career marathon victory with an official time of 2 hours 22 minutes 49 seconds. California resident and Navy Lieutenant Patrick Hearn crossed the finish line 37 seconds later to claim second place, while Navy Lieutenant Commander Will Christian of Chesapeake, Va., came in third in 2:24:23. (10/29/2018) ⚡AMP