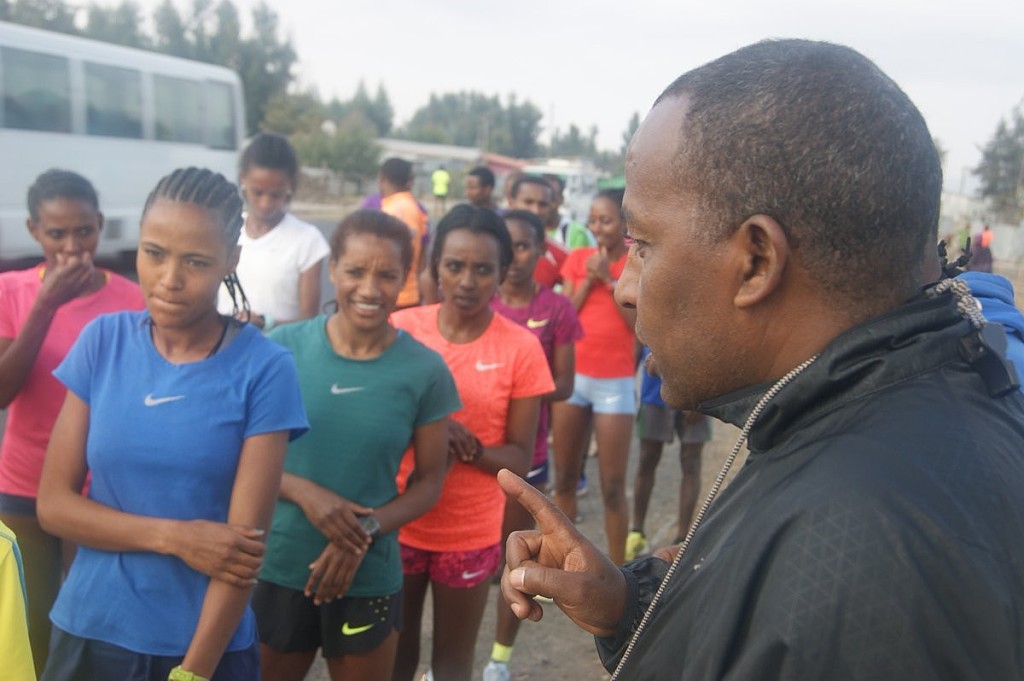 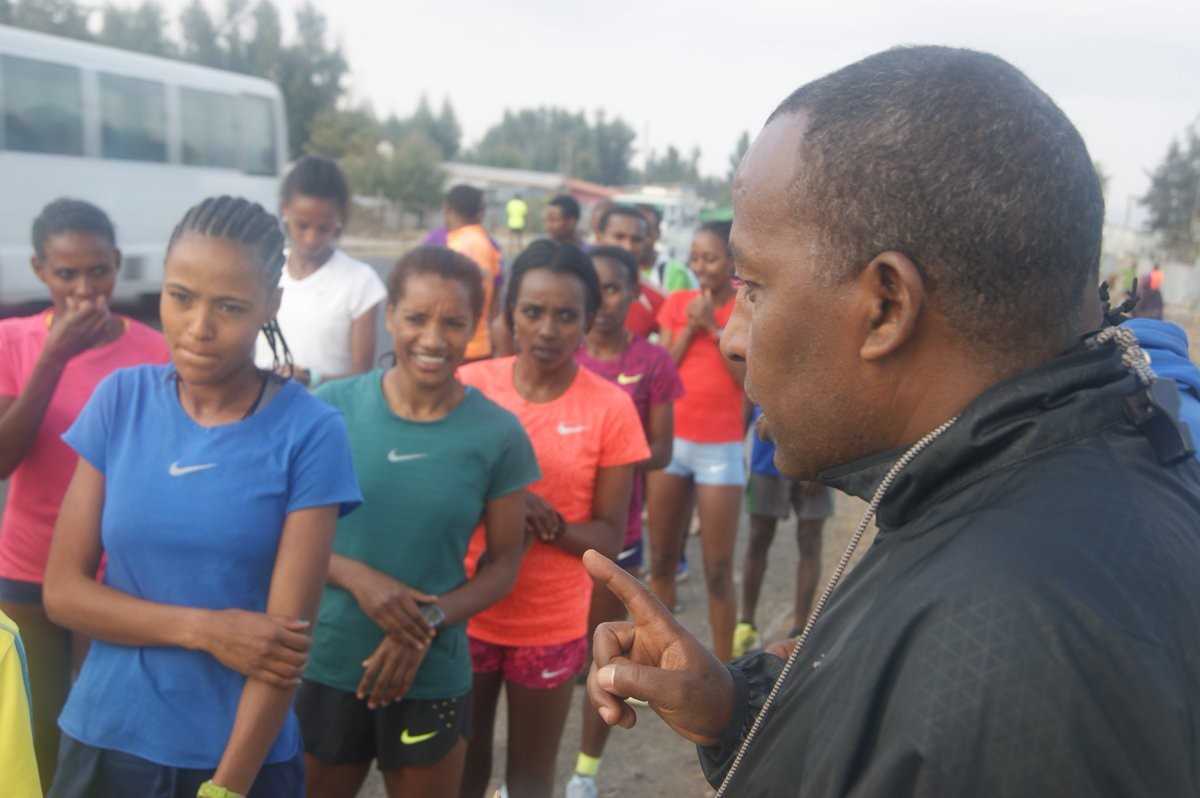 “This is very difficult work,” coach Haji Adilo says as we drive past an elderly woman toting a bundle of sticks on her back down Entoto Mountain in northern Addis Ababa, Ethiopia, on a Thursday morning. “She’ll probably only get a few hundred birr for this.” Then he pulls out a 100 birr note (a little more than $3) from his pocket and hands it to her through the window of his black Toyota.

Four-and-a-half hours earlier, as the sun was just beginning to rise, we were driving up the same mountain for a training session. Adilo, 44, was monitoring a different kind of difficult work — often glorified in Ethiopia: marathon running. Entoto Mountain stands around 10,000 feet and overlooks Ethiopia’s burgeoning capital city. It’s the highest nearby reachable point to push athletes to their peak endurance and part of the schematic planning that Adilo oversees as coach of Ethiopia’s preeminent marathon training group.

When we arrive, Adilo greets his two brothers and assistant coaches, Kassim and Moges, and his 100-plus athletes, taking the time to shake everyone’s hand individually and kiss each of them on the cheek. He then orders a one-hour-and-40-minute endurance run for most athletes and an easy 45-minute jog for those about to head out to the Berlin Marathon. Among the latter group is Kenenisa Bekele, who would win that week, two seconds shy of world-record time. Lelisa Desisa leads another pack, and two weeks later, he’d become the world champion in Doha, Qatar. Now Desisa is looking to defend his New York City Marathon title this weekend — requiring quick-turnaround training arguably more innovative than Eliud Kipchoge’s recent feat of finishing a marathon in under two hours. 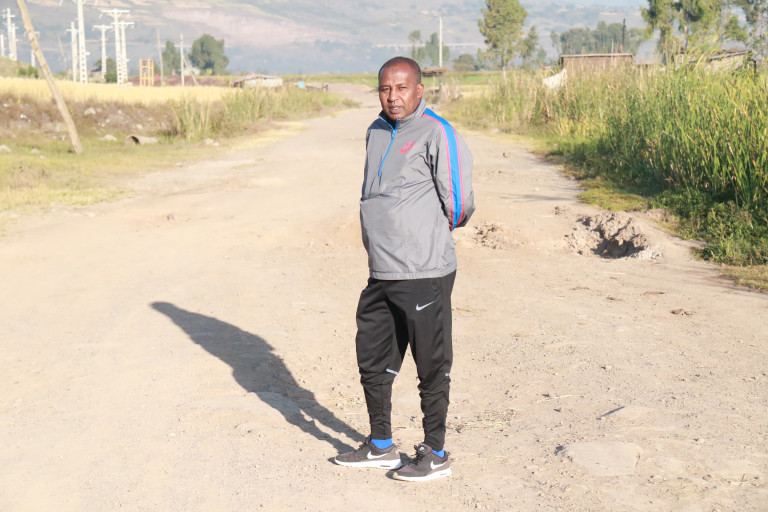 As the athletes head off in single-file lines, zigzagging their way through the eucalyptus forest, Haji, Kassim and Moges jog next to each other, looking to spot their athletes, observe their form, talk strategy and share a few jokes.

Countless stars from Ethiopia throughout the last few decades have trained under the tutelage of the Adilo family, who, as former athletes, understand the slog. Thus, the brothers are constantly talking to their athletes and consulting with each other to see how each individual is feeling physically and emotionally.

“Our philosophy is structured around the athletes maintaining interest and excitement in the training,” Adilo says. “So one day we might go to Entoto for endurance training, but then we may drop down to [lower-altitude] Sebeta for speed work.”

At the end of some training sessions, the coaches host an open forum, where the athletes and supporters — partners, siblings, etc. — can voice concerns and express feedback. The coaching magic occurs by taking each individual’s training progression, race date and mental, physical and emotional health into consideration, then producing workouts that upward of 90 people can do together: collectivism in an individual, often solitary, sport.

But extensive familial ties are more than a coaching style for the brothers — it is a way of life. Adilo was raised in an agrarian family with 13 siblings near Mount Chilalo in the Arsi province, famed for being the birthplace of many Ethiopian icons. He went on to win several international marathons, but his career was cut short due to injury. Now, at any given time, up to 17 extended family members reside in his sizable Addis Ababa home. And Moges lives five houses down.

Adilo has always incorporated attention to athletes’ entire well-being, from advising them about financial investments to sharing personal experiences. In 2006, he and Hussein Makke, of Elite Sports Marketing & Management, met through a mutual Ethiopian friend. From there, they began working together to develop the next great crop of Ethiopian distance runners.

“What makes Haji such a good coach is his ability to read each athlete individually,” Makke says. “He’s very understanding and genuine.”