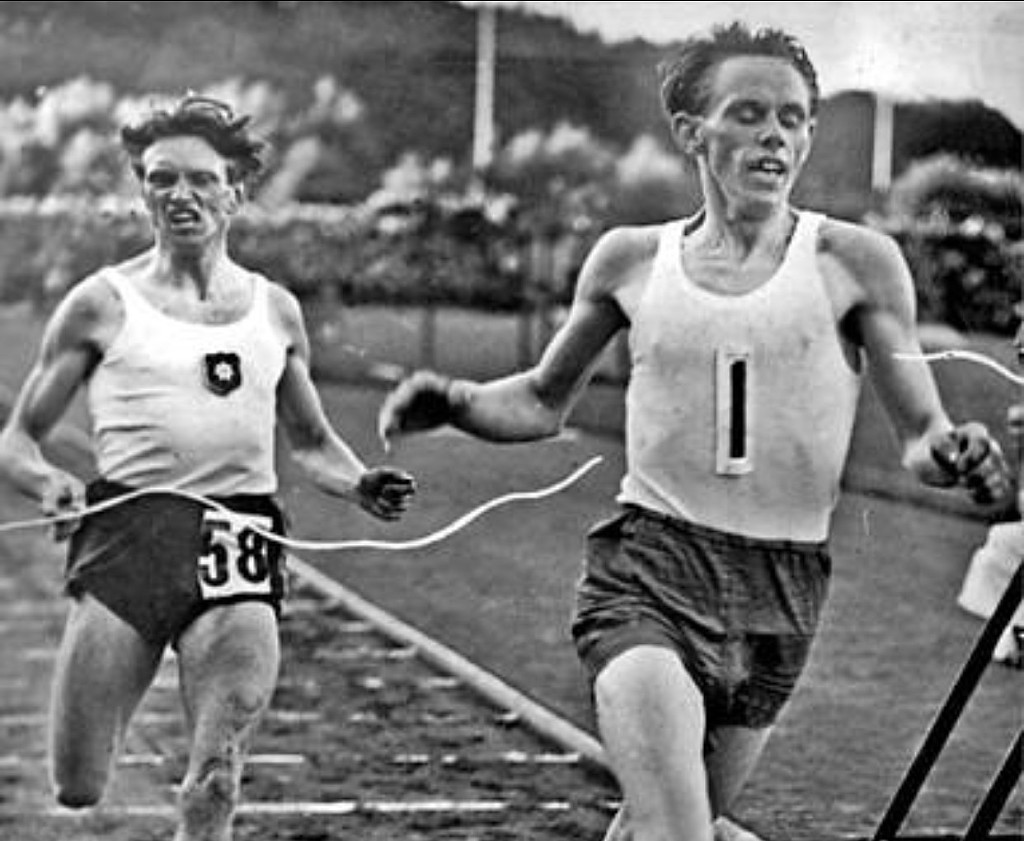 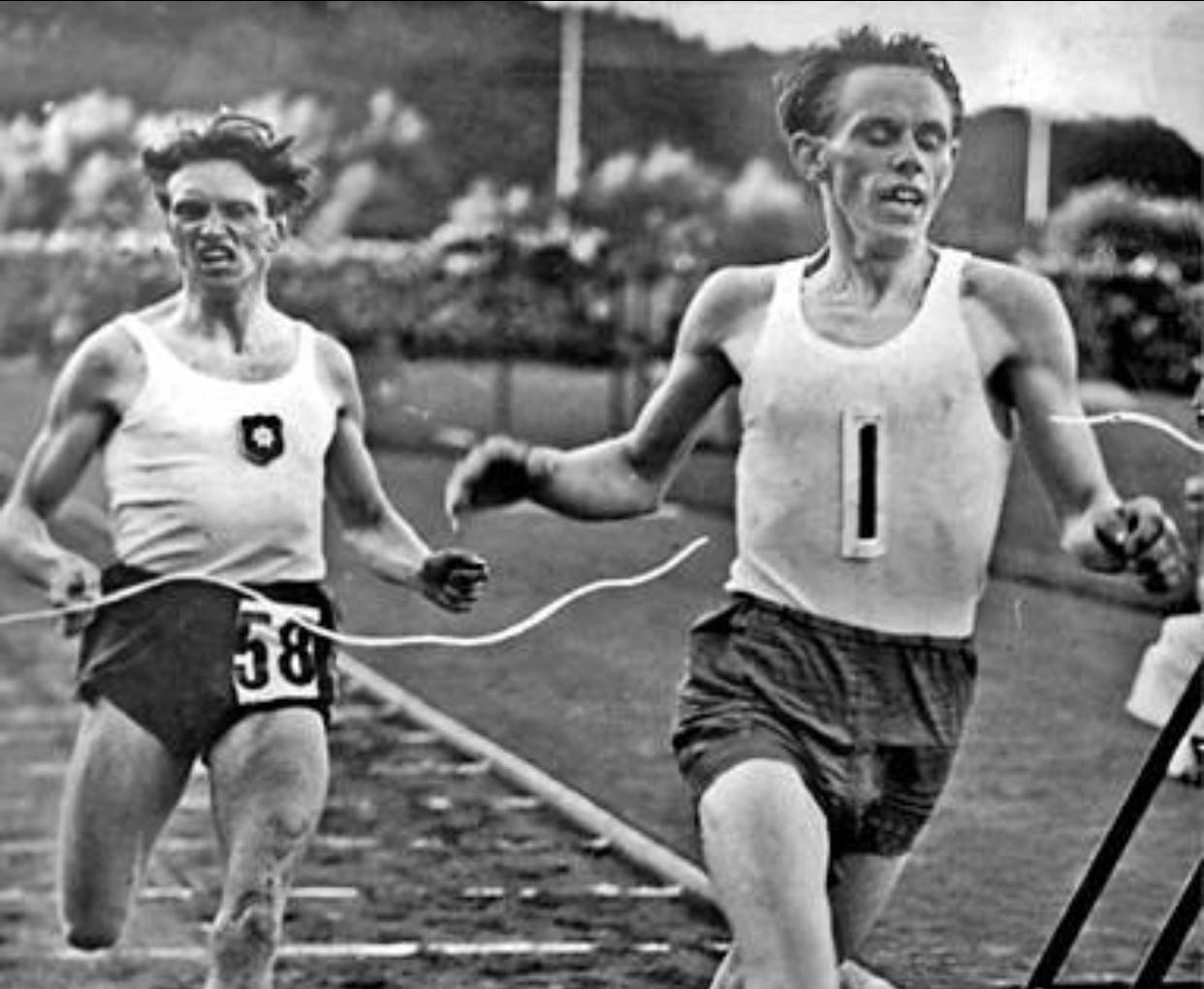 DID YOU KNOW: Gunder Hagg set over a dozen middle distance world records at events ranging from 1500 to 5000 meters, including three at both the 1500 meters and the mile, one at 3000 meters and one at 5000 meters. It all began on New Year’s Eve 1918 when Gunder Hägg was born on a small farm in the forests of northern Sweden. From a fairly early age he had to help out on the family farm where the main income came from timber work. His school was three kilometers away a distance which he walked, ran or travelled by ski (in the winter) every day. Hagg and fellow Swede, Arne Andersson, lowered the record for the mile to just over four minutes (4:01.4). Both athletes set three world records for the mile. However, Hagg had the last word when he ran 4:01.4 in Malmö, Sweden in 1945 (Hagg’s record was not broken until Roger Bannister ran the first sub-4 mile in Oxford in 1954). Hagg was also the first man to run a sub-14 minute 5000m. All these performances were run on cinder tracks. He certainly made his mark in athletics history: At the main distances (1500m, 1 Mile and 5000m) his records stood until 1954, for about a decade! Gunder Hagg passed away November 27, 2004 at the age of 85. (04/06/2018) ⚡AMP