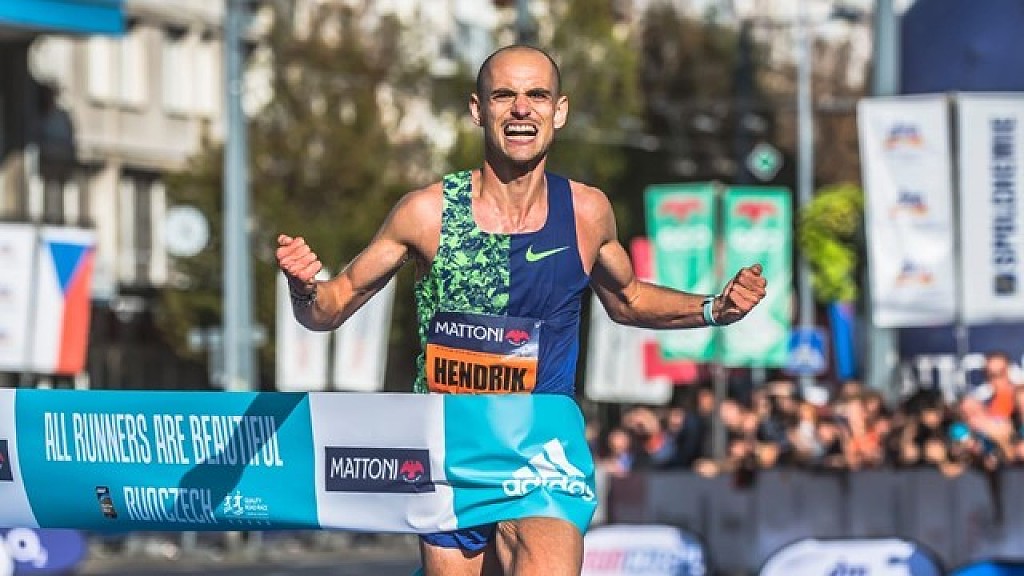 At the fifteenth kilometer mark Jess Piasecki and her Ukrainian rival Daria Mykhailova - who was contesting her third EuroHeroes Challenge race of the season - had broken away from the challengers and in the end victory went to Piasecki in 1:11:34, enhancing her personal best by two seconds.

“The time is great, though I had wanted to do it a bit faster. I mainly concentrated on beating Daria. The finish was pretty tough. It was a good performance because I’m training for the Frankfurt marathon,” said Piasecki.

Mykhailova had to settle for second but she had more than good reason to be pleased with her efforts. Her time of 1:11:36 was nine seconds better than her personal best to date and it also meant she emerged as the overall winner of the EuroHeroes Challenge. 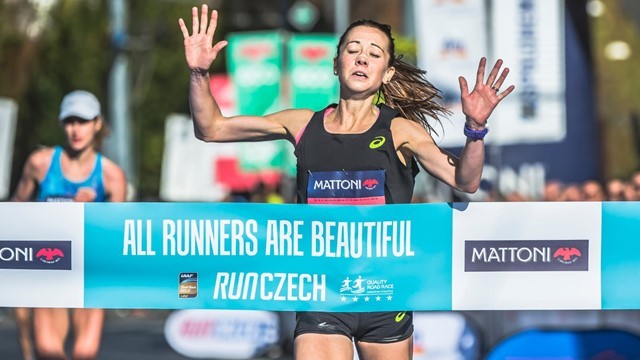 Experiencing difficulties on the course, the anticipated series winner Lilia Fisikovici from Moldova only managed sixth place (1:14:06) and was thus toppled off her throne.

In the men’s race, Pfeiffer ran aggressively in the early stages despite the warm conditions on offer and ran a solo race, winning in 63:17 from Poland’s Marcin Chabowski (63:49) and Ukraine’s Roman Romanenko (63:51).

“I found the race really tough because it was so hot on the course. I ran really well during the first half, but the second half was a lot more up and down. By the tenth kilometer however I knew I was going for a personal best,” he said.

Not only did Pfeiffer break his lifetime best by 43 seconds, his time was also the fastest by a European in Usti nad Labem Half Marathon race history, bettering the mark of 64:06 held by Ukraine’s Dmytro Lashyn.

A total of 3539 runners took part in this year’s Usti nad Labem Half Marathon. A further 2556 parents and children also took part in the dm family run, with several dozen more competing in the Spolchemie Handbike Cup.

The RunCzech race series in the Czech Republic will close with the Mattoni Liberec Nature Run, a trail race entering its second year which is held on 5 October.

The European Athletics Quality Road Race standards act as an assurance for road runners throughout Europe. They distinguish between races that respect the standards and those that haven’t sought certification or assessment. They form the foundation of Running for All, a strong recognizable brand for running activities throughout Europe.