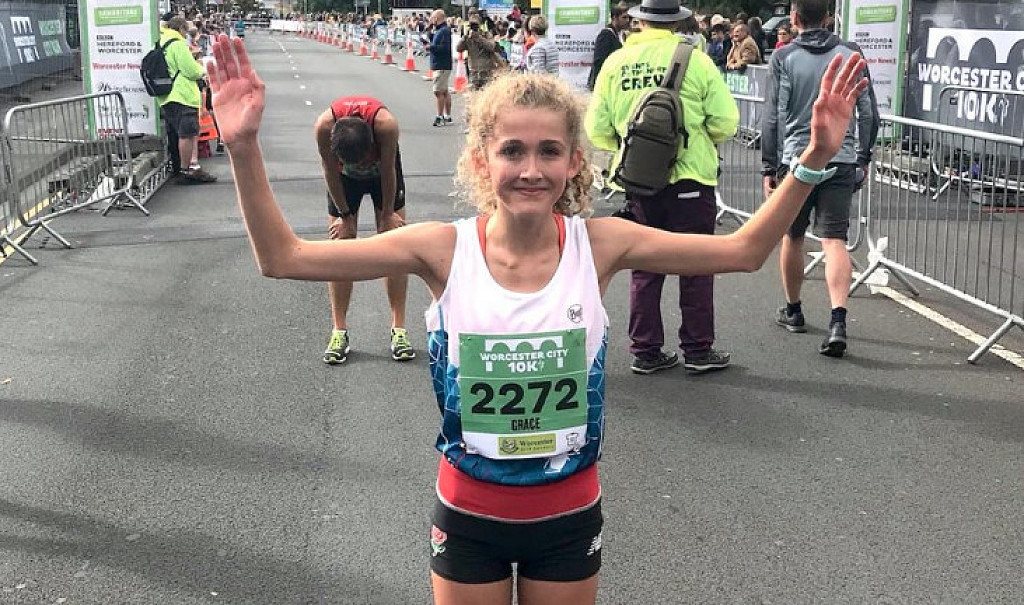 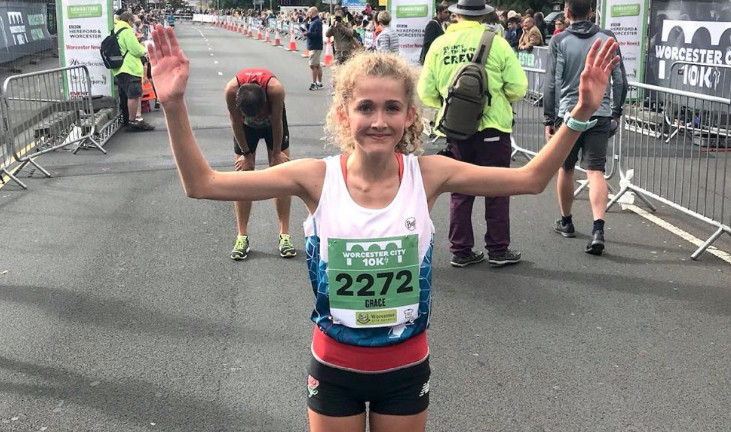 British runner Grace Brock, who turned 17 six months ago, has debuted the 10K as a new U20 athlete with blazing 34:24. The Cornwall resident, who trains with the Cornwall Athletic Club, ran her first 10K at the Worcester City 10K last Sunday. It was the fastest 10K for a 17-year-old “in at least a decade,” according to the FastRunning.com site. She also set a new track PB of 4:33 in the 1,500 earlier this year. To put her achievement in perspective, Brock’s time is only 33 seconds off Sylvia Ruegger‘s U20 record, set way back in 1961. Brock likes to train on the beach once a week, one of the benefits of living near the ocean. (Or as they say in Britain, the seaside.) Brock attends Penwith College, and hopes to go to an American university next year. She has visited Portland University in Oregon and plans to also visit Providence College in Rhode Island and Boise State University in Idaho. (09/19/2018) ⚡AMP