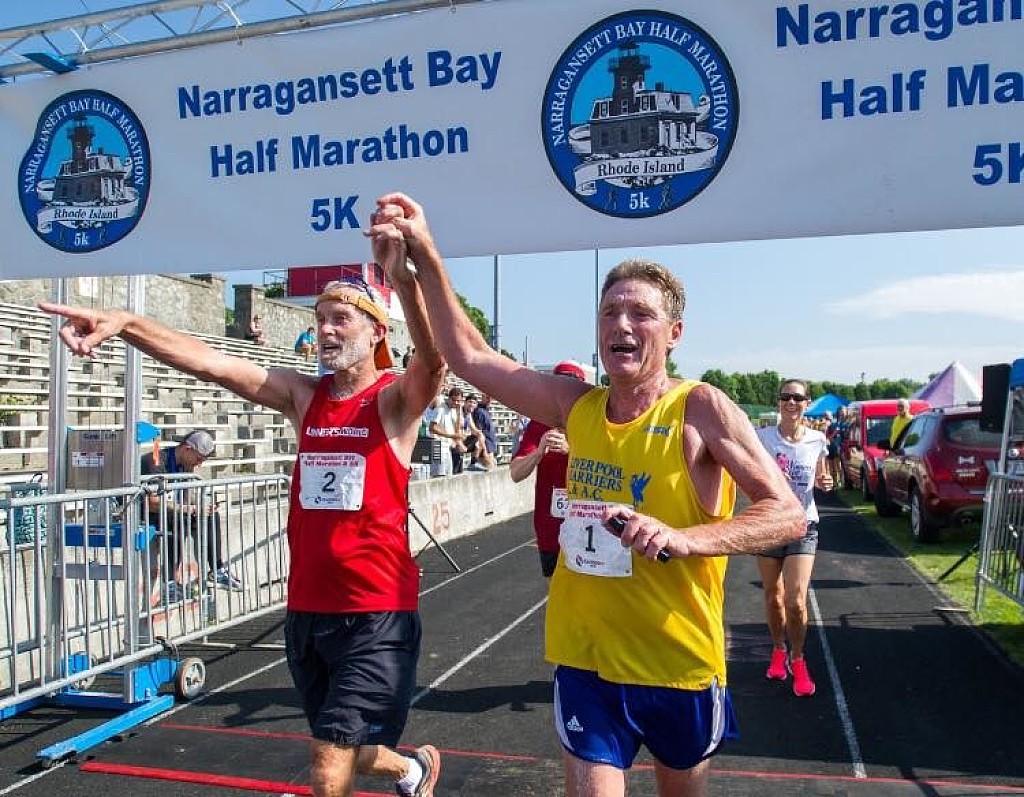 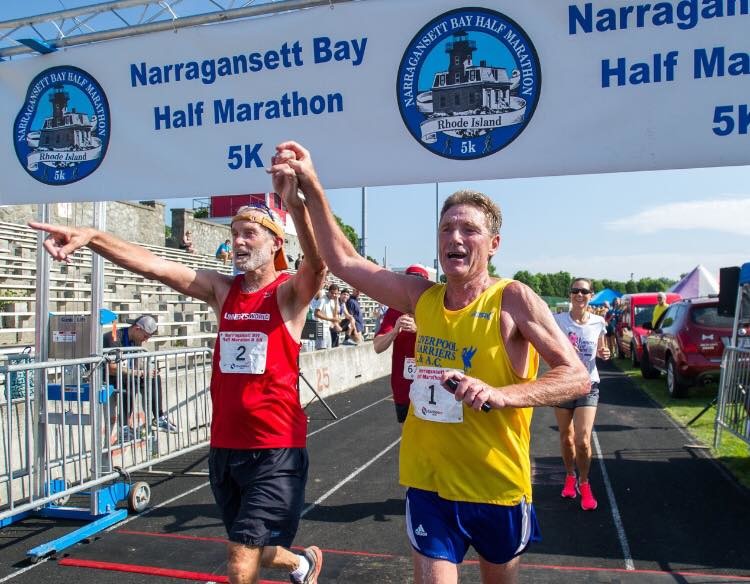 RUN THE WORLD: 64-year-old Geoff Smith was born in Liverpool, England and now lives and works in Mattapoisett, Mass.  He ran a 2:09:08 marathon when he finished second to Rod Dixon at the 1983 New York City Marathon.

He has won the Boston Marathon twice and he has run a 3:55 mle.  I asked him about our challenge.  "The Run The World challenge is a great idea. I think it was designed for me. It provides a goal that is tailored to commitment and for me that feels better than actually training for a race. There is on pressure on how fast or slow I go," Geoff wrote.

One of the most exciting marathon finishes happened in New York.  "The 1983 NYC Marathon was my first marathon. It was a new experience. 26.2 miles of racing. I was confident that my training had gone well and I knew what I could do. My plan was to follow the seasoned marathon-runners at the start and learn on the run. At around 10 miles my own running instinct took over and I began chasing the leader, Gidimus Shahanga. I liked to lead and once I took the lead at around 13 miles I just started to run without fear. The noise of the crowd was pushing me forward. And the next 10 miles it was just me running and feeling like there was no one else.

"Once I entered Central Park, i was alone but I knew I was slowing down." he worte.  He had no idea what was happening behind him.

"I was leading and following the blue line through the park. The noise was incredible and I didn’t know Rod (Dixon) was there. It wasn’t till he passed me at 26 miles. So my battle was not with Rod but with the Marathon and I came up 385 yards short."

How did this all start?  "I played soccer in Liverpool.  I never ran at school but I did run about two miles to school and home again almost every day."

After school he became a firefigther working 56 hours a week.  "I got my first taste of running working as a firefigher.  I joined the fire brigade running team and ran races around the country against other fire departments. I was pretty good amd it became a full time passion. I just wanted to see how far and fast I could go.  Winning races motivated me to train harder."

Tell us about Boston.  "Boston 1984 was my redemption race. It was also my Olympic trial. I had to win with a fast time to make the team.  As is always the case the Boston weather is unpredictable. It was a cold wet day with a head wind. I pushed the pace from the gun and won going away in 2:10:34. My time and victory proved enough for my British Olympic Selection."

How did this win change your life?  "A difficult question as running has changed drastically over the years. I was the last of the Amateurs. There was no prize money. The victory was more about pride, love, recognition and glory. The win did mean I got recognized at every race I attended and it gave me a celebrity status that I never had. It didn’t change the way I trained and ran. If anything it made me train harder."

How about your running now?  "Running today is a gift. My last competitive race was Boston 1991 not long after the race I fell and hurt my hip. The injury resulted in me having both hips replaced. Today after 20 years of no running I find myself drawn back to the sport I love. There is no better feeling than the sun on your face and the wind at your back. Starting from zero I have got to experience the joy of running again.

"It’s not about winning anymore it’s all about the love and the feelings of joy I experience on every run."  Geoff (photo) in his Liverpool yellow jersey crossing the finish line of the Narragansett Bay Half Marathon/5K.