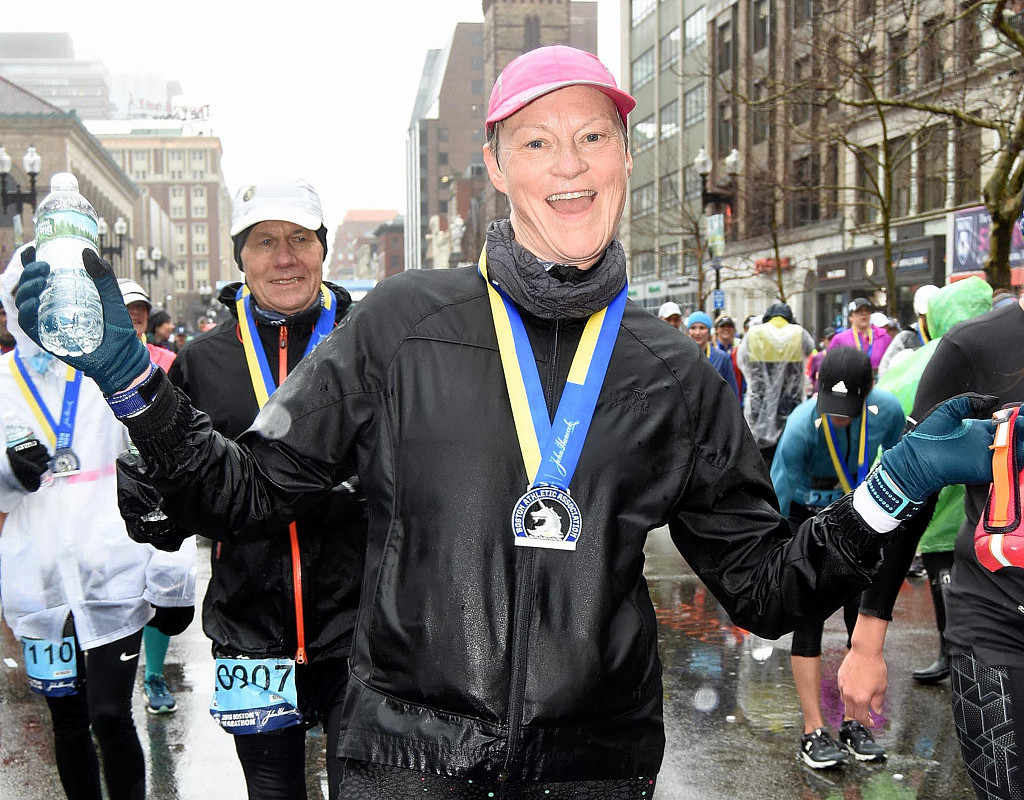 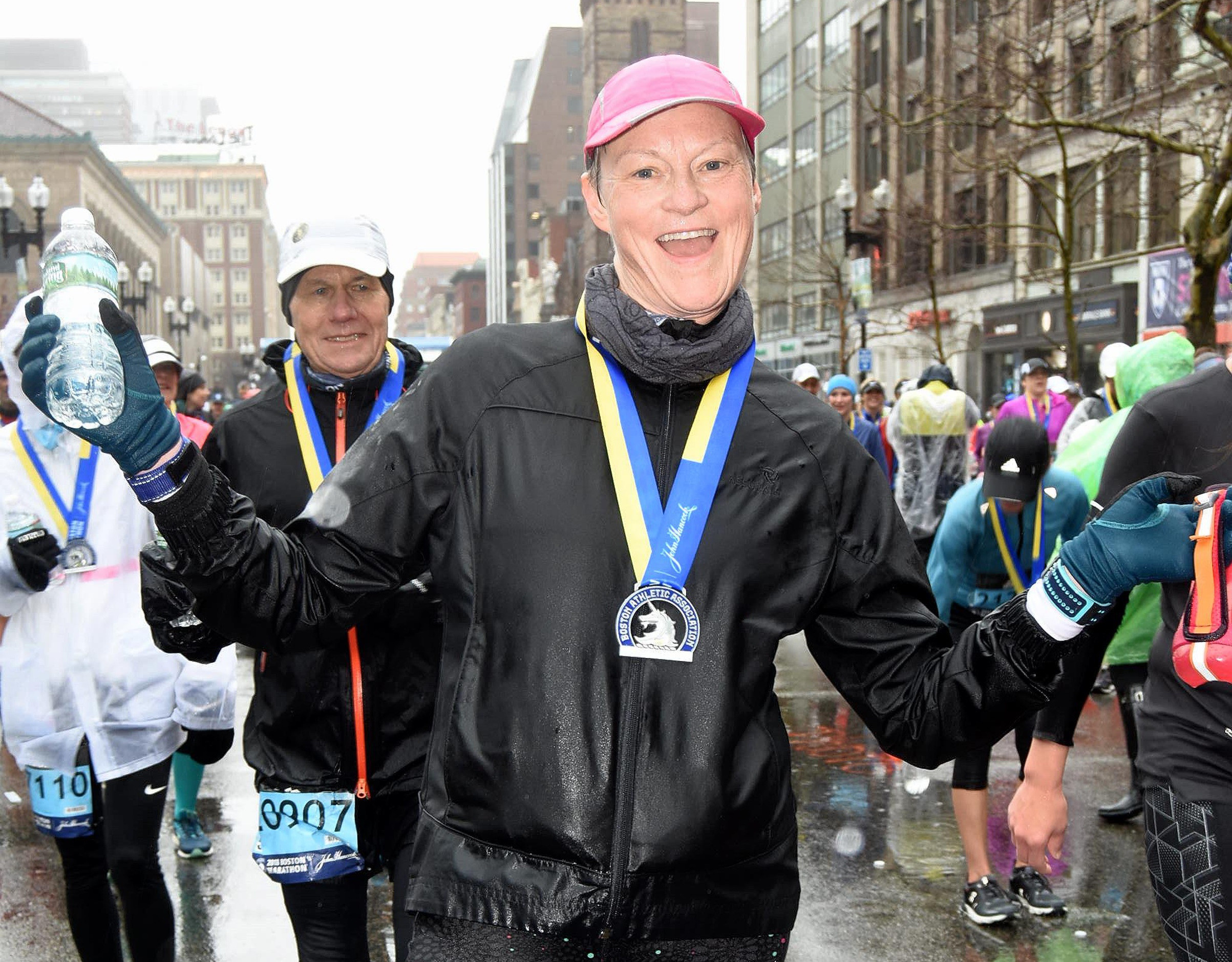 RUN THE WORLD: Kati Toivanen started running in 1981, when she arrived in America as an exchange student from Finland.  "I was hosted by a wonderful, loving family in Williston, Vermont," Kati says. "In an effort to connect with other students at the high school, I joined the cross-country team. I was not very good, but worked hard and improved."  That started her life-long fondness of running.  She returned to the the US to attend college and graduate school, eventually building an art career and a family.  "I never raced again until my son's elementary school had a fund raising 5K in 2013. That, and my elliptical breaking, got me started on a path to losing 30 pounds and lacing up for regular running again," she says.   Running has now become an important part of her daily routine. "I like it for its physical and emotional benefits, but increasingly for the social connections."  She belongs to the very active running community in Kansas City.  "Runs fly by as we chat away. I have also gotten faster by hanging onto folks who are just little faster than me," says Kati.  In 2016 she ran her second full marathon.  "The 2016 Helsinki City Marathon was really exciting. The course went around the city where I spent much of my youth," she remembers.  But her most cherished running event was running the 2018 Boston Marathon.  "I typically excel in the face of adversity, so while this year's race conditions were not exactly enjoyable, they played to my strengths: mental toughness, perseverance, stubbornness, and my ability to choose denial at will. I got a small PR and a big BQ for 2019. I plan to run Boston as long as I can hit the qualifying time."  On her bucket list is to run all the Abbott World Marathon Majors.  She will be running the Chicago and New York marathon this fall.  I asked her about her goals? "I am still reaching PRs in my mid-50s before the reality of my age inevitably catches up to me. After that I plan to focus on age-graded results."  Why did you sign up for the Run The World Global Run Challenge I asked.  "I enjoy challenges and structures as well as any project that brings people from many cultures together in a positive way. This is definitely a fun tribe to join as it combines my passions for global citizenship and running," says Kati.  She has now lived half of her life in the states and have a dual citizenship.  She has a 15-year-old son.  Kati is a professor of art at the University of Missouri-Kansas City, where she also served for seven years as an associate dean in the College of Arts & Sciences. Kati Toivanen is an active artist.  One of her sixteen solo art exhibitions was favorably reviewed in Art in America.  Her works have been published and exhibited nationally and abroad.     (07/26/2018) ⚡AMP
by Bob Anderson