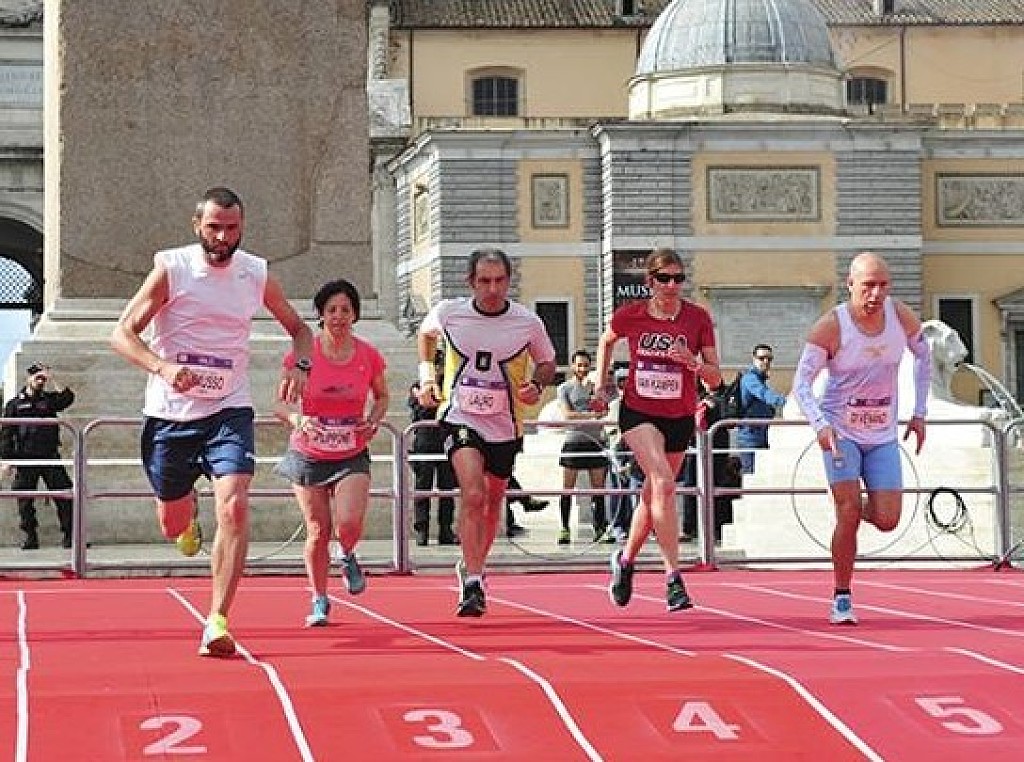 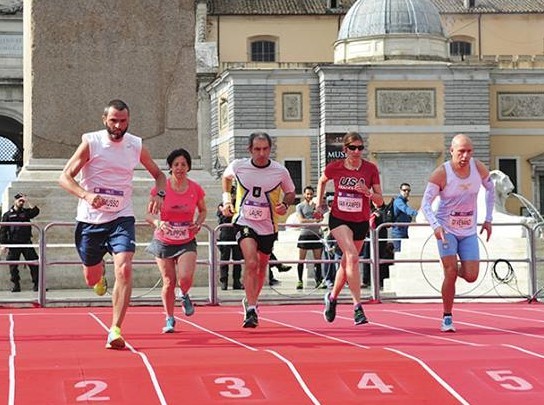 RUN THE WORLD:  Carla van Kampen (57) from Westport Connecticut has lived in Rome, Italy for 26 years now. "I have never stopped feeling like a tourist," Carla says. "When I first came in 1992 Rome was a very different city, a bit gentler in some ways and definitely frustrating in others. Customer service was an unknown concept." However training in Rome was and is a dream. "I workout year-round at the Stadio delle Terme di Caracalla, with spectacular views of the ruins of the Baths of Caracalla! I rarely have to cancel a run because of bad weather, short of a torrid downpour. And the Italians are running crazy with races of all kinds every weekend of the year." she says.  She has been running since she was 11 or 12 years-old, motivated by watching the 1972 Olympics. "We would hold neighborhood 100 yard dashes on the private road flanking our house, boys and girls mixed. I loved the feeling of beating a boy! In high school I ran the 880 and the mile and was the captain of the first girls cross country team under the Title IX rule." Carla did not abandon running but did not run competivity for a few years.  "I only started running competitively again in my late 40s when I decided to run a marathon. To help prepare for the Florence Marathon in 2007 I enlisted the services of my club trainer and the rest is history...we have been together for 10 years (four marathons and more than 20 half marathons later)." Carla, however first love is racing on the track. "In 2012 I made the switch from the road Back to the track with success in my age-group in the 400 and 800 meters, and in June, winning a national 4x400 title in the category 50-54." Asked about this challenge, "The Run The World Global Run Challenge is what I love about running: from the fastest elite-level athlete participating to the non-competitive jogger, we are all part of a community passionate about this sport!" (Photo is from a race in Rome Called the "Miglio di Roma"....they were trying to re-create a 5th Avenue Mile. Carla is in red.) (07/05/2018) ⚡AMP
by Bob Anderson