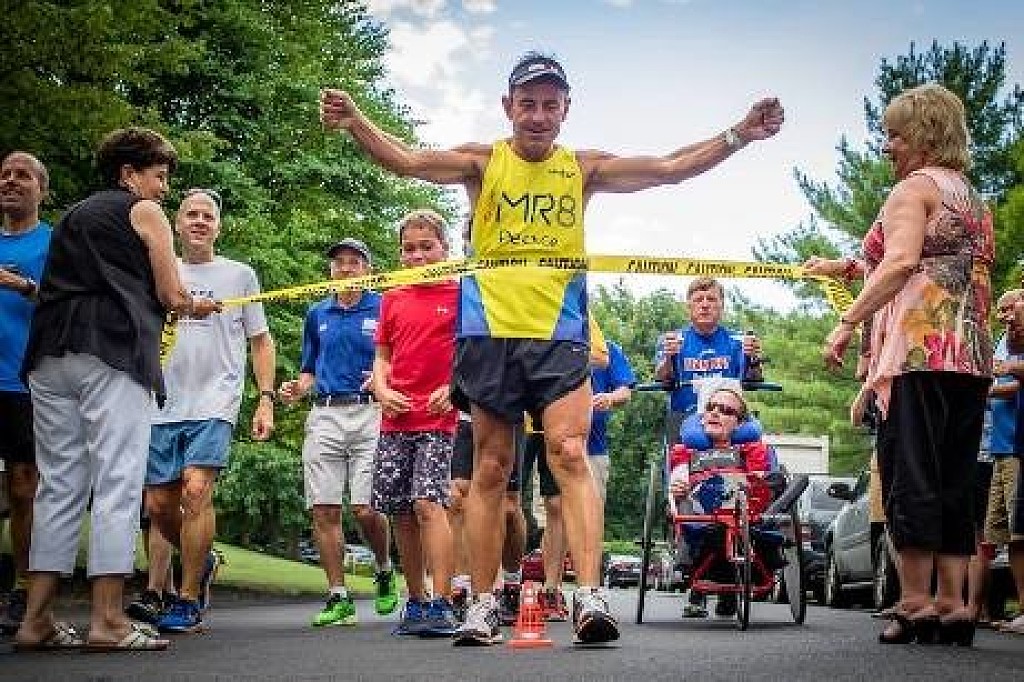 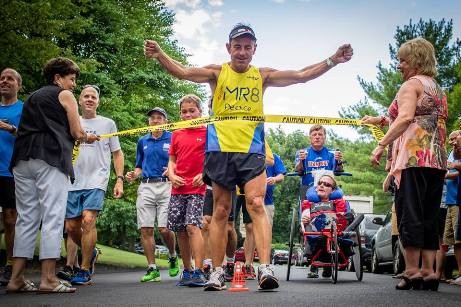 RUN THE WORLD: "You can count on 35 miles a week from me," wrote Dave McGillivray, director of the Boston Marathon since 1988. Dave is much more than a first class race director.  He was and still is an accomplished runner.  He has done some amazing things with more to come.  On his birthdate he runs his age in miles.  (Photo: finishing 60 miles on his 60th birthdate.)  In 1978 he ran across America, a distance of 3,452 miles in 80 days.  That is a daily average of 43 miles or 302 miles weekly.  Most recently in 2018 he ran seven marathons in seven days on seven continents at age 63.  He has run the Boston Marathon 46 times and he does this after completing his duties directing the marathon. In May 2004, McGillivray ran across the country again, this time with nine other veteran marathoners, in relay style, from San Francisco to Boston as part of TREK USA, an event which he founded and raised over $300,000 for five children’s charities.  In his lifetime so far he has run more than 150,000 miles.  "Dave and I first met back in the 70's during one of his cross country adventures,” says Bob Anderson.  "Dave stopped by our Runner's World offices and we had time to meet and chat before he headed back out to run more miles."  There is one thing he would like to figure out.  He needs more hours in a day.   "There just is not enough time in a day.  I wish there would be a way to add a couple more hours each day," Dave told me.  “If we could take a pill to add another couple of hours daily I know I would do that too.  I am very excited to have Dave on our team and I know we can count on his miles," says Bob.   (06/21/2018) ⚡AMP
by Bob Anderson