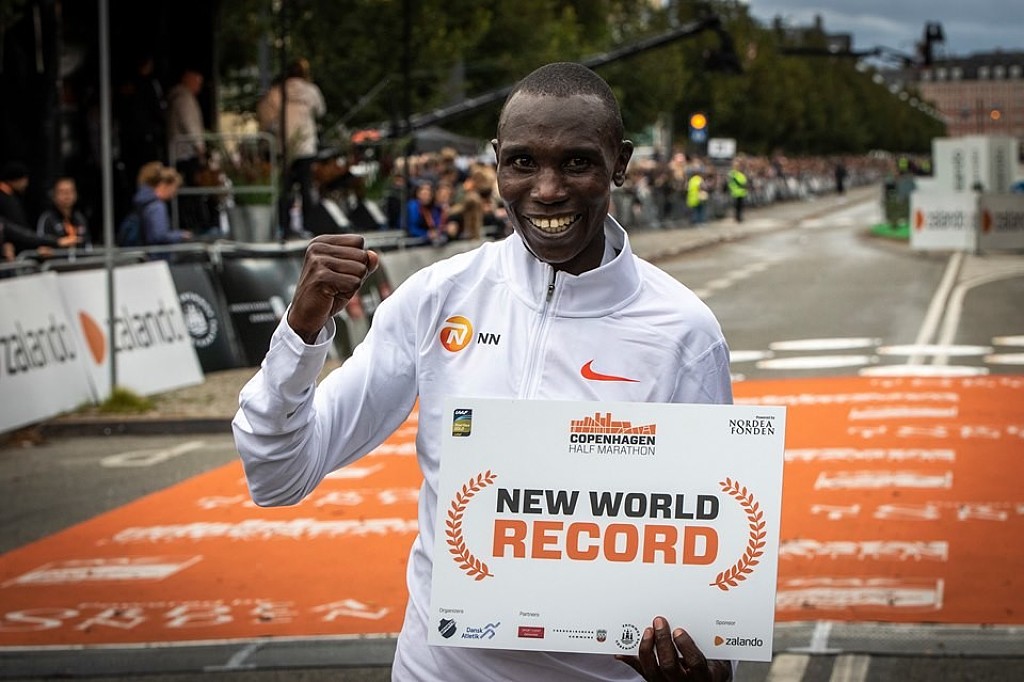 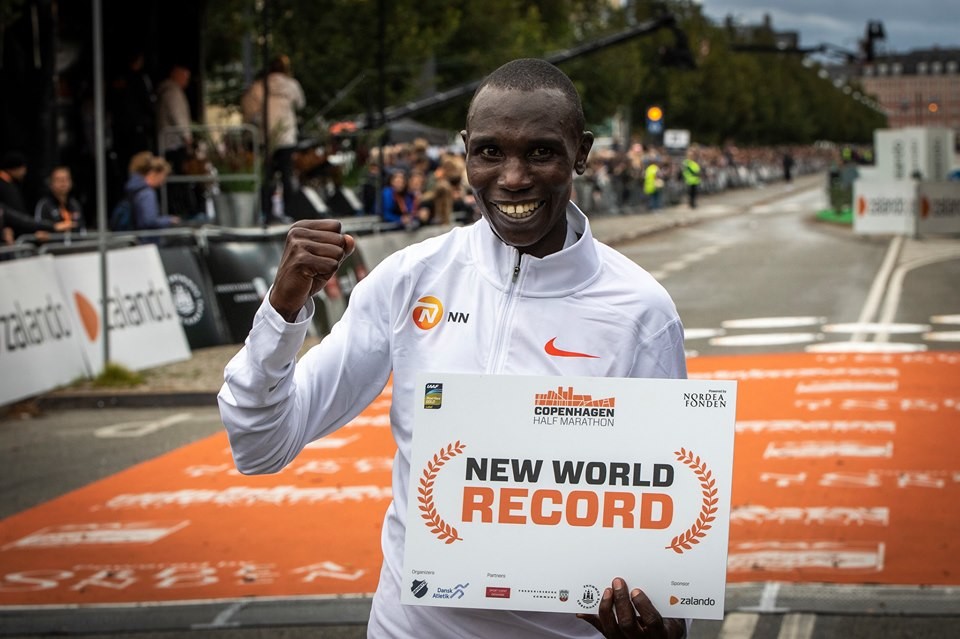 Smashing the world record, 26-year-old Geoffrey Kamworor of Kenya bettered the previous record set by his compatriot Abraham Kiptum in Valencia last year with as much as 17 seconds. 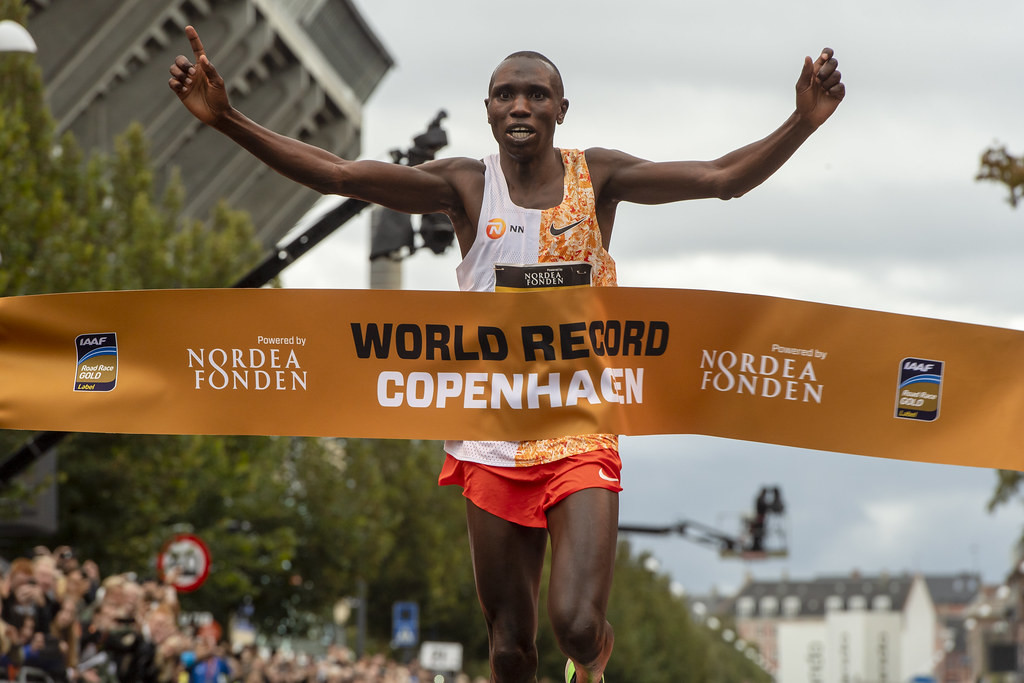 “It is very emotional for me to set this record. And doing it in Copenhagen, where I won my first world title, adds something to it,” the three-time World Half Marathon Champion Geoffrey Kamworor said after the race, which he won with a surprisingly large margin of 75 seconds ahead of another Kenyan, Benard Kipkorir Ngeno.

Having won the Kenyan trials at 10000 meters just a few weeks ago, Kamworor was indeed a clear favorite ahead of the race. However, with windy conditions in Copenhagen Sunday morning, not many had expected a world record.

Pacemaker Shadrack Koech led a large group through the first 5K in 13:53 minutes, but when he dropped out at 10K, a leading pack of five runners were now ahead of world record pace splitting in 27:34 minutes.

From now on it was all about Geoffrey Kamworor, who at 15K suddenly was 25 seconds ahead of the rest.

“It really wasn’t my plan to pull away after 10K, but it was the right time to do it. And the wind turned out not to be a problem,” Kamworor said after his world record, which was the first one to be set on Danish soil since 1972. 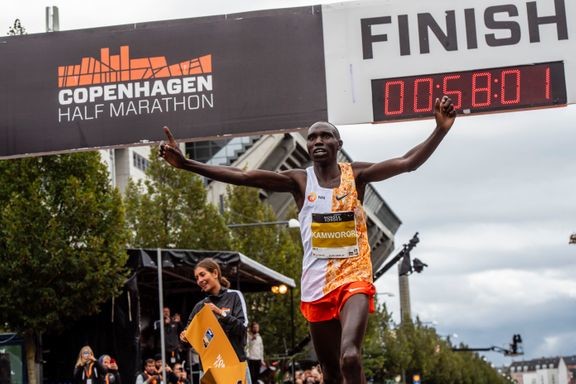 The first six finishers dipped under one hour.

Sondre Nordstad Moen had hoped to do that as well, but had to settle with 60:20. Taking a 9th place, the Norwegian became the first European male runner to finish in the top-10 in the history of the race.