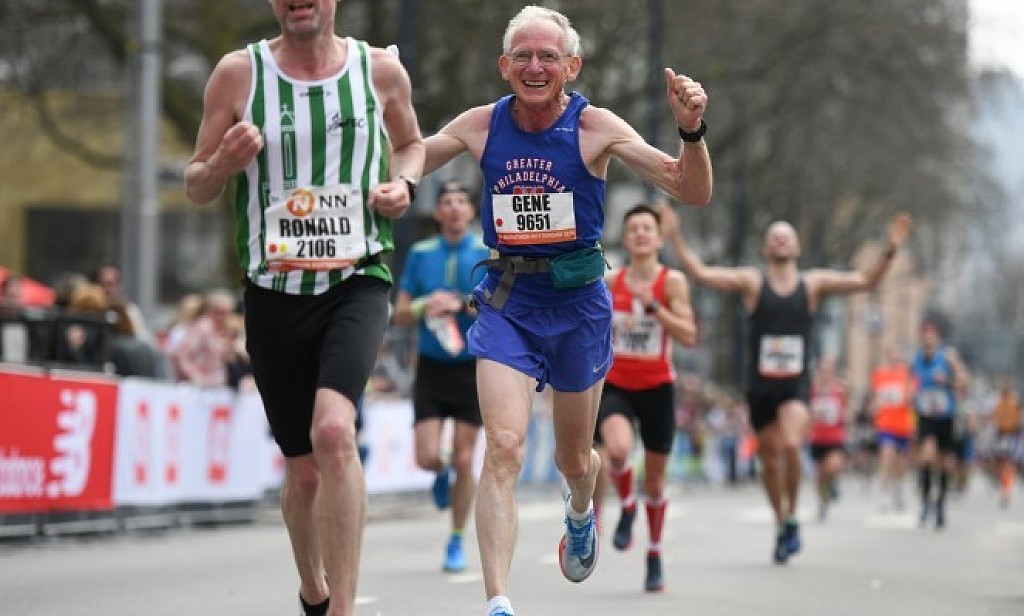 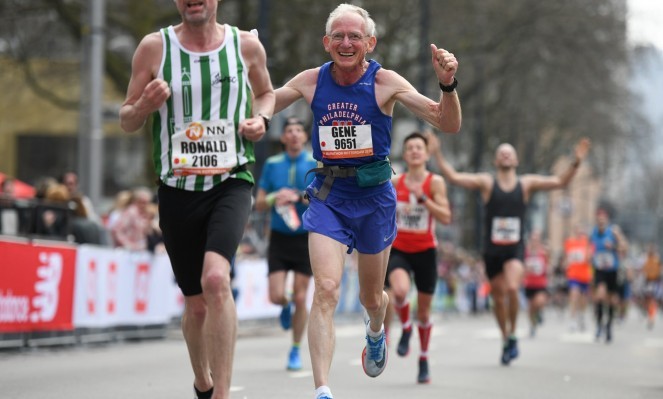 70-year-old Gene Dykes, of Philadelphia, only missed breaking Ed Whitlock‘s 70-74 age group record of 2:54:48 at the Scotiabank Toronto Waterfront Marathon yesterday by 34 seconds. Dykes is still the only other person in the world besides Whitlock to run a sub-3 marathon at the age of 70. It happened the first time earlier this year at the Rotterdam Marathon on April 8, just a few days after Dykes turned 70 on April 3. He ran 2:57. “My daughter contacted an Amsterdam newspaper and they splashed my picture on the front page,” Dykes said, joking that “you can get anything you want if you have a lot of chutzpah.” Dykes sets a string of records and it happened again Sunday (Oct 21), with Dykes’ 2:55:18 finish at Scotiabank, just shy of Whitlock’s record. Dykes only took up marathon running at age 58, and he only started breaking records last year, when he broke seven USATF age-group records in a single track race: the 15K, 10 mile, 20K, 25K, 30K, 20 mile, and 2-hour records. Also last year, he was one of only 13 people to run the “triple crown” of 200-mile trail ultramarathons, consisting of the Bigfoot 200, the Tahoe 200, and the Moab 240. And he was the oldest finisher in each. (10/23/2018) ⚡AMP