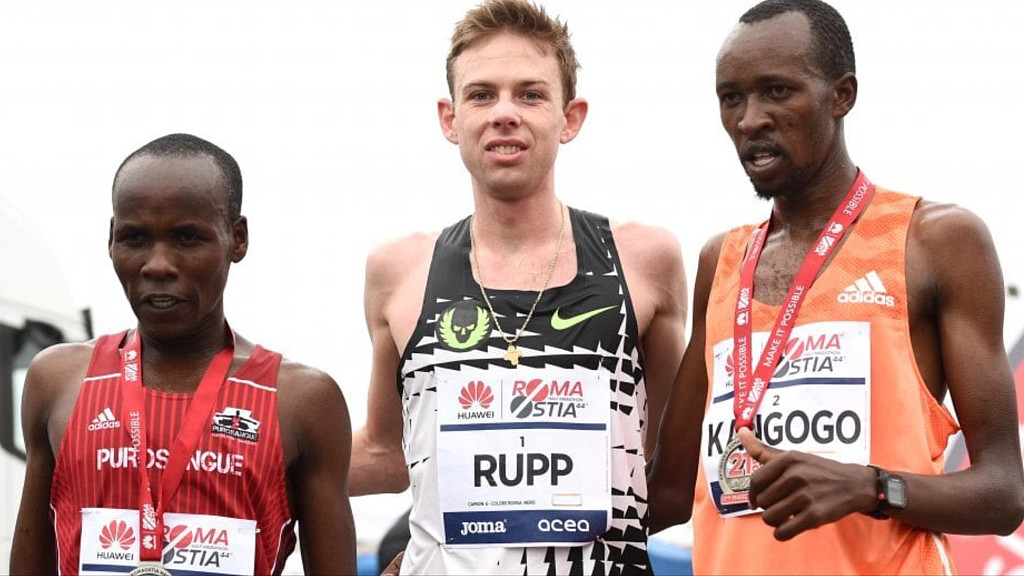 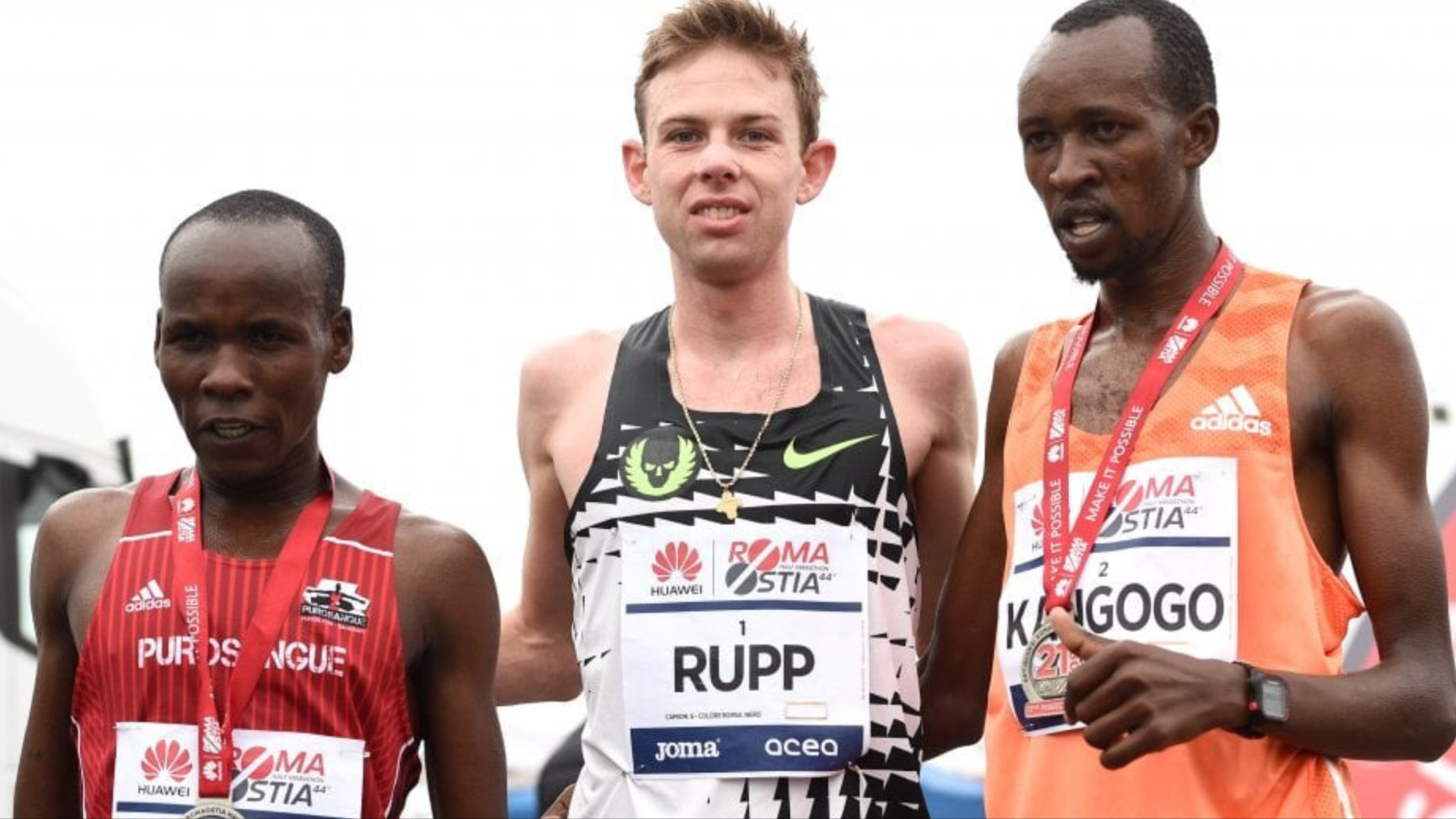 Galen Rupp ran a personal best to win the 44th edition of the Roma-Ostia Half Marathon on Sunday (March 11, 2018).

He had Ryan Hall’s 2007 US record in his sights and came very close only missing Hall’s time by four seconds.

However, if he had dipped under the 59:43 mark it would not have stood as an American record however because the course is a point to point race and not record-eligible....

Rupp launched his decisive attack between 15th and 16th kilometers when, after a tactic of waiting during which he vented his most credited opponents, he lengthened the pace by breaking the Kenyans Moses Kemei, second place in 1:00:44, and Justus Kangogo, third in 1:01:02....

The female race saw Ethiopian’s Hftamenesh Haylu in first with 1:09.02 and compatriot Dera Datta close behind in 1:09:21. Third place went to Kenya’s Rebecca Chesir, who finished in 1:11:04.