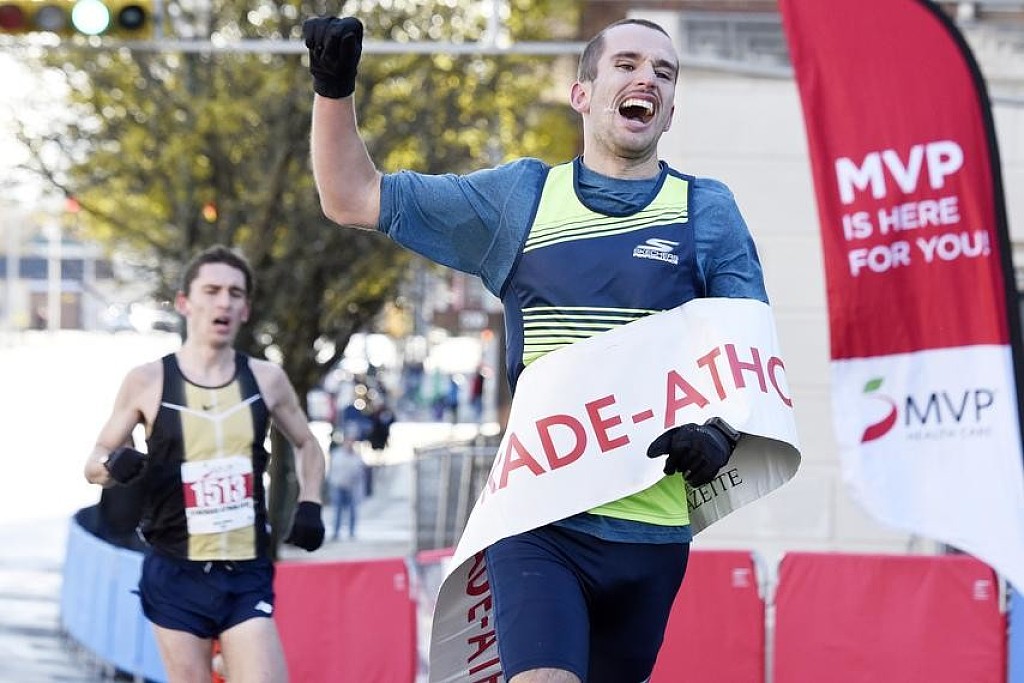 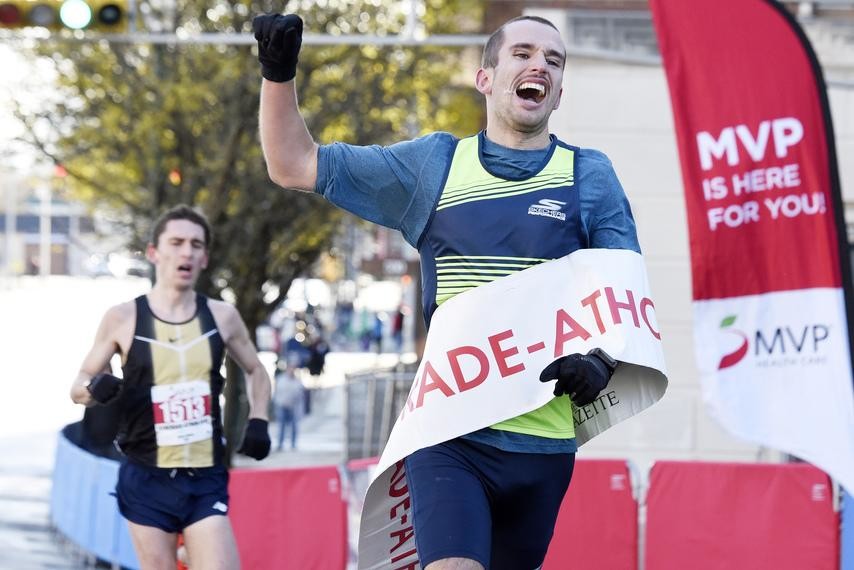 The hill on Franklin Street turned into Mount Rushmore on Sunday. As in, there were four figures at the top, and Francois Jarry rushed a little bit more than the other three to the bottom. But just a bit. In a wild four-way sprint to the finish, the 24-year-old from Montreal barely outkicked Ben Fazio, Ryan Udvadia and Alex Benway to win the 43rd annual MVP Health Care Stockade-athon 15k with a time of 47:48. Only four seconds separated the lead group. Since the turn of the century, the average margin between first and fourth at the Stockade-athon had been 1:58, with Joshua McDougal, Sam Morse, Kieran O'Connor and Patrick Geoghan at the low end of the range, separated by 22 seconds in 2014. Jarry didn't hesitate when asked at what point he thought he had Sunday's race won: "Never." It was an honest answer, as Fazio clocked 47:49, Udvadia at 47:50 and Benway in 47:52. It was another 45 seconds back to Scott Mindel to round out the top five. (11/12/2018) ⚡AMP