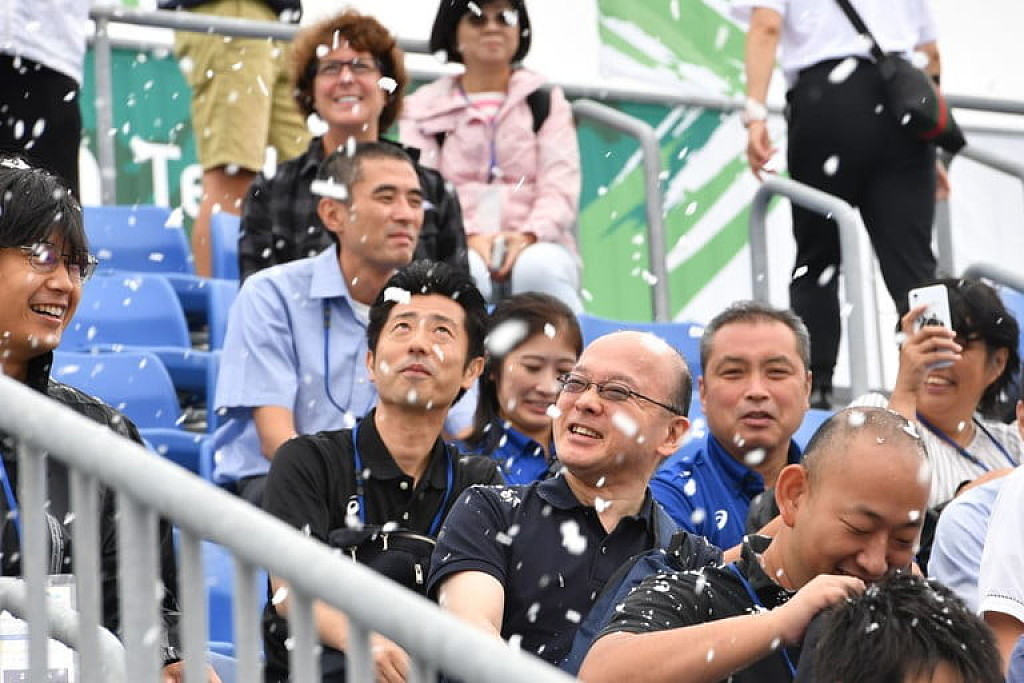 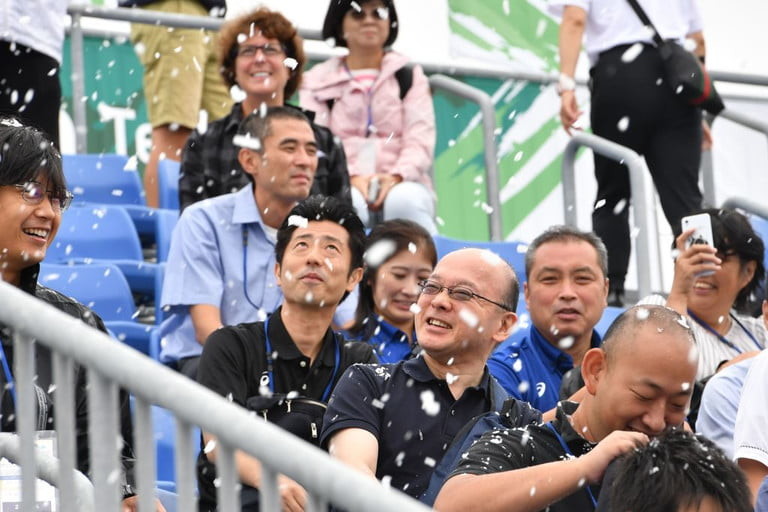 With just 10 months until the Tokyo Olympics, organizers are experimenting with various ways to keep spectators cool during what is likely to be a scorching hot and oppressively humid Summer Games.

Along with mist machines and so-called “parasol hats” (essentially an umbrella that sits on your head), organizers recently tested the effectiveness of a snow machine at the Sea Forest Waterway in Tokyo Bay, the venue for the Olympic and Paralympic rowing and canoeing events. 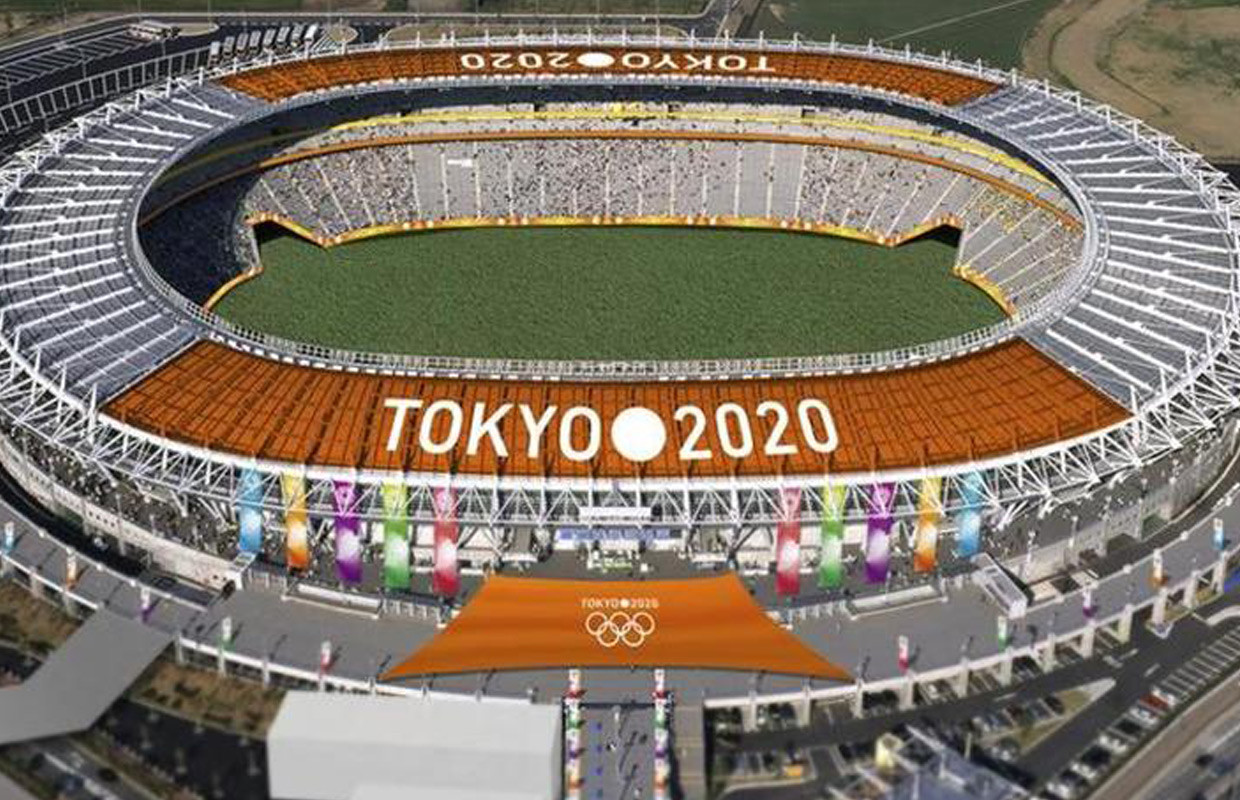 While you might expect to see such a contraption at the Winter Games rather than at its summer equivalent, the organizers were keen to see if it could serve as a way to stop the spectators from overheating.

During the test on Friday, the machine blasted around 300 kg (660 pounds) of fake snow over a crowd of volunteers sitting in the stands.

But it seems that the experiment didn’t quite go according to plan.

For starters, instead of light, fluffy snow-like flakes floating down from the sky, the crowd had to endure what the Japan Times described as “fairly coarse shards of shaved ice.”

It added that with so much fake snow coming down in the space of just a few minutes, many in the crowd were “quickly soaked through,” adding that the “floor became slippery, resulting in one journalist taking a tumble.”

And when they measured the temperature around the stand after the snowfall, they found it to be exactly the same as before. 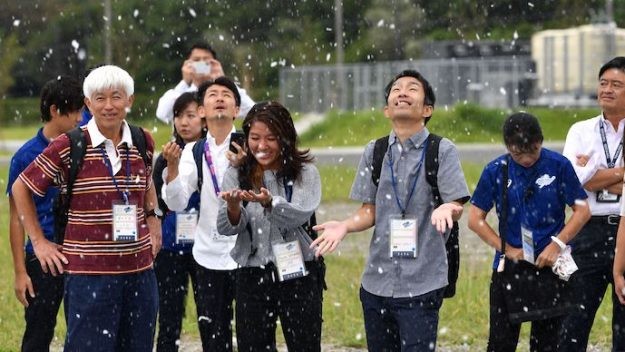 “We are trying everything possible to ease heat risks,” Taka Okamura, a member of the 2020 organizing committee, told the Times.

“This is not meant to cool the entire atmosphere but have spectators feel refreshed when the flakes of ice touch them,” Okamura clarified, while at the same time admitting that the system needs a little work.

The heat issue is a serious one for the organizers of the Tokyo Olympics, with concerns not only about the well being of spectators, but also the athletes and volunteers. In the space of just one week at the end of July 2019, more than 18,000 people across Japan were hospitalized with suspected heatstroke, with around 60 deaths reported. Last year’s summer was no easier, with the mercury going as high as 105.98F (41.1C) in a city close to Tokyo, though the humidity made it feel even hotter.

Organizers of the 1964 Tokyo Olympics avoided the high temperatures by scheduling it in October, but in recent decades the International Olympic Committee has insisted on summer dates for the Games as this results in the biggest payouts from global broadcasters who regard it as the best time of year in terms of audience potential.