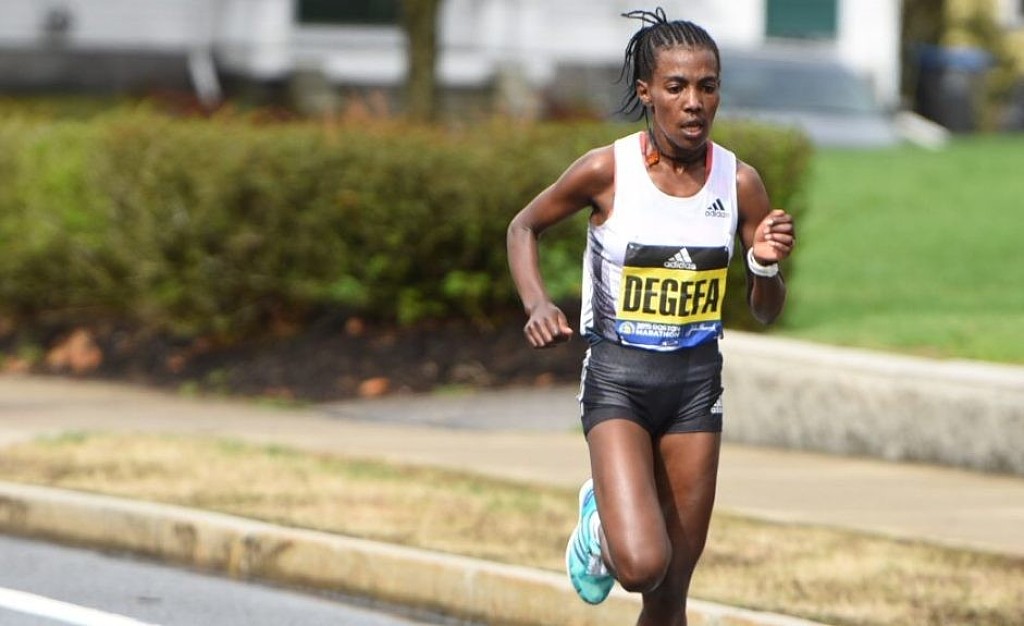 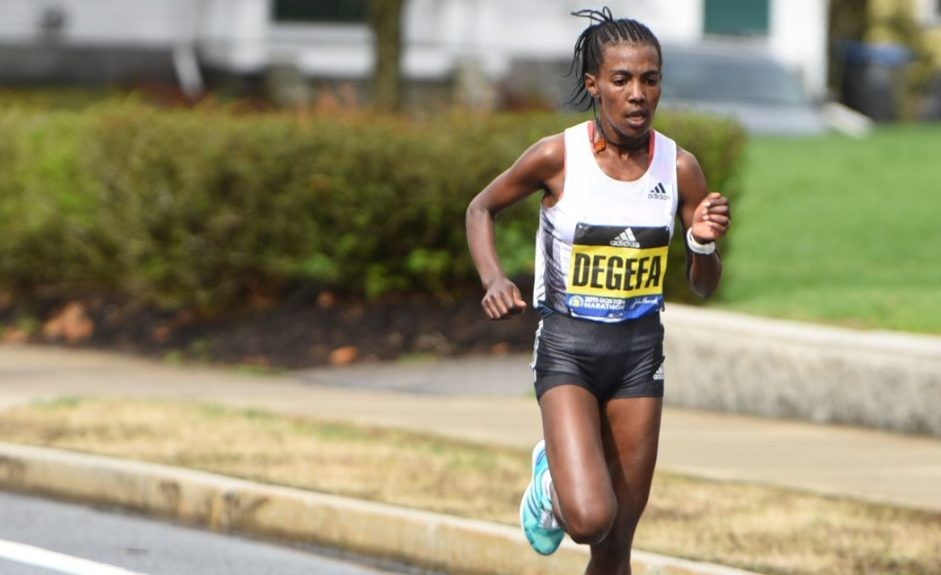 Worknesh Degefa, 29, built up a commanding lead and even through Kenya's Edna Kiplagat closed the gap in the last few miles Degefa went on the win clocking 2:23:31 at the 2019 Boston Marathon.  Edna Kiplegat of Kenya started to break away from the rest of the chase pack at about 30K, trying to run the Ethiopian leader down, but the gap was too wide. Edna Kiplagat finished 44 seconds back clocking 2:24:14.  Jordan Hasasy from the US finished third clocking 2:25:20. 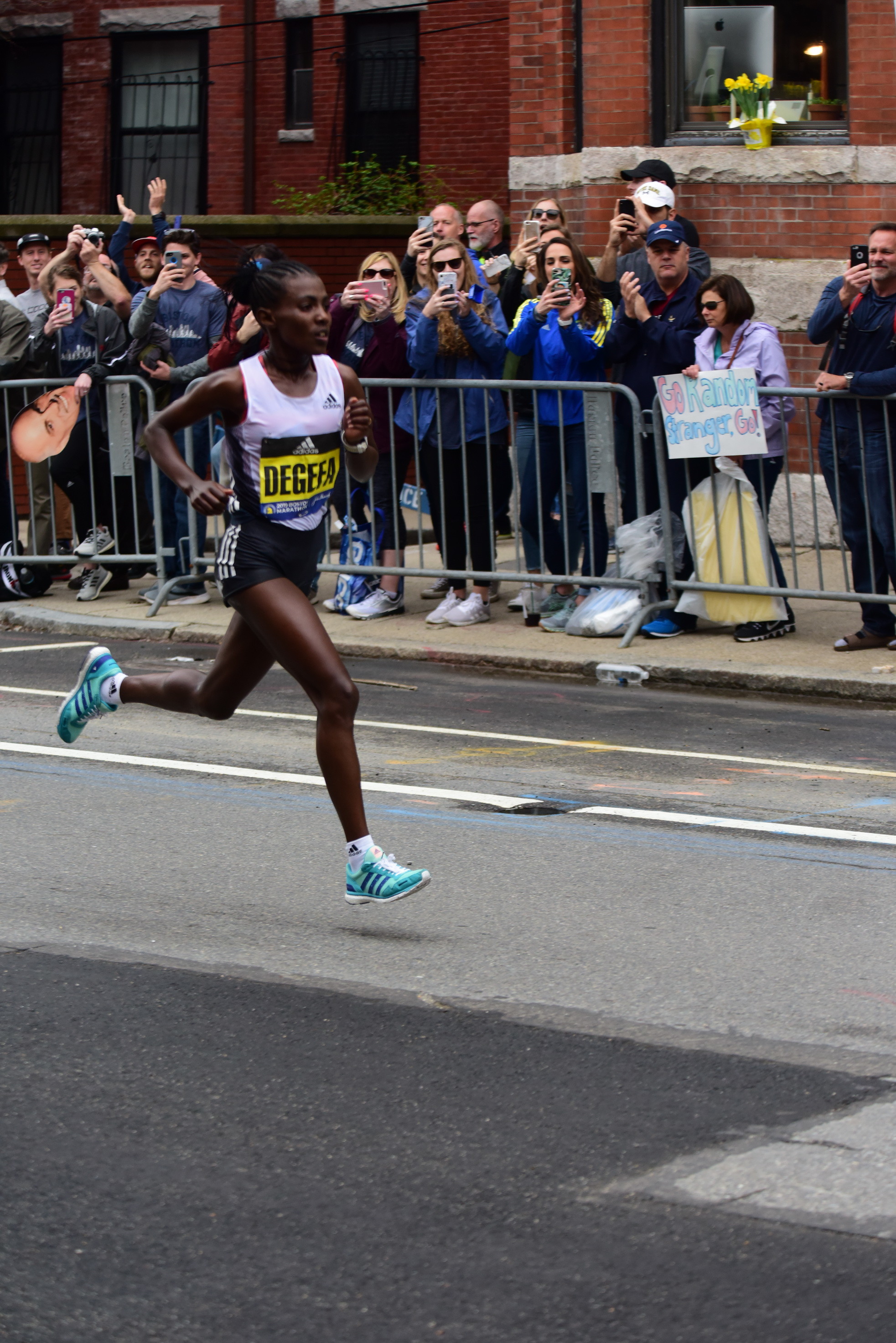 Going into the race Degefa was ready to run well.  This January in Dubai, Worknesh Degefa set an Ethiopian national marathon record with her 2:17:41 second place finish. With that result she became the fourth fastest women’s marathoner in history.

Historically a half marathon specialist, Degefa’s top ten half marathon times (2013-2016) were run with an average time of 67:30. Her personal best was recorded at the 2016 Prague Half Marathon where she finished second in 66:14. She earned the silver medal at the 2015 All African Games Half Marathon. Degefa made her debut in the marathon in 2017 with a win at the Dubai Marathon, which she says is her proudest accomplishment.

Degefa trains in the Oromia region of Ethiopia in Arsi and Assela because of its altitude and good weather for training. Her coach is Gemedu Dedefo. Her favorite foods are rice and pasta and she enjoys traveling in Europe.

Jordan Hasay finished third again this year.  Choosing Boston to make her debut in 2017, Jordan Hasay ran 2:23:00 to finish third. She set an American women’s debut record by three minutes and recorded the fourth fastest time ever run in the race by an American woman behind Shalane Flanagan, Desiree Linden and Joan Benoit Samuelson.

After Boston, Hasay ran the Bank of America Chicago Marathon and once again finished third, but improved her time to 2:20:57, becoming the second fastest American woman marathoner of all time. Besides making the podium in both the Boston and Chicago Marathons, Hasay set a half marathon personal best time of 67:55 with her sixth-place finish at the 2017 Prague Half Marathon. 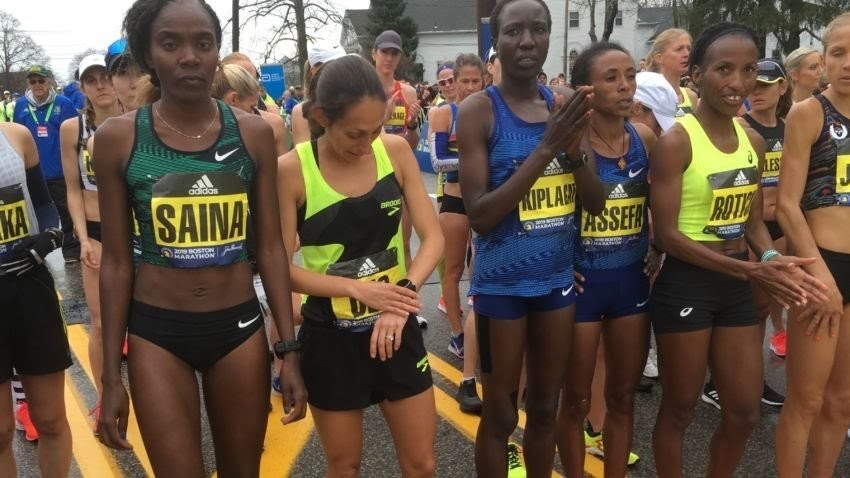 Hasay has been running since she was 12 years old and grew up in Arroyo Grande, California.

Last year's winner Desiree Linden finished fifth clocking 2:27:00.  The weather was not a factor this year unlike last year.