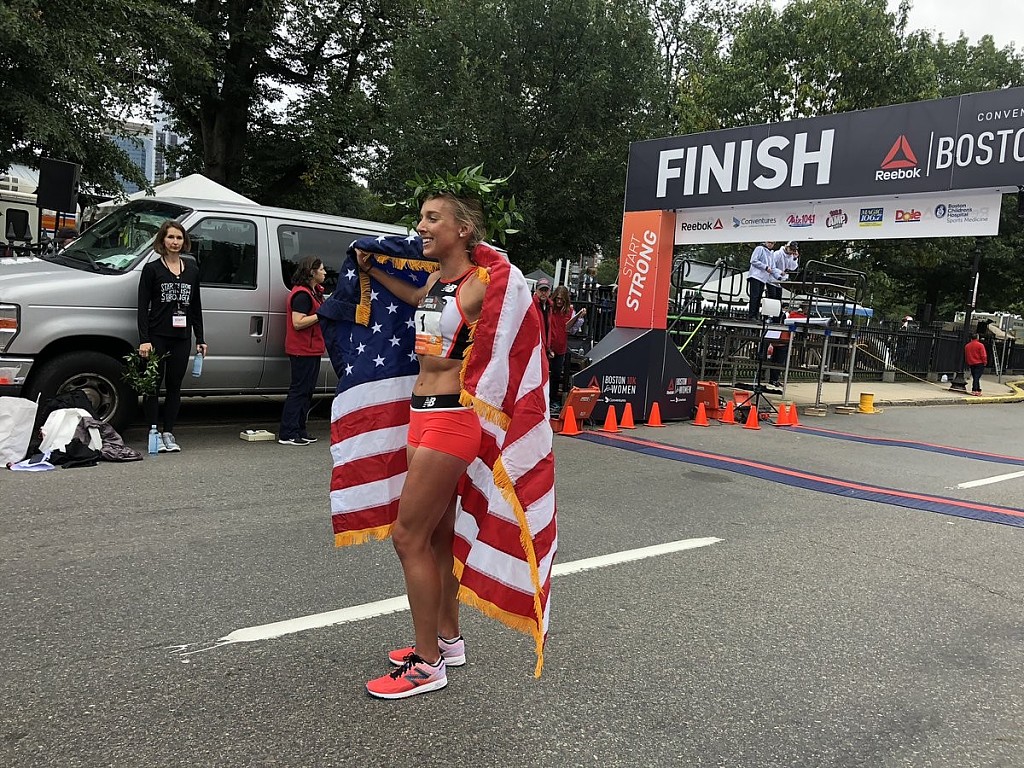 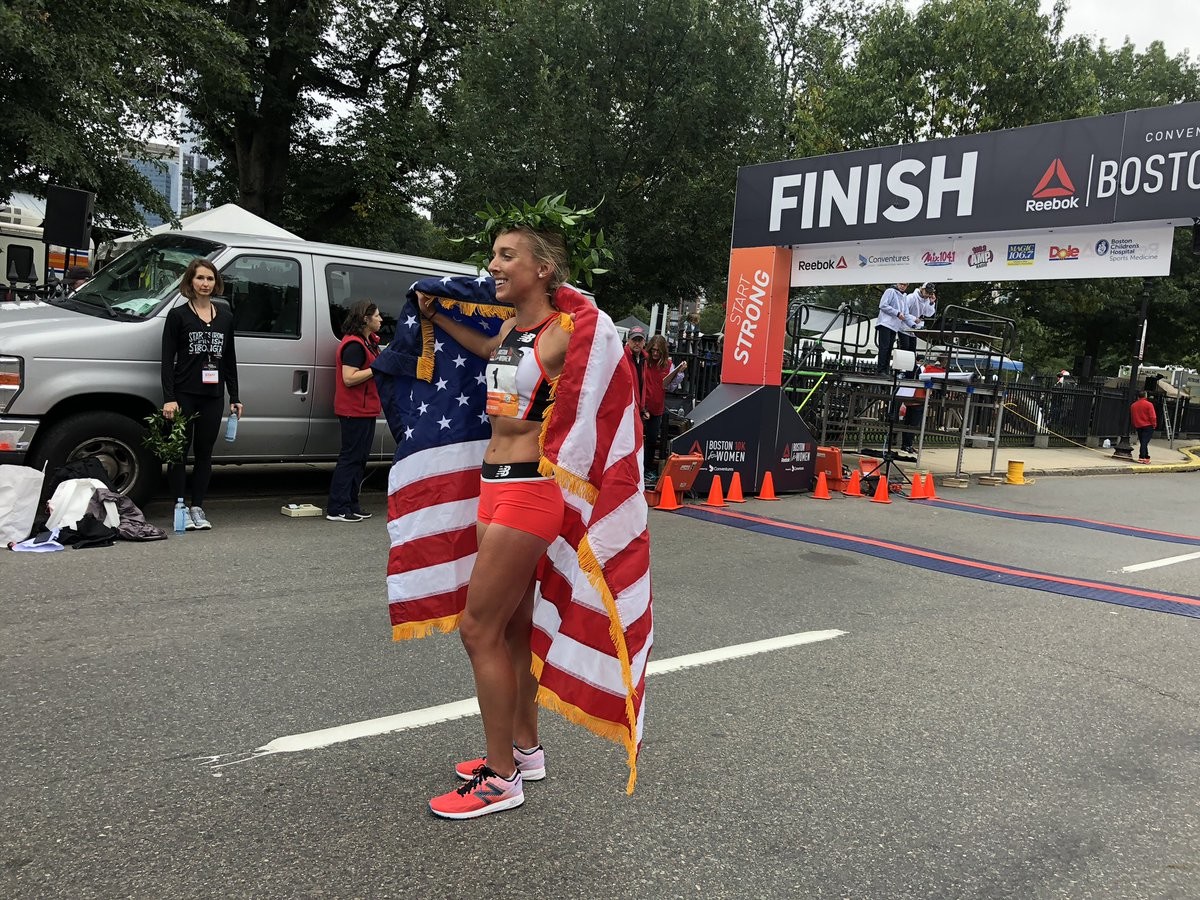 Update: When we first reported this story it was thought that an American Record was set today in Boston as reported by the Boston Globe.  However, the course was 380 meters short, somehow the cones got moved just past the 5k mark. Most likely she still would have run sub 32. Emily Sisson separated herself from the competition early, at the Reebok Boston 10K for Women Monday afternoon. The 26-year-old from Rhode Island pulled away from Buze Diriba of Ethiopia at the 3-mile mark and held on to her lead down the stretch to claim victory in 30:39 — a comfortable 33 seconds ahead of the second-place Diriba. The time at first was thought to be an American record breaking the record set by Shalane Flanagan (30:52) in 2016 in the same event. But the course was short and the race director is trying to find out why cones were moved...The win is Sisson’s second in three years, as she also won in 2016 in 31:46. She becomes the first repeat winner since Huddle, who won the event four times, including three straight from 2008-10. Diriba’s time of 31:12 also broke the benchmark set by Huddle but was not good enough to beat Sisson. Formerly known as the Tufts Health Plan 10K for Women, the race is the largest all-woman running event in New England and has been a Columbus Day staple in Boston since 1977. Running through the Back Bay and into Cambridge, competitors make their way along the Charles River before finishing on Charles Street between the Public Garden and Boston Common. Other finishers: Diriba, Erin Clark of Arizona (32:19), Dylan Hassett of Rhode Island (32:28), and Holly Rees of the United Kingdom (32:46) rounded out the top five finishers in the open division.   (10/08/2018) ⚡AMP