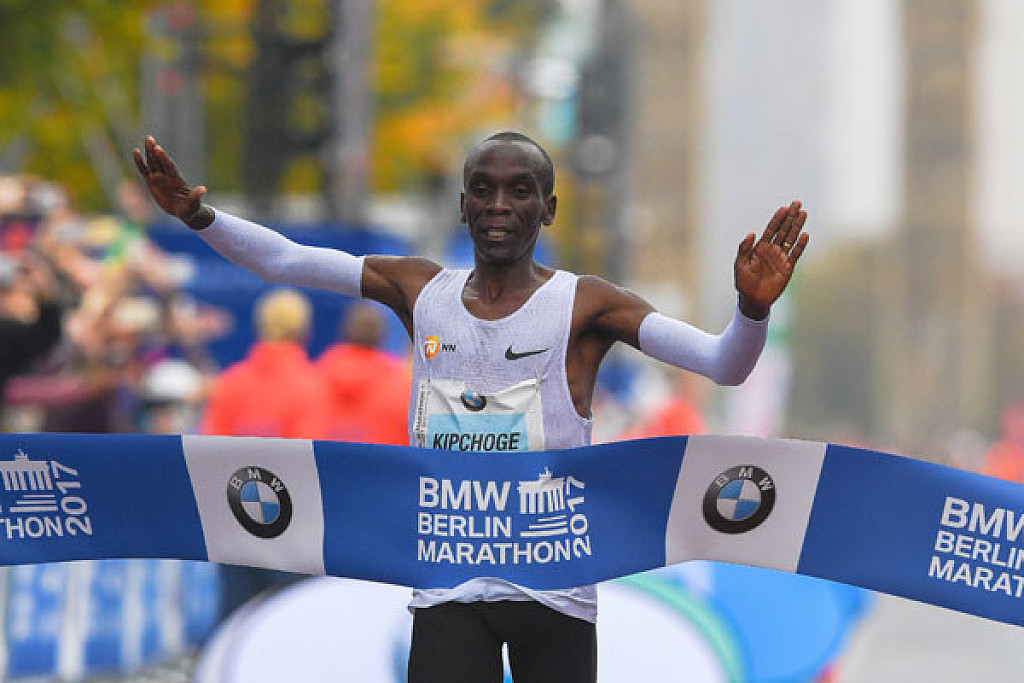 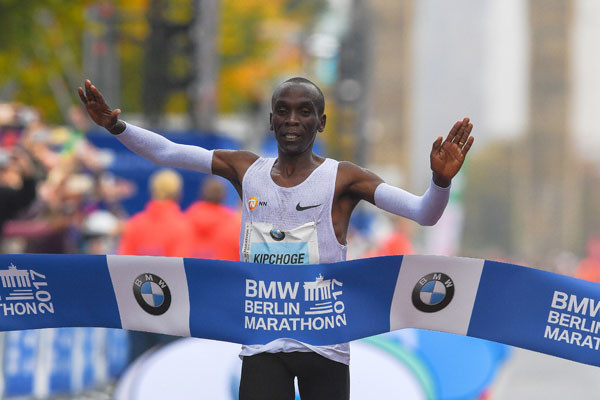 Eliud Kipchoge will race the Berlin Marathon for the fourth time on Sept. 16, seeking again to challenge the world record on the world’s fastest record-eligible course, according to event organizers. Kipchoge, a 33-year-old Kenyan Olympic champion, won Berlin in 2015 and 2017 and was second in 2013, his only defeat in 10 career marathons. Kipchoge’s personal best of 2:03:05, set at the 2016 London Marathon, is eight seconds shy of Dennis Kimetto‘s world record from the 2014 Berlin Marathon. Kipchoge’s two Berlin wins came in 2:04:00 in 2015 (with his soles flapping out from the back of his shoes) and 2:03:32 last year in rain and humidity. Fellow Kenyan Wilson Kipsang, who lowered the world record at the 2013 Berlin Marathon and has run four sub-2:04s, is also in the Berlin field. As is Eritrean Zersenay Tadese, the half-marathon world-record holder whose marathon personal best is 2:10:41, though he ran 2:06:51 in Nike’s sub-two-hour marathon attempt not run under record-eligible conditions where Kipchoge famously clocked 2:00:25 last year. (06/11/2018) ⚡AMP