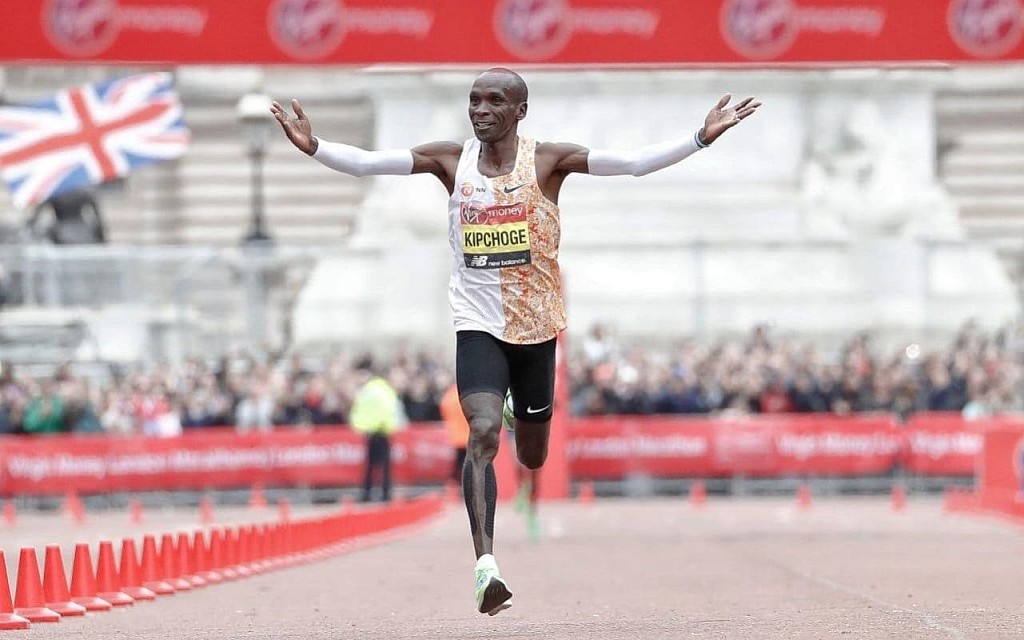 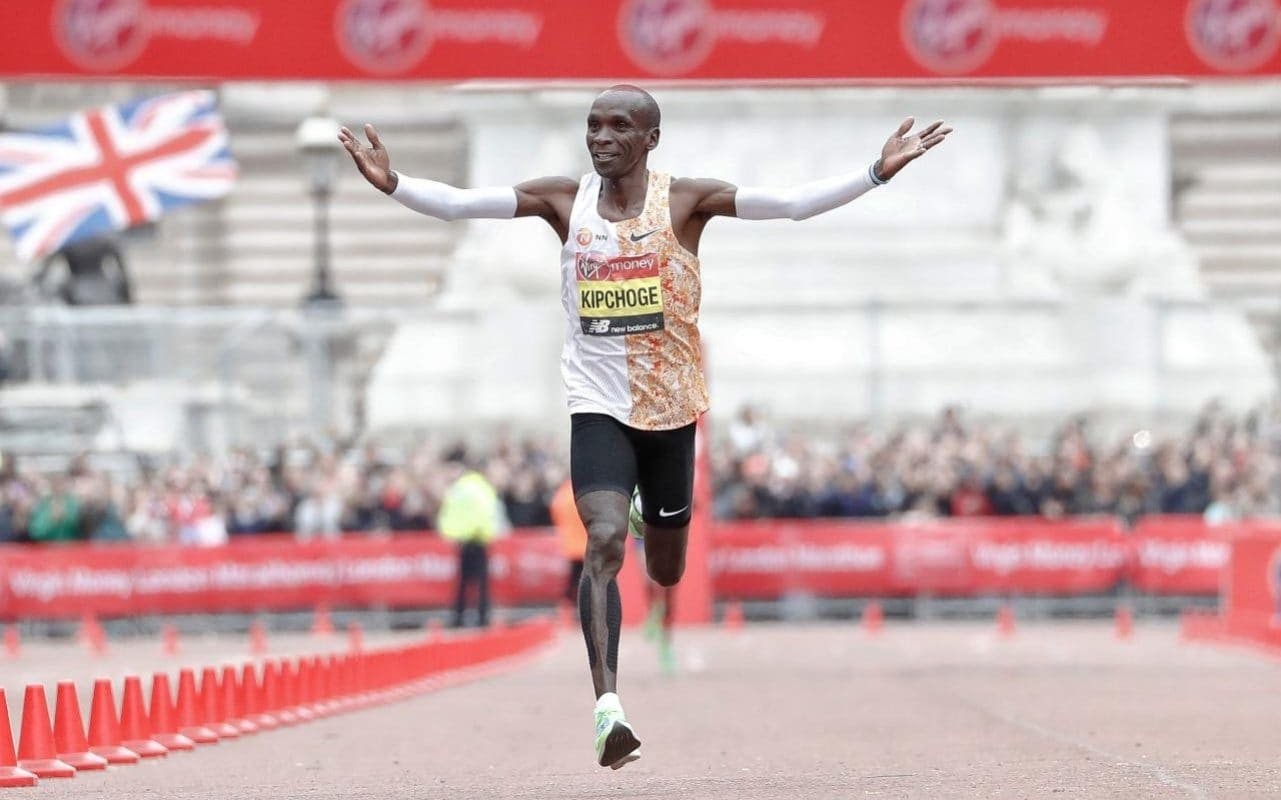 Eliud Kipchoge win the men's London Marathon posting a negative split.  He lead a group of several at the half marathon mark clocking 1:01:35 there.  The pace quicken right away as mile 14 was clocked in 4:31.

World record holder Eliud waves to the crowd as he takes the win with a time of 2hrs 2 mins and 37sec. That’s the second fastest time in history.  He said he was coming here to win but he certainly did more than this. 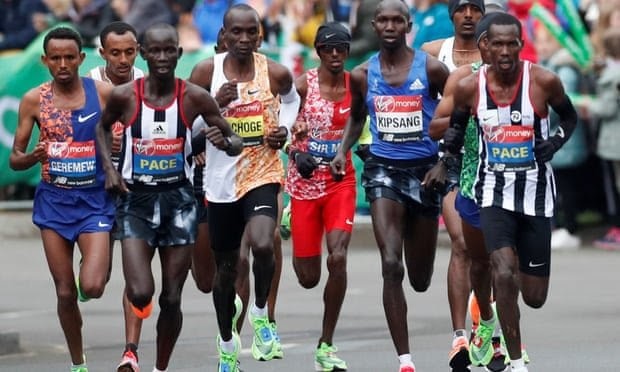 Second place was also under 2:03.  Mosinet Gerewen from Ethiopia clocked 2:02:55 followed by Mule Wasihun also from Ethiopia, in 2:03:16.  These are the three fastest times of the year.

Brigid Kosgei from Kenya won the woman’s race in 2:18:20.  She smashed the field.  Vivian Cheruiyot also from Kenya was second clocking 2:20:14.