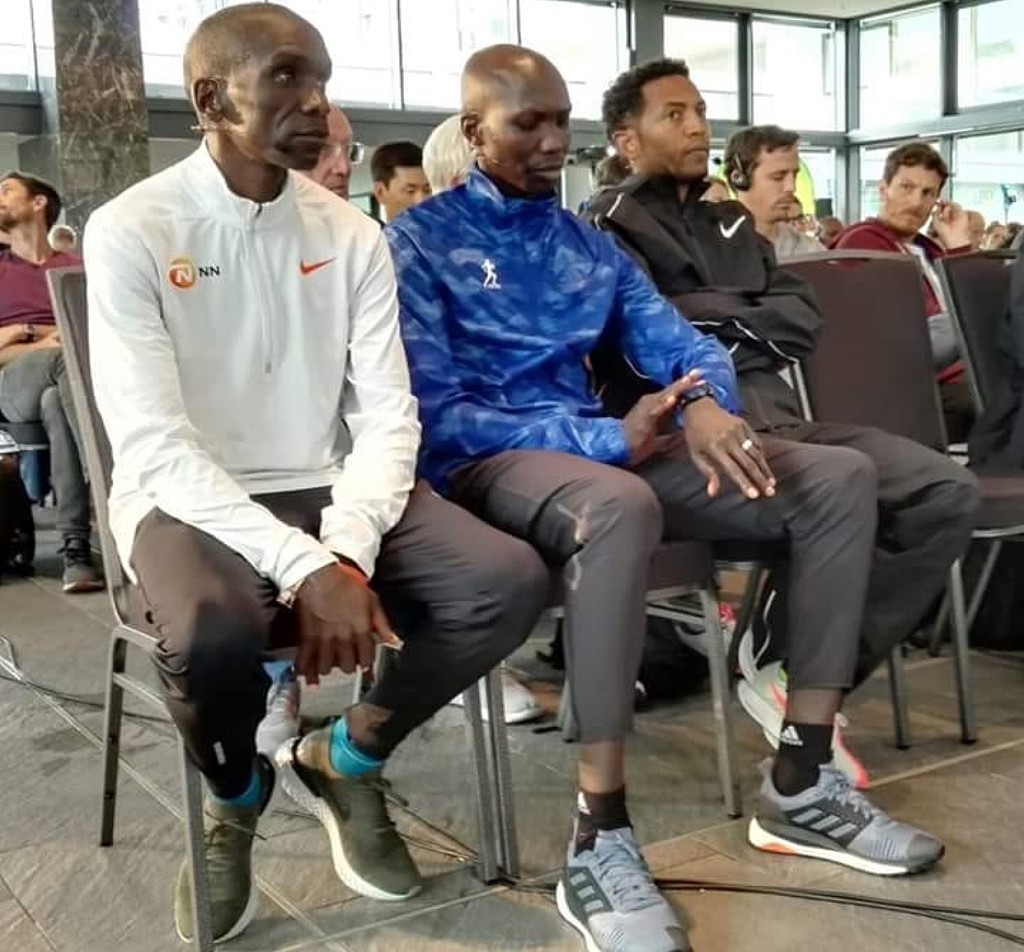 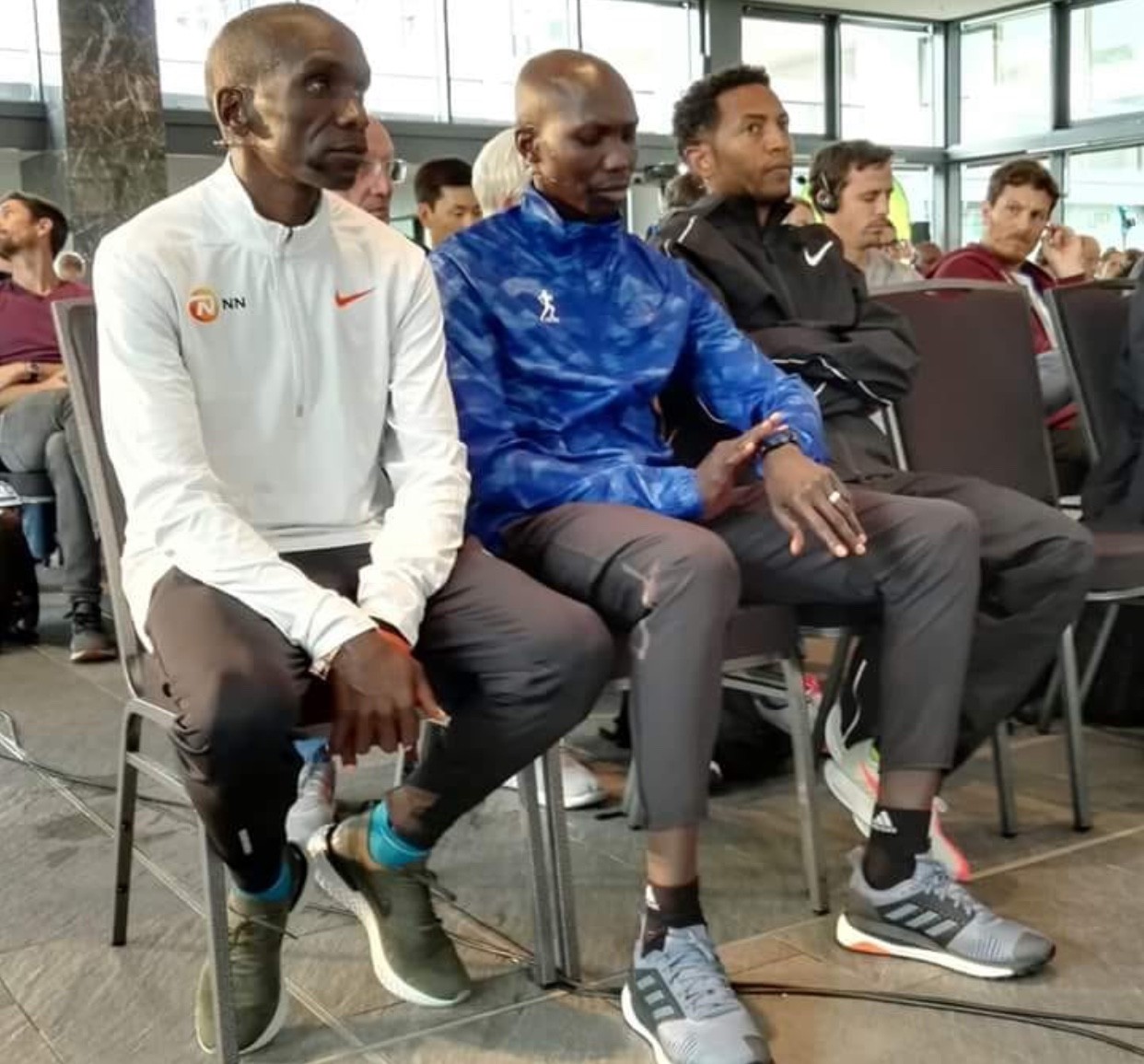 The weather forecast looks good.  Only 10% chance of rain, mostly cloudy and the temperatures in the 60’s (17-21c). The stage is set for two of the best marathoners in the world to battle each other in the 45th edition of the BMW BERLIN-MARATHON on Sunday when Eliud Kipchoge and Wilson Kipsang meet for the third round of their rivalry in the fastest marathon in the world.

Eliud Kipchoge’s aim on Sunday is to break his personal best and attack the world record while Wilson Kipsang is equally primed to set a world record.  This year’s Marathon is the biggest ever, 133 countries will be represented among the 44,389 participants.

The BMW BERLIN-MARATHON is also part of the Abbott World Marathon Majors Series (AWMM) which also comprises Tokyo, Boston, London, Chicago and New York. The new series, the 12th edition, of the AWMM begins in Berlin on Sunday and will also conclude with the 46th edition of the BMW BERLIN-MARATHON next September.

Then men’s marathon in Berlin has become a yardstick for performances at the distance worldwide. Over the past 15 years in September its flat course has been the stage for half a dozen world records. Since 2003 no other marathon has produced a men’s world record.

The world record stands at 2:02:57 by Kenya’s Dennis Kimetto to win Berlin four years ago. Eliud Kipchoge said this at Friday’s press conference and talk of a world record attempt: “After winning in London in April I concentrated on preparations for Berlin and can assure you that I shall run well on Sunday.

"I want to improve my personal best,” said the man who has won all but one of his eleven marathons and is regarded by many as the best ever at the distance.  He did hold back a little and perhaps the reason for his reluctance to commit fully in public is caused by two previous world record attempts in Berlin where the 33-year-old had bad luck.

In 2015 his shoe insoles came lose and, despite being in pain, he still won in 2:04:00. A year ago bad weather foiled the world record attempt as Kipchoge set a “Rain World Record” to win in 2:03:32. No athlete had ever run a marathon so fast in such conditions.

The only man to have beaten Eliud Kipchoge in the marathon is Wilson Kipsang and that was in 2013. Kipsang broke the world record in that Berlin race with 2:03:13.

The 36-year-old has plenty of experience and achieved consistently world class performances over many years, breaking 2:04 on four occasions – a total Kipchoge has not yet matched.

Wilson Kipsang plans to run more cautiously than Kipchoge on Sunday: “I want to run similarly to my world record in 2013. I ran the second half faster than the first then.

"This Sunday I want to reach halfway in 61:30,” said Kipsang, who dropped out of Berlin last year at 30km.