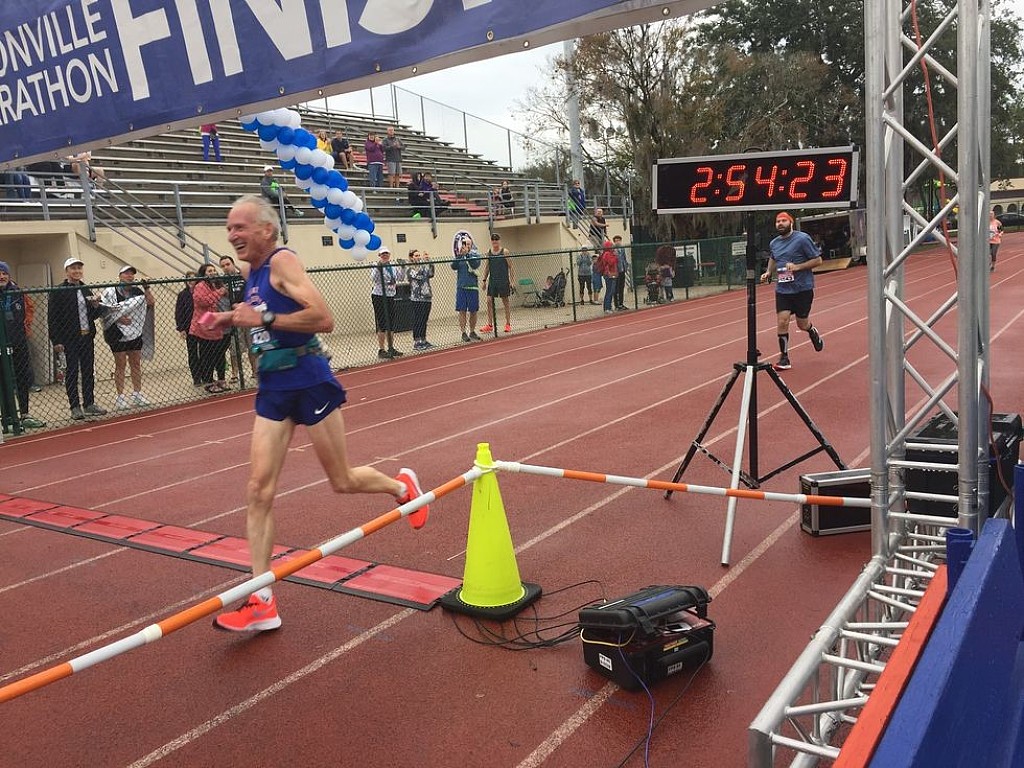 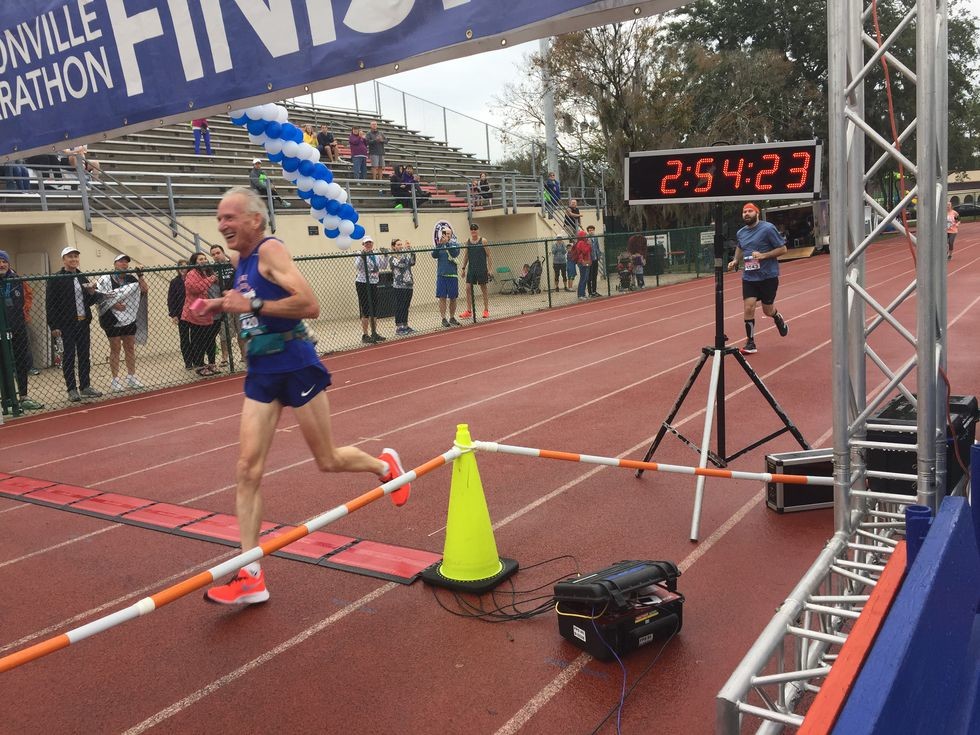 Many thought Ed Whitlock’s 2:54:48 Marathon world Record for 70 plus was untouchable until Gene Dykes came on the scene this year.

The 70-year-old Gene Dykes, a retired computer programmer clocked 2:54:23 December 15 in Jacksonville, Florida. This breaks the world record for 70 plus by 25 seconds. 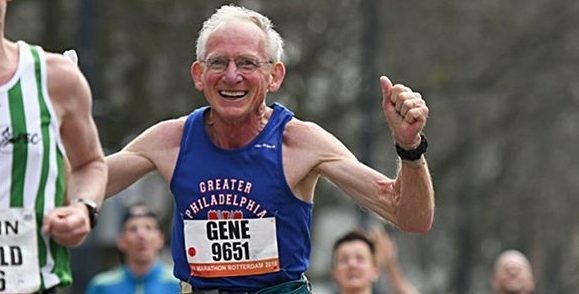 He was over a hour ahead of second place in his division and Gene ran the fastest time for men 55 plus.  (Click on the link to read more about Gene in our exclusive two part profile done a couple of months back.)

Gene has only been racing serious a few years now.  He had gone under three hours twice already this year and felt he was ready to break the world record by year end.

He decided to hire a coach recently and ever since then Gene has been winning and setting records from 1500m to 200 miles.

Unlike a lot of marathoners he also believes in running races up to 200 miles.  Another key element he says is to make sure his weight is just right. It is hard because he loves to eat.