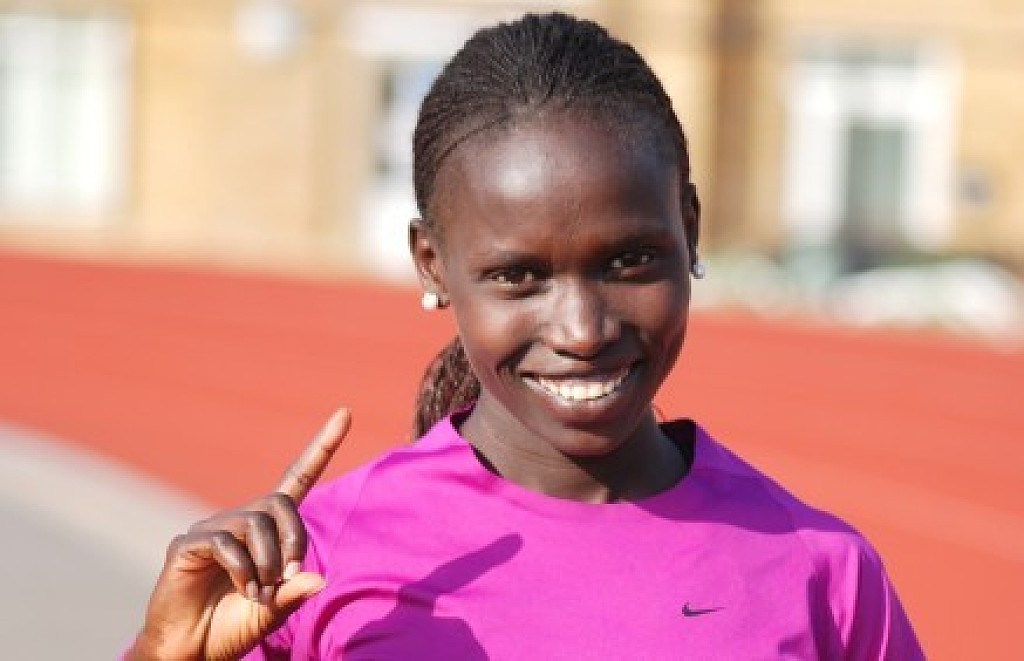 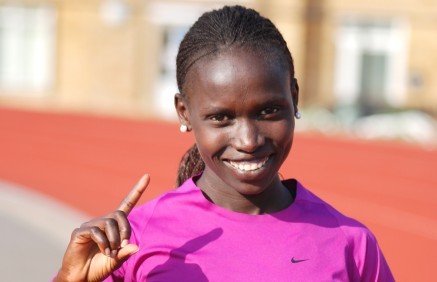 Vivian Cheruiyot appears in a confident mood ahead of Sunday’s Virgin Money London Marathon, and with good reason.

The defending champion returns to the UK capital as a 66:34 half-marathoner, having improved her PB to claim victory in Lisbon last month. That run, she says, paired with her performances in training, proves she’s in even better shape than last year, when she defeated a field including her fellow Kenyan Mary Keitany after a superbly-judged race which resulted in a 2:18:31 PB.

“I am in better shape because last year I changed things and the programme of last year and this year has been the same,” says the 2016 Olympic 5000m champion, who made her marathon debut in London in 2017.

“I also did a personal best at the half-marathon in Lisbon so I think I am going to run good on Sunday.”

Twelve months ago, in challenging hot conditions, Keitany and Tirunesh Dibaba had been accompanied by male pacemakers as they set their sights on Paula Radcliffe’s world record of 2:15:25. Keitany stormed through half way in 67:16 before fading in the final miles, with Cheruiyot coming through for victory after having sat back off the lead pack initially.

This time the race will feature female pacemakers, as it did in 2017 when Keitany ran her women-only world record of 2:17:01 to secure her third London Marathon title. 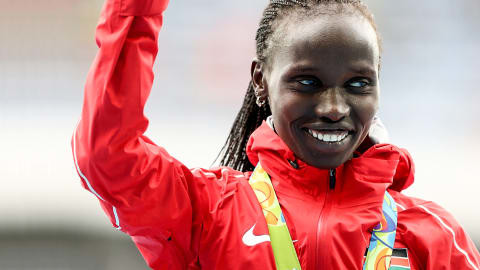 World half-marathon record-holder Joyciline Jepkosgei heads the lead group of pacemakers and will be joined by Dorcas Tuitoek and Edith Chelimo. Eunice Chumba will pace a second group.

While Dibaba won’t be racing on Sunday as she is expecting her second child, Keitany does return and the pair will also be joined by two other sub-2:19 runners – Chicago champion Brigid Kosgei and Berlin winner Gladys Cherono.

Cheruiyot believes a women-only world record could be on the cards.

“The male pacemakers, they were quicker (last year) because the ladies wanted to run 2:15. I think now people are trying to run 2:17,” she says. “It’s possible (for the women-only world record to be broken) on Sunday if the weather is good because I know the athletes are very strong.

“I’m going to try my best (to break the record herself). It will depend on how my body responds. If it is going to respond very well, I am in good shape and I’ll try to do my best.

“Running a PB in Lisbon really gives me confidence because mostly I did it alone. We have people pacing us here so my chances of running 2:17 are very high.”

Since making her debut two years ago, Cheruiyot has raced three more marathons – in Frankfurt (first in 2:23:35), London and New York (second behind Keitany in 2:26:02) – and, despite missing the track, she insists she won’t be returning to in-stadium action.

“I miss it a lot because I really liked running on the track, especially the 5000m – it was really enjoyable for me,” says the 35-year-old four-time world track gold medallist.

“We used to go for 40 minutes, one hour training (for the track), but now you have to do 40km for training – it’s very hard.

“When I started training for the marathon I was like ‘I’m going to finish the training, I’m going to be tired forever!’ But now I am catching up, I am used to it and I love it now.”