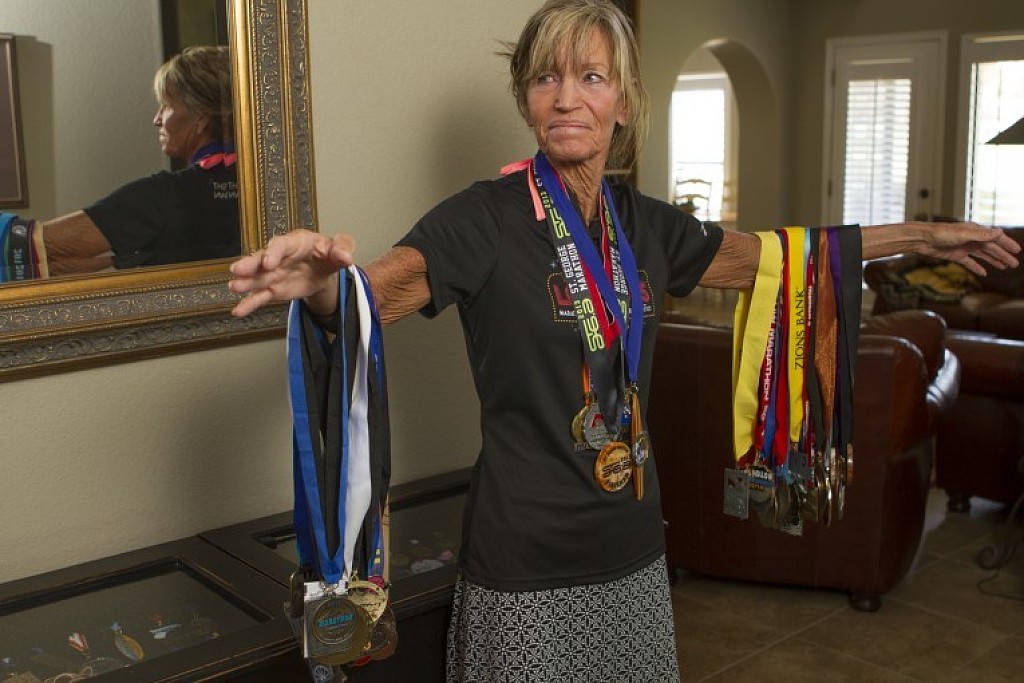 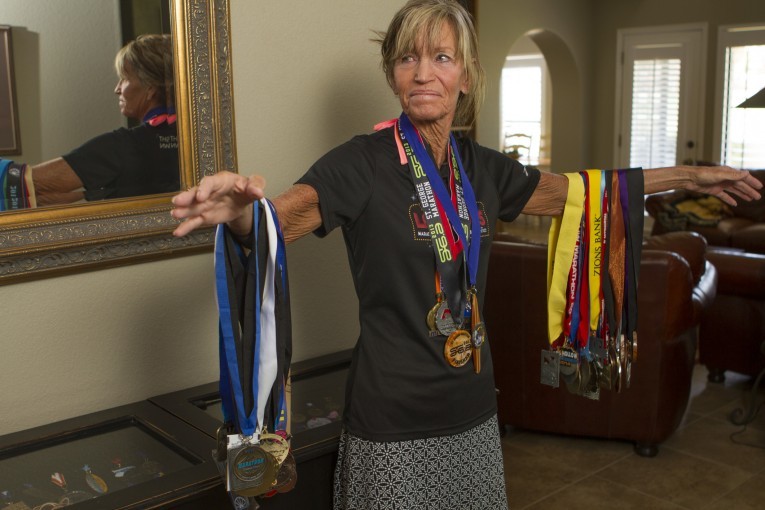 Debbie Zockoll ran the first St George Marathon back in 1977, and hasn´t stopped in 42 years

Debbie Zockoll has run the St. George Marathon as an inexperienced 21-year-old. She has run St. George while seven-months pregnant. She has run it fast and slow, in good weather and bad, while receiving breast-cancer treatments, and recovering from appendix cancer. In fact, about the only thing Zockoll hasn’t done at St. George is not run the annual Utah event that cascades through spectacular red-rock canyons. Her 41-successive finishes is believed to be the world-record “marathon streak” for women. On October 6, Zockoll, 62, takes aim on St. George number 42. This time she’s battling cancer in her lymph nodes. She had surgery just six weeks ago, but don’t bet against her. (10/02/2018) ⚡AMP