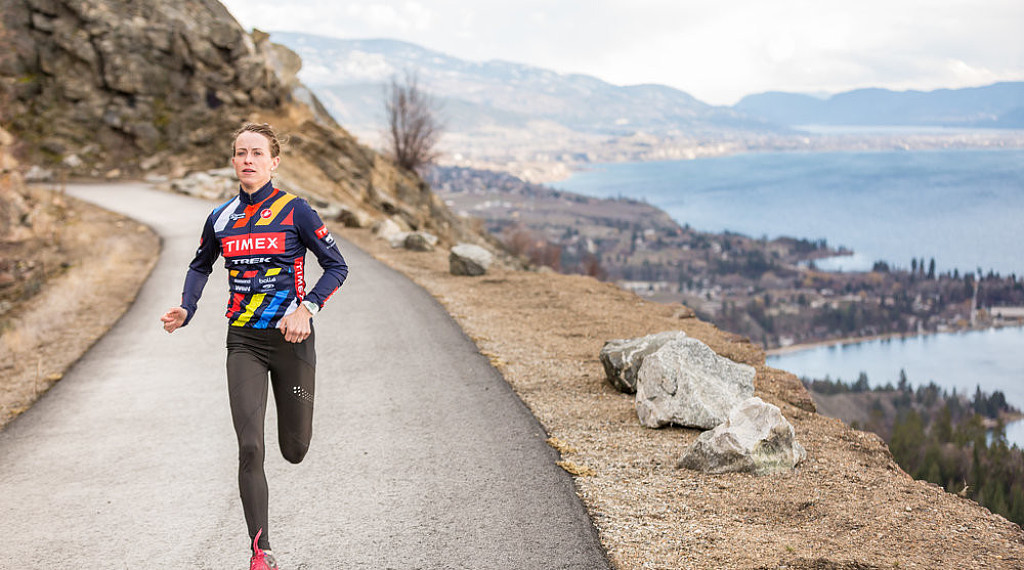 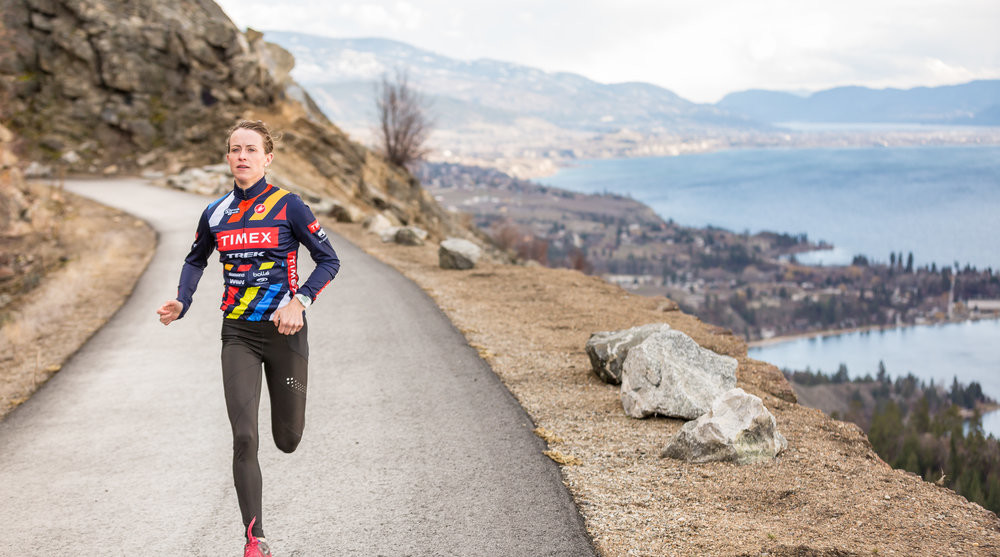 The 2020 Houston Chevron Marathon is less than two weeks away, and while it’s technically an American race, it also serves as the winter running event of choice for the many Canadian runners. For the 2020 edition lots of Canadian elites are heading south of the border to try and run fast times, but a race we’re particularly excited to see is Malindi Elmore’s.

Elmore shocked Canadian runners a year ago when she ran a 2:32 marathon debut in Houston, which she would later describe as “a fun family project.” Since her debut, Elmore’s cranked out several impressive times, including a 1:11:08 half-marathon and a 32:44 10K. The original plan was to run the Scotiabank Toronto Waterfront Marathon, which doubled as the 2020 Olympic Trials. Elmore pulled out one week from the race due to a hamstring injury.

Elmore was targeting the Olympic standard of 2:29:30 and the automatic qualification spot that came from winning STWM. If she was successful, she would have qualified for her second Olympic team, 16 years and two babies after qualifying for her first (she competed in the 2004 Olympics for the 1,500m). The runner still has until May to run standard and put herself in the conversation for the Olympic team, but making the 2020 marathon squad will be harder than ever. 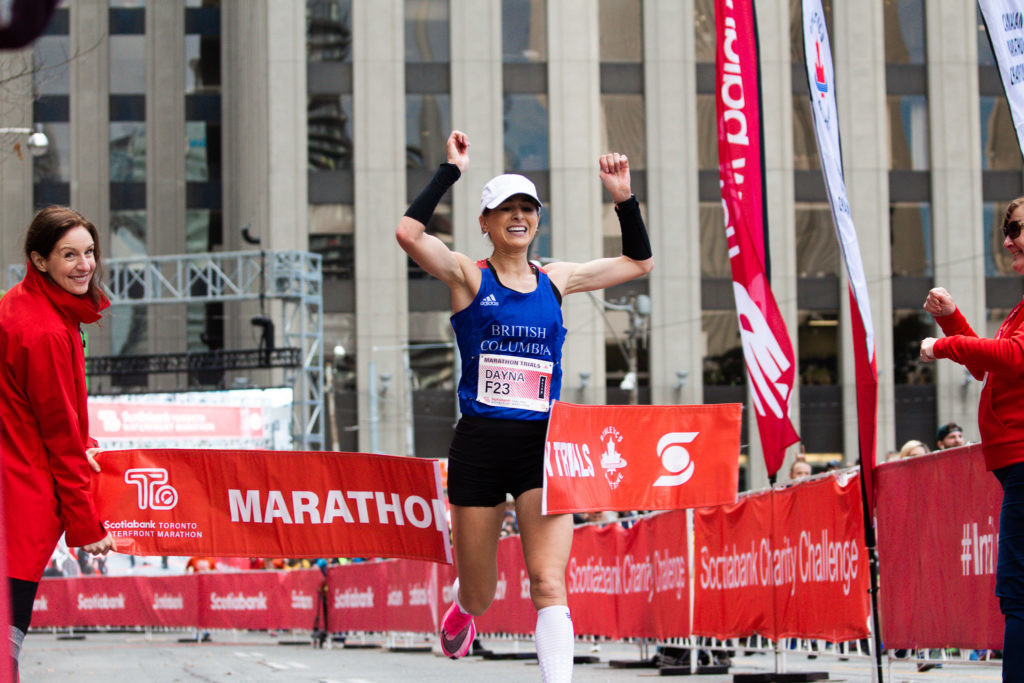 Canada can send up to three runners, but with Dayna Pidhoresky’s spot already guaranteed, Lyndsay Tessier’s top-10 finish at the World Championships acting as the equivalent to standard and Rachel Cliff knocking off the year with a new Canadian half-marathon record, the Canadian women’s road scene is deeper than it has been in years. 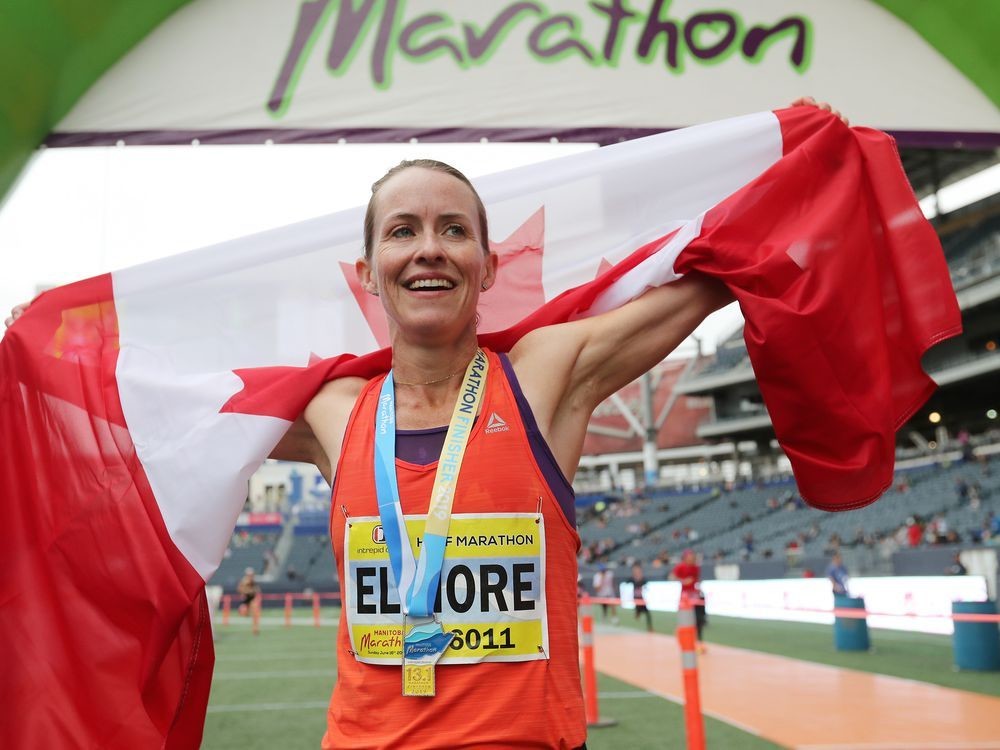 If Elmore is able to run under standard (2:29:30), there will be four Canadian women who’ve achieved it. And that’s not including Emily Setlack, who was only 18 seconds off at STWM. It’s far from cut-and-dried when it comes to who will be making this Olympic marathon team. There were years when Canada was excited to send one runner, and now there will likely be a marathoner, with standard, who won’t make the team.

But personally, Elmore isn’t overly concerned about the standard. “My goal is to run as fast as I can run, and if I perform how I think I’m capable of, it’ll land me within standard.”

The runner says that this build has been a little different than her first, due to her past injury. “Returning from injury wasn’t too bad, it took me about four weeks. That’s a pretty quick turn-around, all things considered. It was certainly a shorter build than I anticipated because I wasn’t starting from scratch.” Elmore was still working with the fitness she’d gained leading up to Scotia. She says she was very happy to see Pidhoresky and Hofbauer’s performances at STWM. “It was a really exciting race to watch. I was really happy for them and really happy to see how well they’d done.”

When asked about how Canadian running has changed over the past 20 years, Elmore says that connectedness is the biggest difference. “There’s a connection between runners and the public now. I felt much more alone doing my training and racing in 2004. Running was my personal story that I shared with people closest to me but it wasn’t available publicly the way things are now with social media.”

Elmore jokes that when she ran her lifetime personal best in the 1,500m she didn’t know for about an hour, because the results weren’t available. Then, she couldn’t tell her loved ones until she got back to the hotel and made the collect call home. “Now I put a workout up on Strava and get immediate kudos. I think there’s a greater awareness of what people are trying to achieve and what they’re doing to get there. It’s easier to build and maintain a community through technology where we can cheer people on from a distance.”