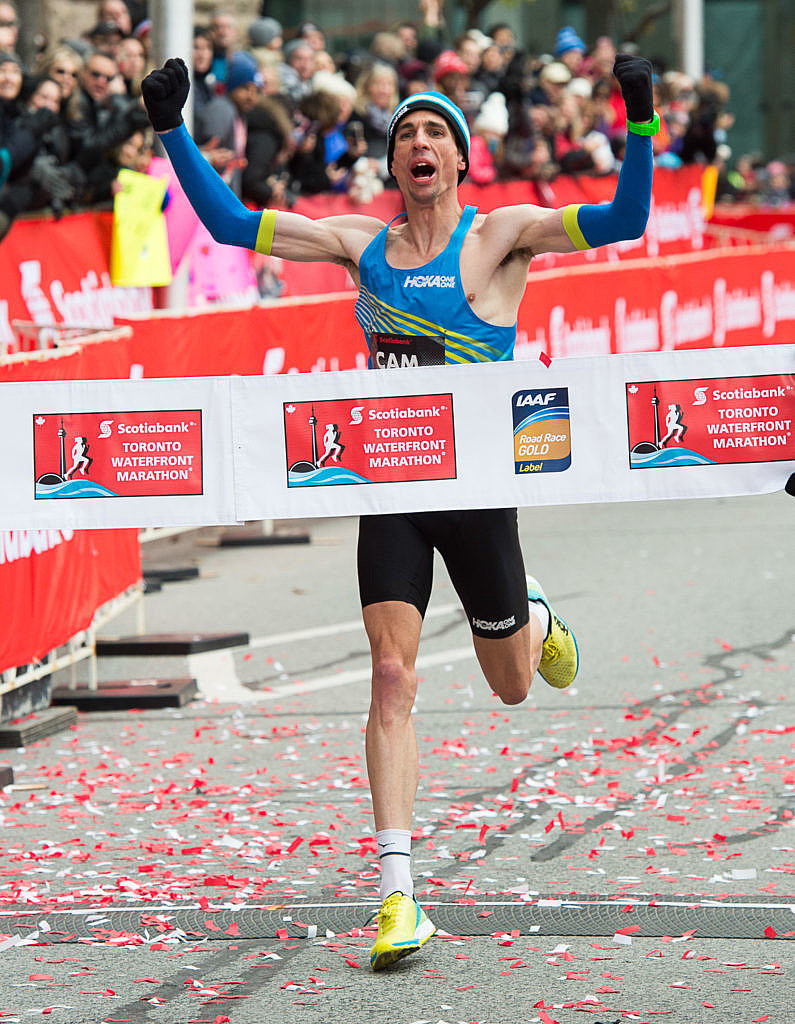 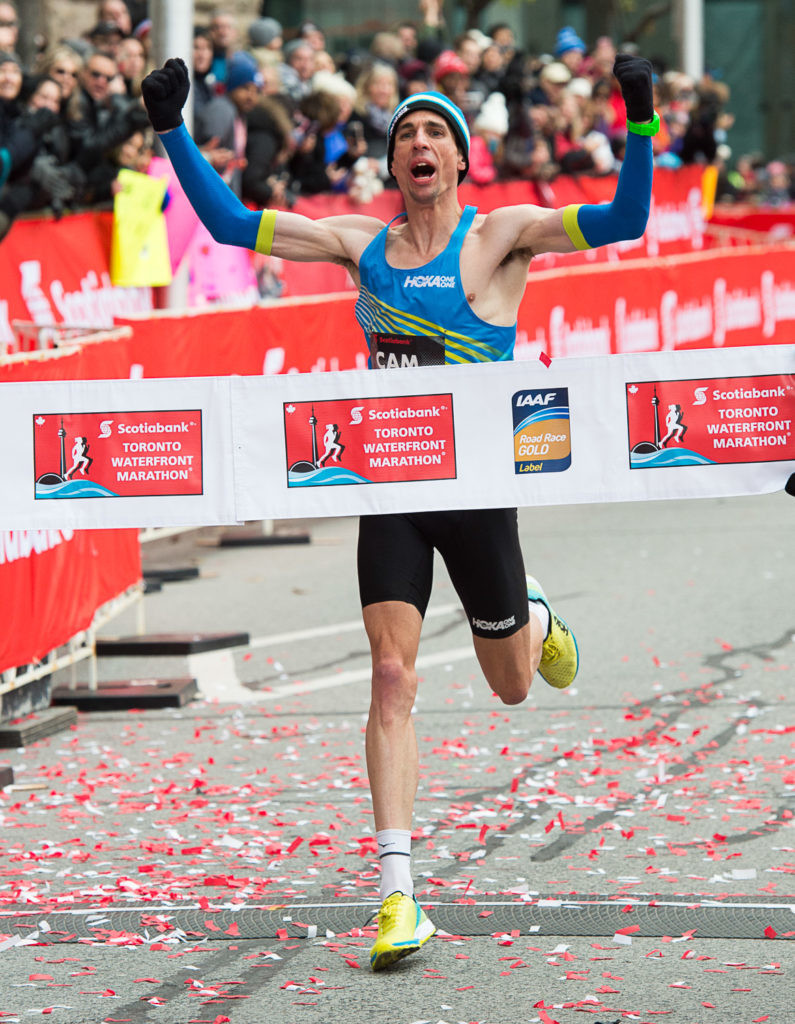 On Sunday, October 21, 2018, Levins broke a record that had stood for many more years than he’d been alive. Levins crossed the line in his marathon debut in 2:09:25, 44 seconds ahead of the record set 43 years ago by Jerome Drayton.

Levins had hoped to take another stab at the marathon in London this year, but was sidelined due to injury. Since withdrawing from the London Marathon, Levins has gotten healthy and announced his fall marathon will take place in Toronto.

Levins told journalist Paul Gains, “I was thrilled with how I performed, and I will probably remember crossing the finish line there for the rest of my life. It’s exciting to go back to a race where I now know the entire course. 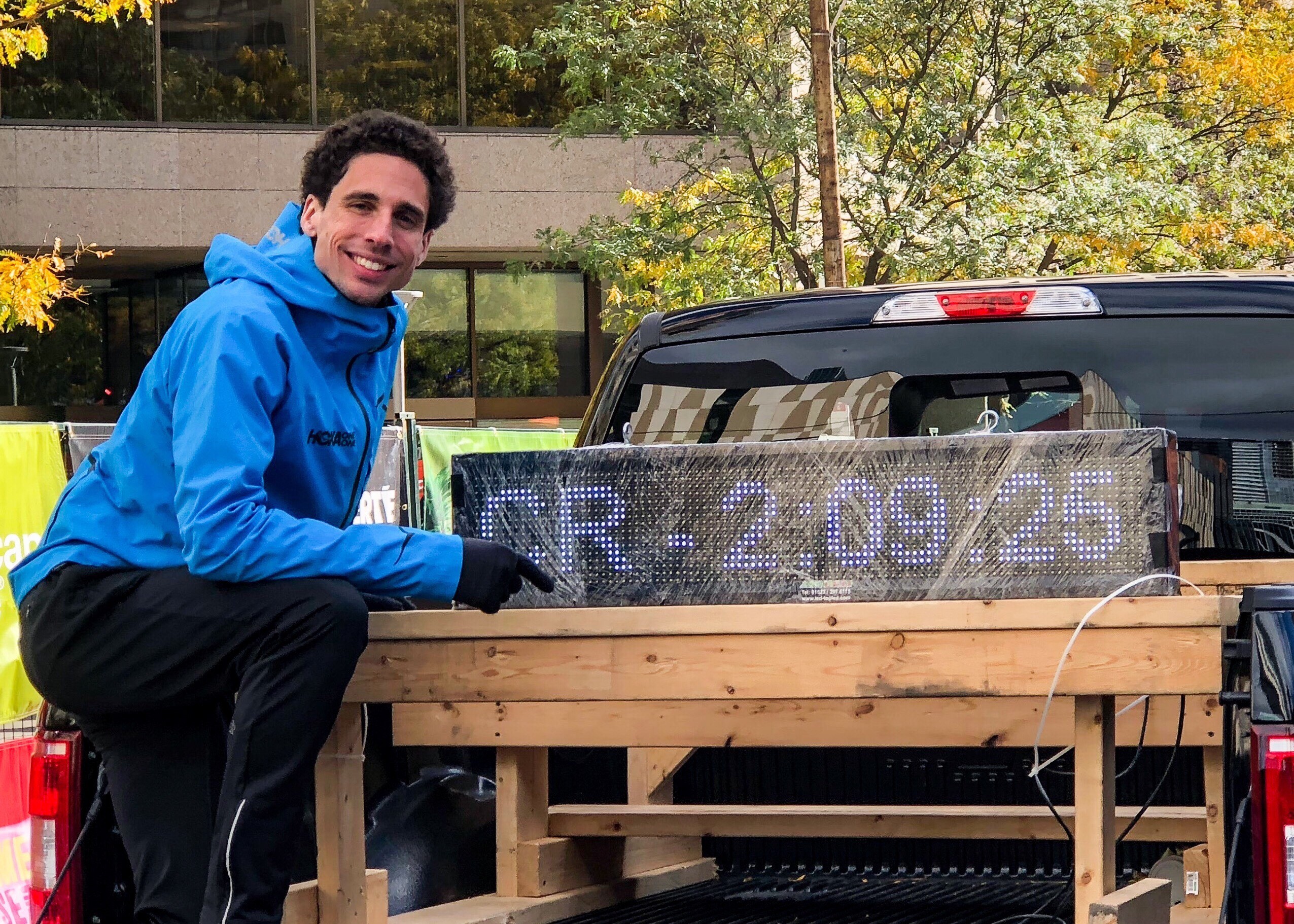 I also feel like I know what to expect. I may not feel the same as I did last year, but if I can go and have a similar experience, I will be happy.” 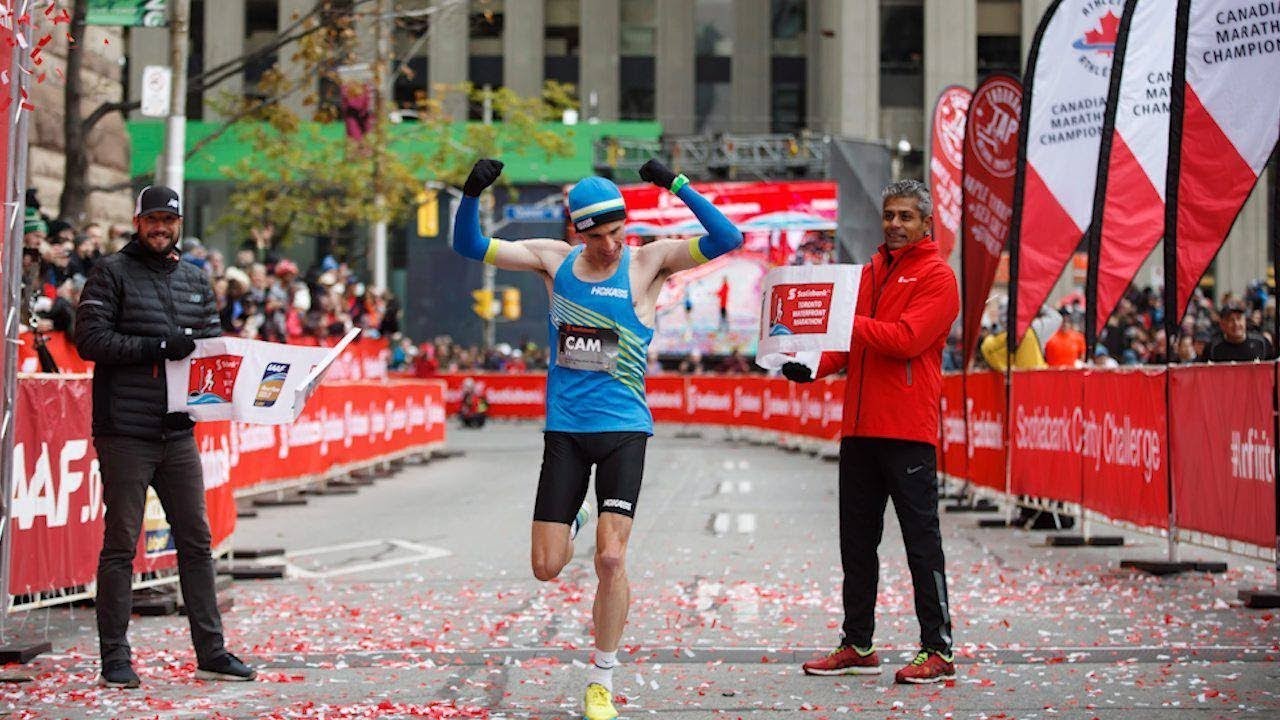 As an added bonus, the 2019 STWM is also the Canadian Marathon Championships, and therefore, an Olympic qualifier. The first Canadian male and female finishers will receive automatic pre-selection for the Tokyo Olympic marathon next August, provided they achieve the 2:11:30 (male) and 2:29:30 (female) standards.

If they do not go under those standards on October 20th, a place will still be held open for them until May 31, 2020 to allow them to attain the standard. Anyone else hoping to represent Canada in the marathon in Tokyo will have to wait until June 1, 2020 before selections are announced, so the Toronto Championship race offers a huge incentive.