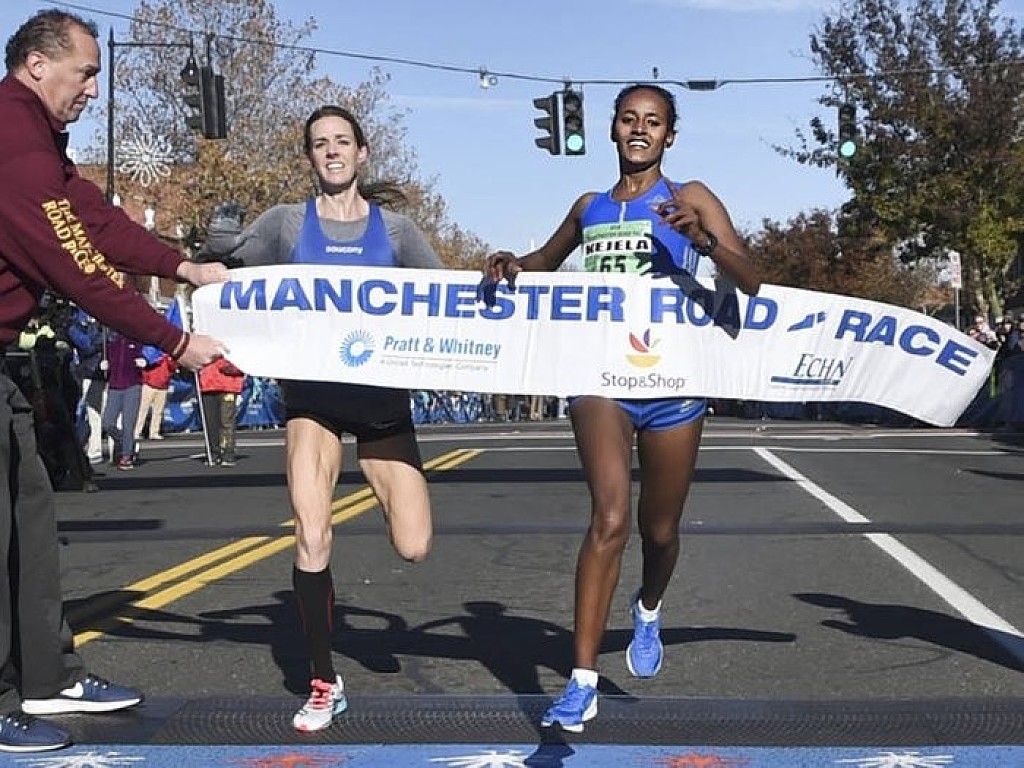 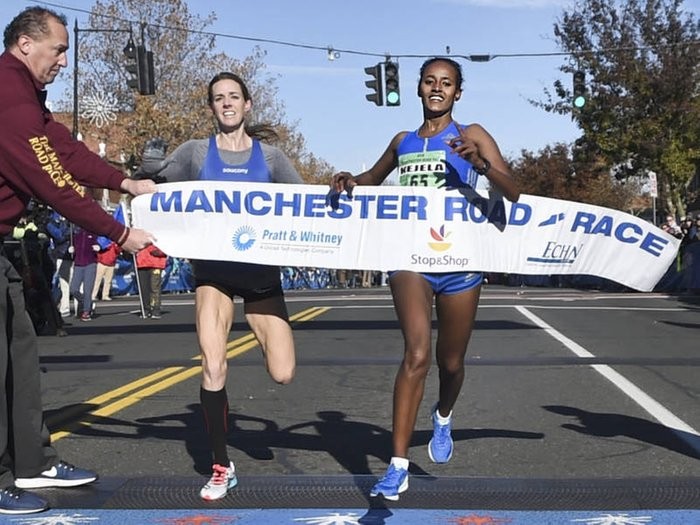 Buze Diriba of Ethiopia will defend the Manchester Road Race title she captured with a record-setting time last Thanksgiving. Race officials this week announced today that Diriba, 24, has entered the 2018 MRR. She edged Molly Huddle at the finish line last year to win in 23:57. Her time beat the course record of 23:59 set by the late Emilie Mondor of Canada in 2003. Joining her in the 2018 field will be former winners Diane Nukuri and Emily Sisson. Nukuri, an Olympic runner from Burundi, captured back-to-back road race championships in 2014 and 2015. Sisson, who was an All-American competitor at Providence College, won the 2016 MRR. The 82nd Manchester Road Race will take place at 10 a.m. on Thanksgiving Day (Nov. 22 of this year). The race starts and finishes on Main Street in Manchester, in front of St. James Church. (11/06/2018) ⚡AMP