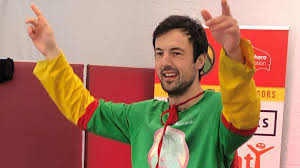 Decked out in his Adventureman superhero costume for the start and the end of the run, McDonald ran in a large tent set up for the purpose in an outdoor mall, where people could come to watch and encourage him, and even run alongside him on an adjacent treadmill.

He slept only two or three hours a night while logging an average of 73 miles (116.8K) per day.

The treadmill run is only the latest in a string of astoundingly ambitious quests for McDonald, who had only been back in the UK for a few weeks after running across the US unsupported. 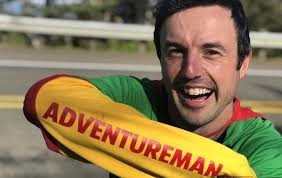 McDonald was very ill as a child with syringomyelia, a rare disease of the spine, that had him in and out of hospitals for the first nine years of his life. He eventually recovered, regained some mobility and gradually became more active, eventually taking up running.

As an adult, McDonald was so grateful to the hospitals where he received treatment that he has mounted a steady stream of quests and records to raise funds for them.

His Superhero Foundation has raised hundreds of thousands of dollars for children’s hospitals around the world.