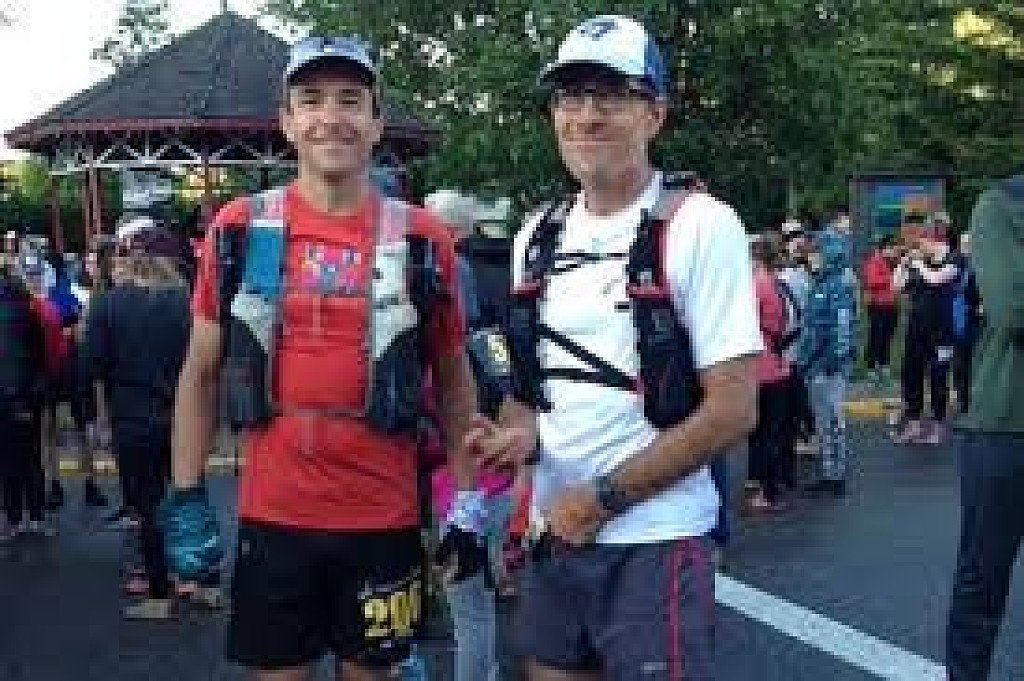 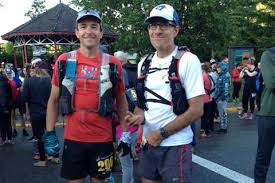 Brian McArthur (Right), 46, finished ninth overall and second among racers in the Masters Category with a time of 22 hours, 21 minutes and 32 seconds. He said his goal was to finish the race in under 24 hours and added he was happy with his time as well as the top 10 finish. Of the 286 runners registered, only 86 managed to finish. Last fall, McArthur raced in the Ultra-Trail du Mont Blanc (UTMB), a 171km trek through France, Italy and Switzerland. That race brought him through elevations of more than 2,500m and McArthur said the experience helped prepare him for the Sinister 7. “This race, I needed to take it easy and not run too hard,” he said. “It’s a long day and you need to save yourself because there’s lots of time to run hard at the end. I laid back and took the first three stints fairly easy in the first 80km. Then started to feel recovered, then the last half I ran fairly hard and the last 40km I felt great and I ran about 20 people down.” The Sinister 7 race traveled through 6,400m of elevation and was a grueling endeavour, but McArthur said his biggest challenge was overcoming the mental fatigue. “Managing the pain levels and realizing that it will go away. That it’s just temporary. Think about other things, like the beautiful environment you’re running through,” he said. “Enjoying the moment and the other runners that you come across. Just enjoying the experience and being able to appreciate the moment.” McArthur added that he was motivated to start ultramarathons after joining a running club in Red Deer and participating in a marathon. It was through the club that he heard about longer races. Originally, he thought the idea was crazy. “Six years later, that’s what I’m doing. It kind of creeps up on you,” he said. (07/11/2018) ⚡AMP