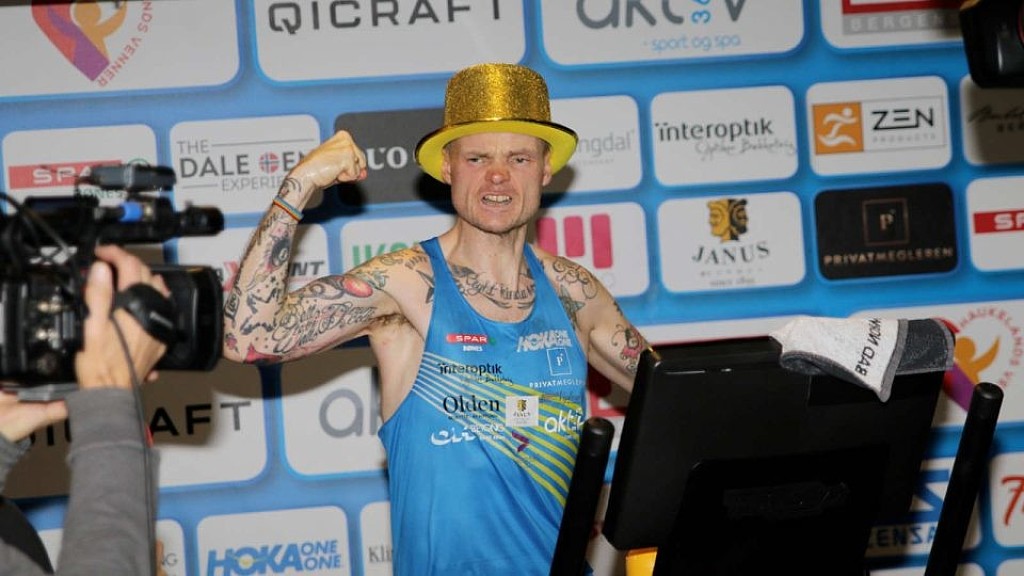 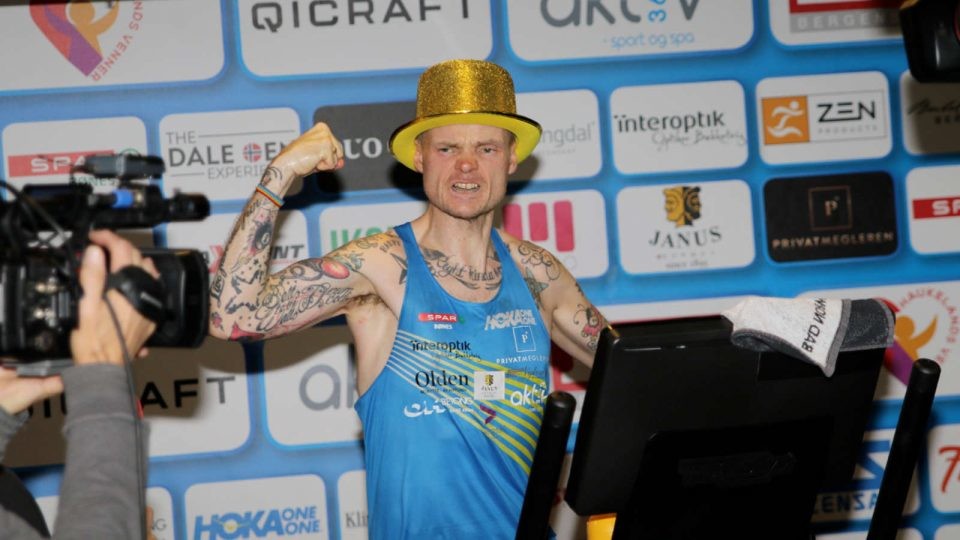 Norwegian ultrarunner Bjørn Tore Taranger, 39, has broken the 24-hour treadmill record. Earlier this month Taranger ran 264.5K (164.3 miles), more than three kilometers better than the previous record, which was set by Luca Turrini of Australia last year. It translates to an average pace of 5:26 per kilometer (or 6.8 miles per hour which is 8:49/mile pace), maintained over 24 hours. Before going for Turrini’s record, Taranger first surpassed the Norwegian treadmill-running record of 240K. The heavily tattooed ultra runner plays the drums in a punk band when not setting extreme running records. Taranger’s record-breaking run took place in Bergen, Norway (Taranger’s home town) on October 11-12.  Taranger's achievement was more impressive since he was only 10th place in the 24th World Championships in Belfast in 2017, where he ran 257.6 km. “I knew I had it in me, I was not in doubt,” Taranger said after he recorded the new world record, "I knew that as long as I managed to get in my nutrition, follow the plan with the wonderful people here who have supported me throughout the night. That was awesome!,” dagdag pa niya. That was awesome !, "he added.   (10/31/2018) ⚡AMP