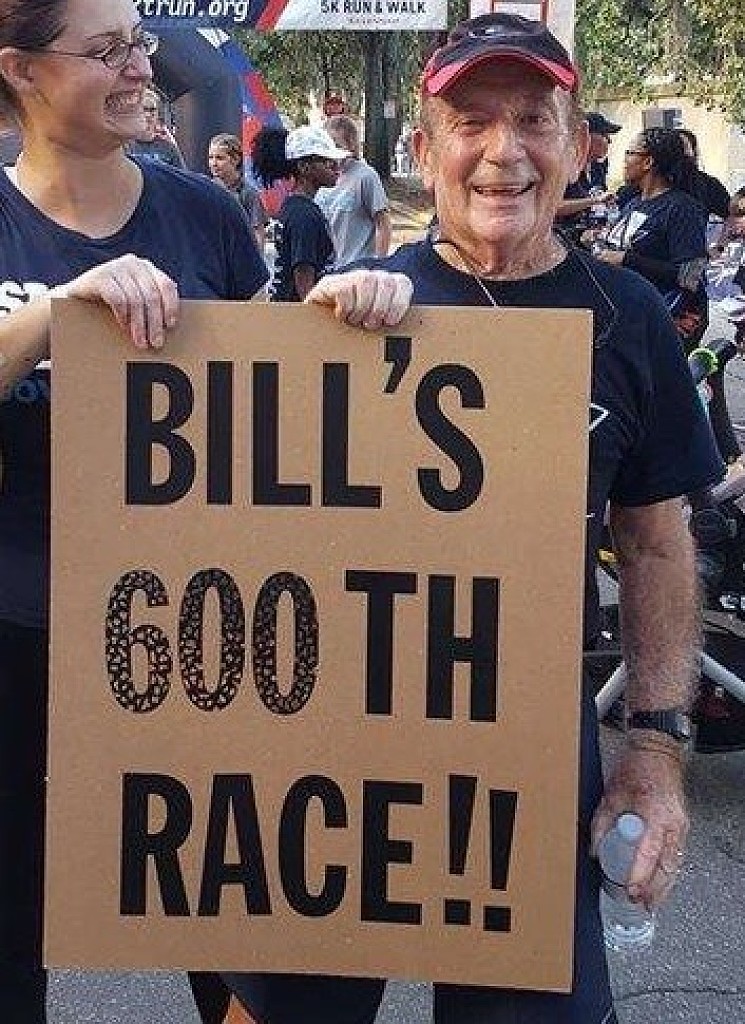 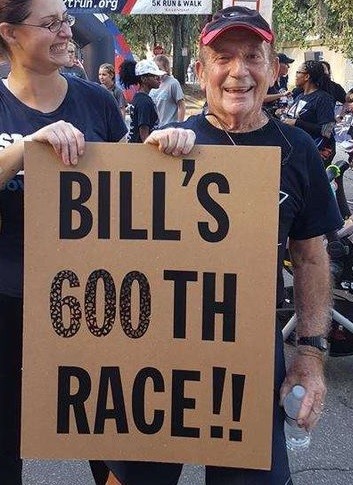 Bill Briggs didn’t start running until he was nearly 50. But once he laced up for the first time, he didn’t stop. He’s run Boston four times, as well as many other marathons, 10Ks, and 5Ks. Recently, at age 88, he crossed his 600th finish line. “I had no idea what I was getting into when I started running in June 1979,” Briggs said. “I had recently retired as a meteorologist with the U.S. Weather Service and needed to regain control and structure to my life. One of my two adopted children was having substance abuse issues. Running helped me immensely. “Although I was significantly undertrained for the marathon, I finished in 5 hours and 30 minutes.” After 600 races, Briggs has the running and racing routine down pat. “I dutifully record each and every race in my running log as soon as possible,” he said. “That way, I don’t lose track. I don’t have another race goal set. I just want to enjoy life.” But it took some time for Briggs to fall in love with the sport. He grew up envying jocks and their athletic abilities—Briggs was the kid with the Coke-bottle-thick glasses who hated gym, and that set him up for decades of feeling like he wasn’t sporty. In 1979, though, he decided to give running a shot. He found it a pleasant surprise. “Finally, I had something I could do reasonably well,” he says. “That made me extremely happy.” (09/21/2018) ⚡AMP