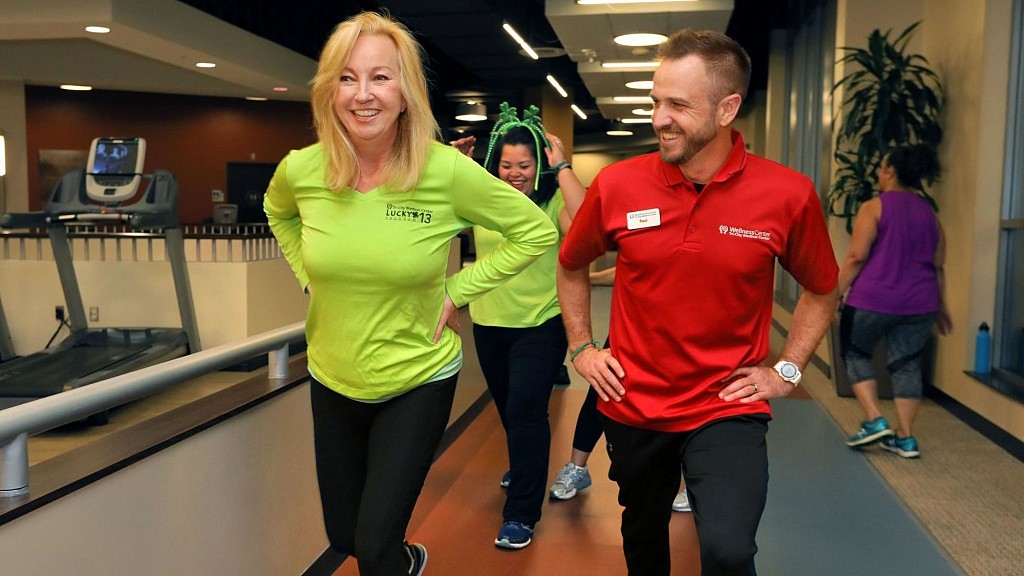 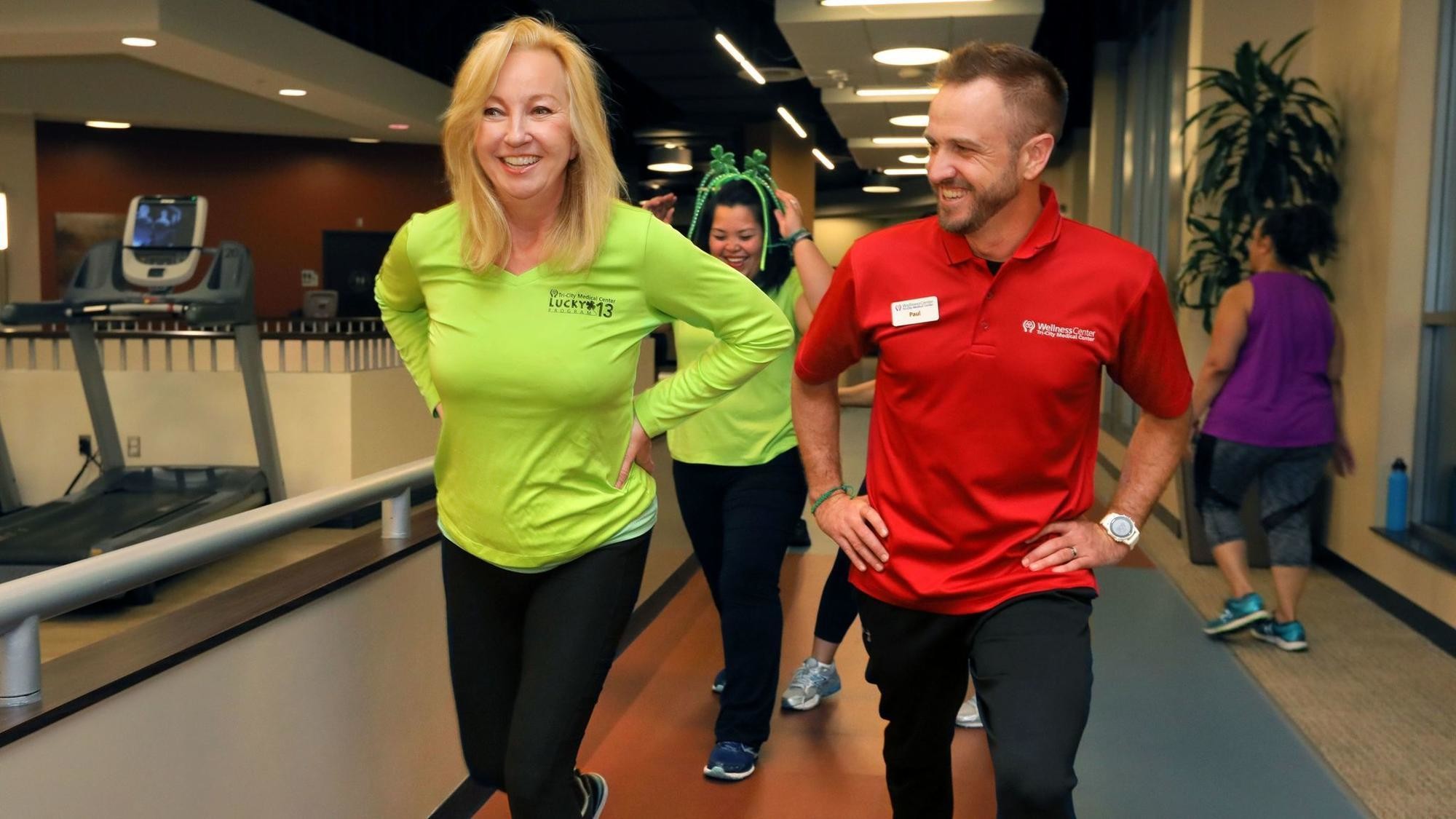 Thorp, 57, is one of the “Lucky 13,” a baker’s dozen of former Tri-City Medical Center patients chosen each year for six months of free fitness and race training and free entry fees for the 13.1-mile race. “Lucky 13” trainer Paul Carey hand-picked this year’s 13 team members from about 40 applicants. The team includes men and women ages 34 to 69 recovering from heart attacks, cancer, back and leg injuries and obesity and diabetes-related health problems. But a sad back story isn’t enough to make the team, Carey said. “The common thread among this year’s team members is gratitude and joyfulness,” he said. “They’re all fighters and team players. They’re ready to transform and change their lives by pushing themselves to find out what they’re made of.” Thorp’s brain injury wasn’t the first time she and her husband, Brad, had dealt with great adversity. In November 2008, the couple buried their 18-year-old son, Mitchell, after an excruciating five-year medical odyssey that maxed out their insurance, emptied their bank account and led them to specialists all over the country. The cause of his illness was never diagnosed. To find purpose in their grief, the couple gave back to the community that had supported them during Mitchell’s long health battle. In 2009, they launched the Mitchell Thorp Foundation, which each year provides more than $250,000 in support and counseling to the families of children with life-threatening illnesses. (12/01/2018) ⚡AMP