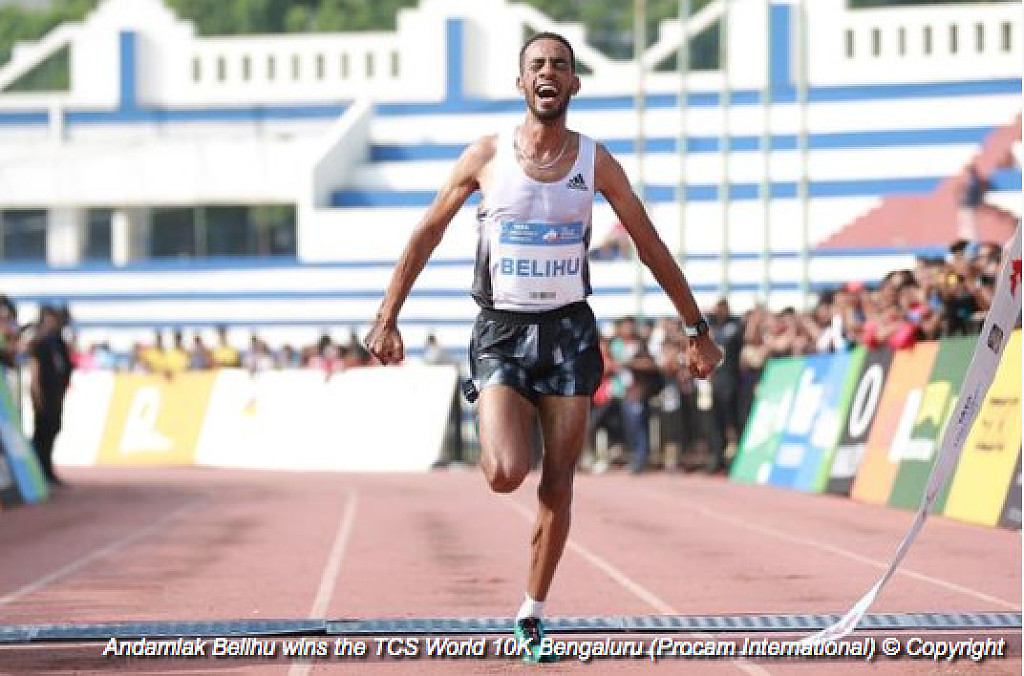 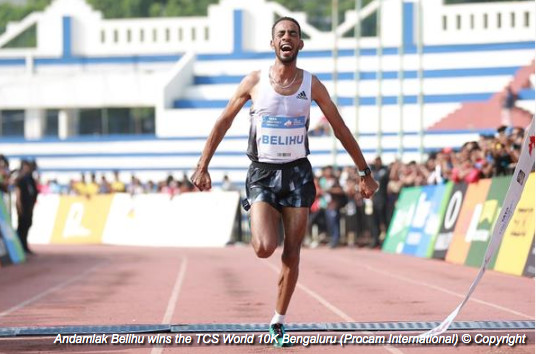 Belihu takes the title at the TCS World 10K in Bengaluru

Andamlak Belihu added the TCS World 10K Bengaluru title to the Delhi Half Marathon crown he won seven months ago, crossing the line in the IAAF Gold Label road race in 27:56 on Sunday May 19.

In difficult conditions with high humidity and temperatures reaching 26C, the 20-year-old Ethiopian was prominent at the front of the leading pack from the outset. Eight men went through 5km in 14:11 before Uganda’s Mande Bushendich made an audacious early move just after the halfway point.

Bushendich went through the gears so rapidly that the leading group was quickly fractured and by 7km only Belihu was left to challenge him. It initially looked as though Belihu was also going to be dropped as he briefly struggled to stay with his rival –later saying that he had suffered some knee pain which then passed – but he took the lead again with just under two kilometres to go before he pulled away, never to be headed all the way to the line in the Garden City’s Sree Kanteerava Stadium.

Belihu crossed the line in 27:56, just eight seconds outside his personal best and 12 seconds off the course record. Bushendich finished second in 28:03. 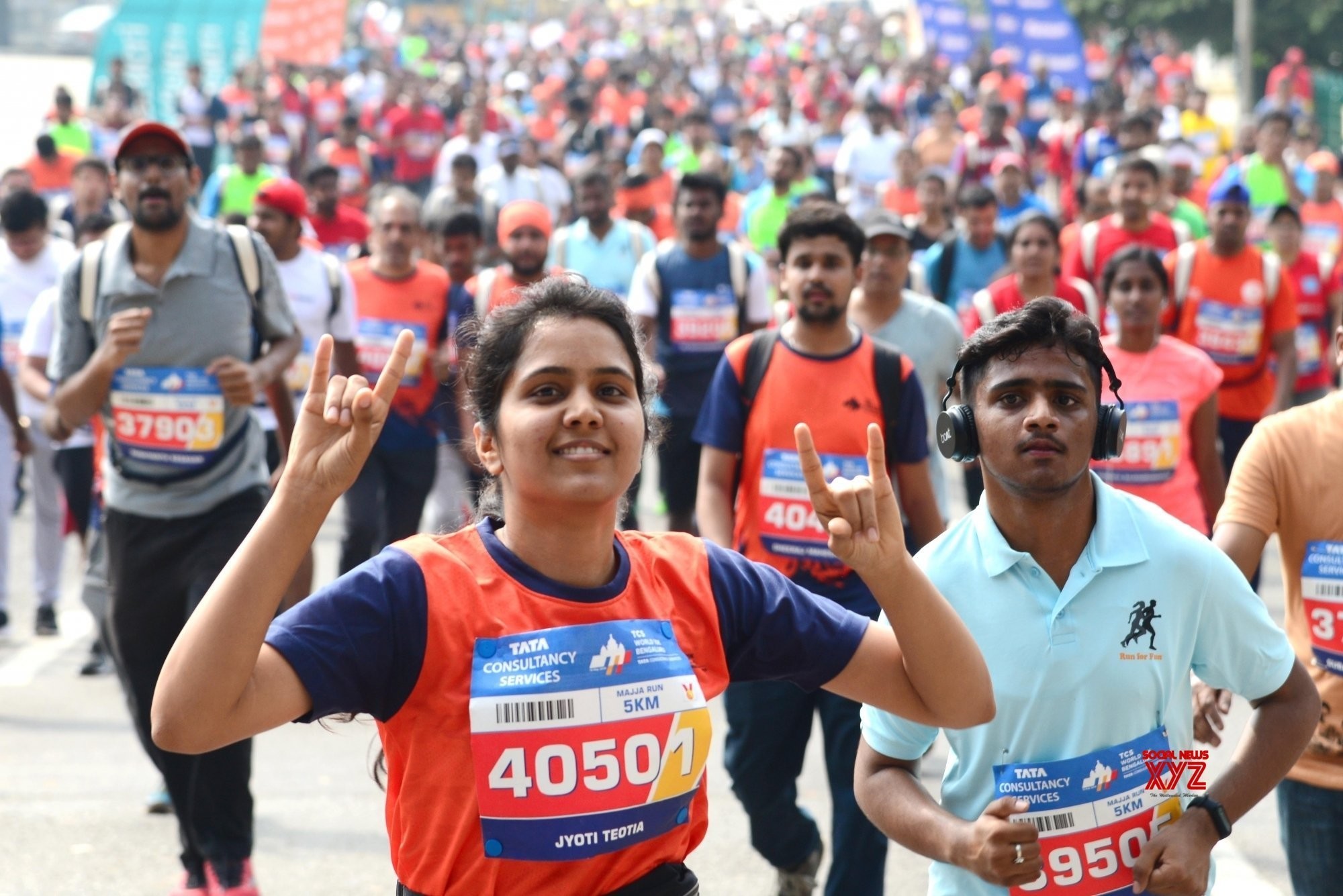 “I expected to run a fast time as there were so many good runners in this race, but I also expected to run even faster than this,” said Belihu, who finished 10th in the 10,000m at the IAAF World Championships London 2017 while still an U20 athlete.

Agnes Tirop’s finishing time may have been more than two minutes slower than her 31:19 course record from 12 months ago but the world 10,000m bronze medallist retained her title and became the first woman to win back-to-back crowns in the 12-year history of the race.

Nine women went through the first half of the race in a modest 18:06, more than two minutes down on last year’s split. Tirop put in regular short bursts of pace during the next three kilometres but they did nothing to break up the group apart from dropping Bahrain’s world marathon champion Rose Chelimo.

Eight women were still closely grouped together as they entered the stadium for one final lap of the track. Ethiopia’s Letsenbet Gidey darted into the lead on entering the stadium but, with 50 metres to go, Tirop still had plenty in reserve and emerged victorious in a thrilling five-woman sprint for the line.

Tirop won in 33:55 with just two seconds covering the top five. Senbere Teferi was second and Gidey third, both women also given 33:55.

“I would have liked to have run faster and I did my best but no one else wanted to push hard so I was just content with the win,” said Tirop. 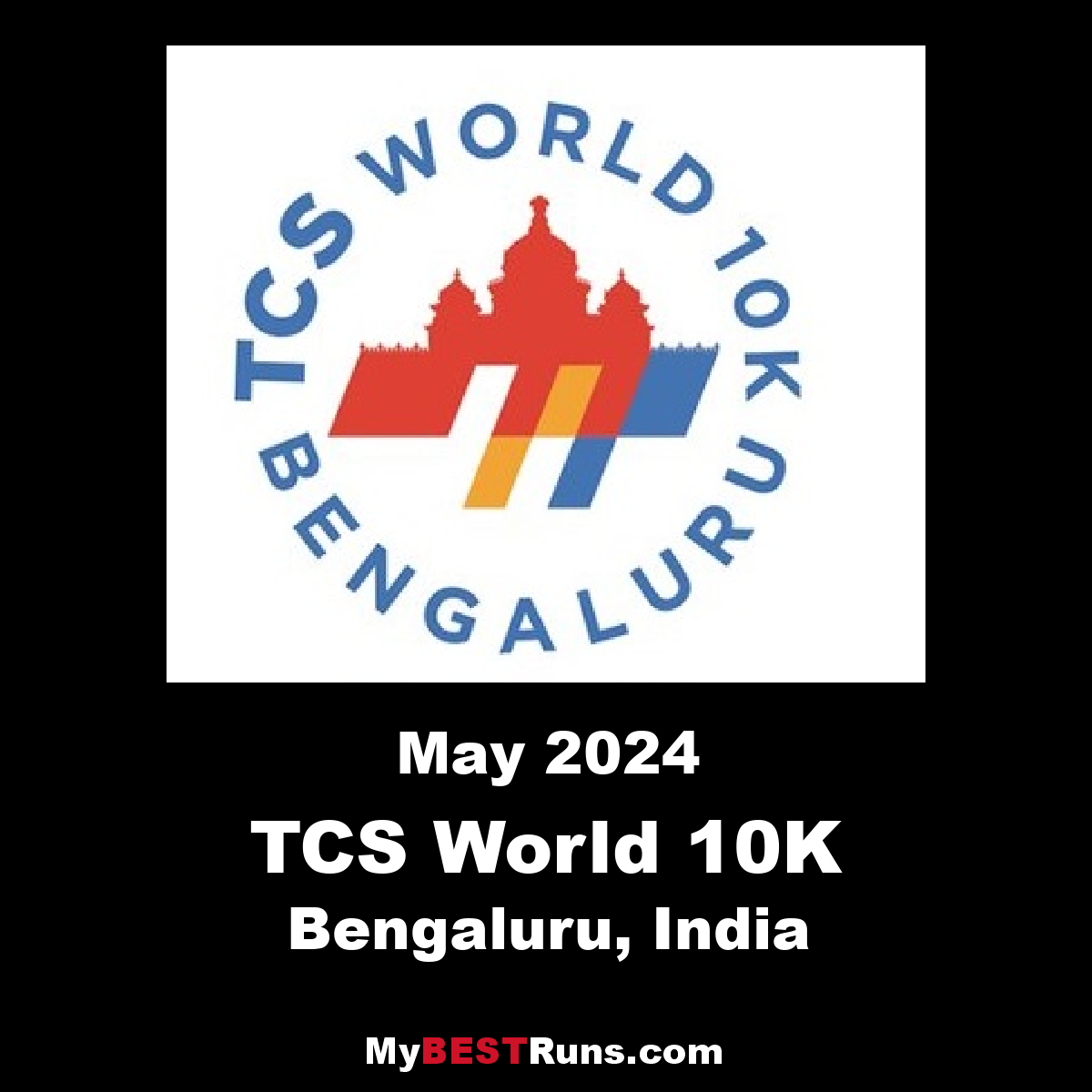