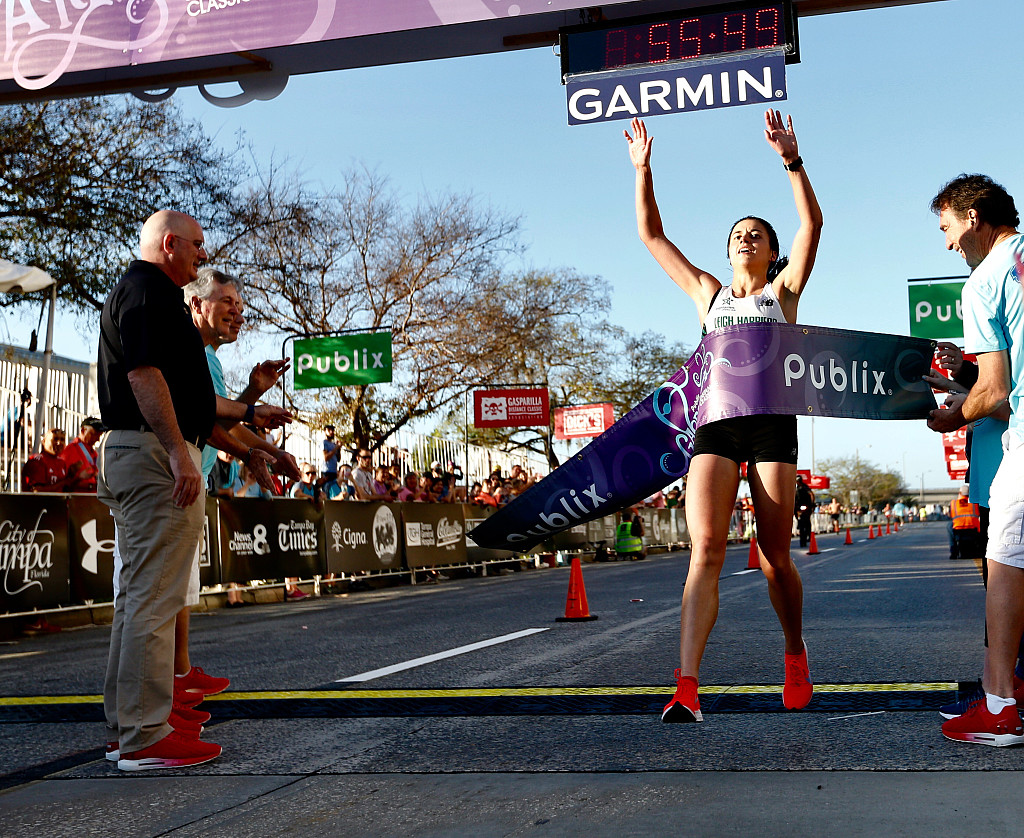 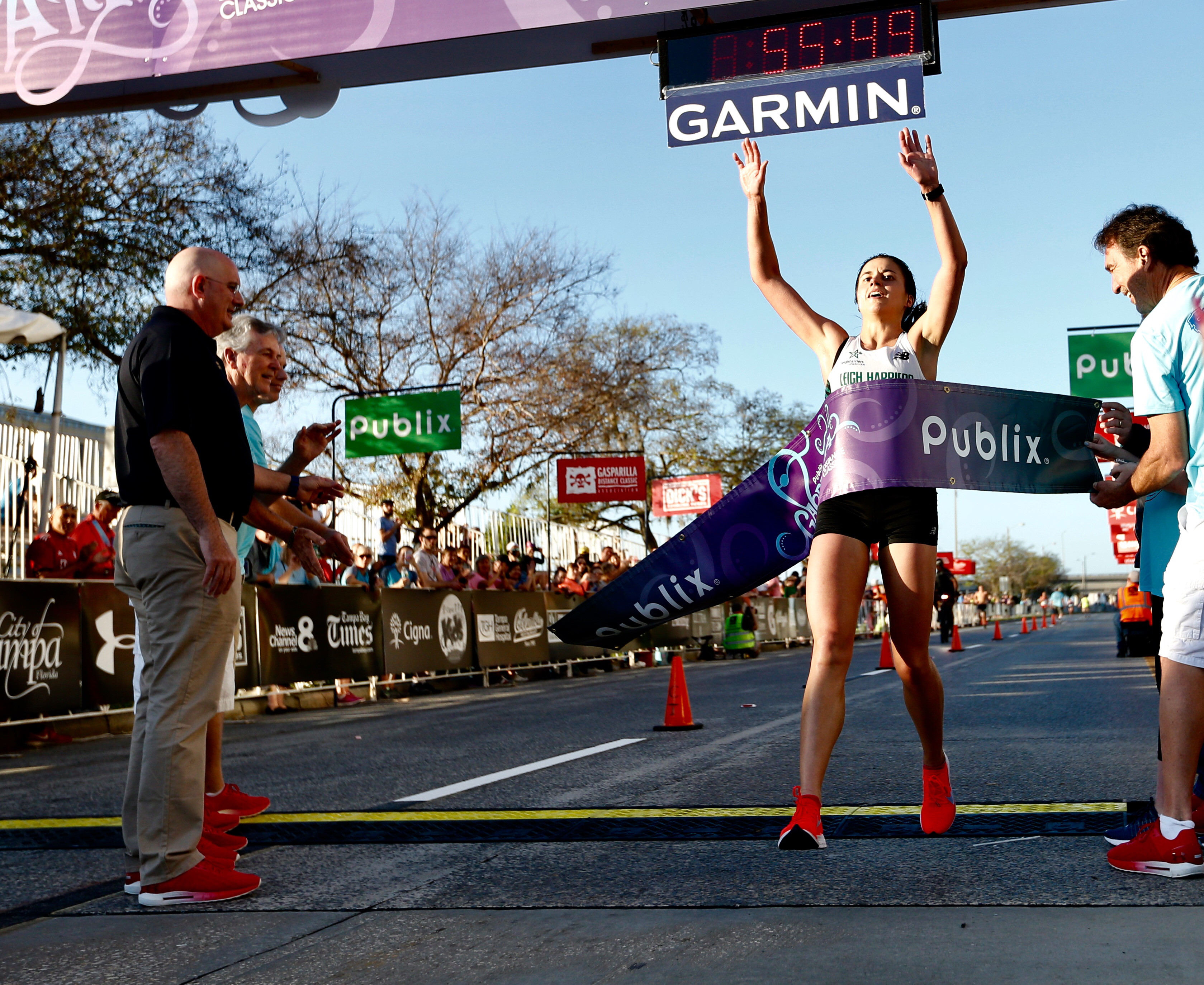 The last time she triumphantly crossed the finish line of the Publix Gasparilla Distance Classic 15K, Becky Dunkel went out fast on a mild morning and won by more than two minutes.

That was three years, a few nagging injuries and one milestone birthday ago.

“I took a lot of time off last year, but it was a good mental break and physical break,” said Dunkel, a newlywed who won the 2016 race as Becky Howarth.

“I started back training in September, and I’ve just been really careful doing all the rehab exercises and feeling really good.”

Her comeback culminated on a toasty Tampa morning when temperatures had reached 69 degrees by the 6:40 start time. Maintaining a pace just below six minutes, Dunkel, 30, earned her second Gasparilla crown, finishing in 55 minutes, 48.67 seconds.

Her time was 62 seconds slower than her triumphant 2016 effort.

The featured event, the Half Marathon is tomorrow Feb 24. 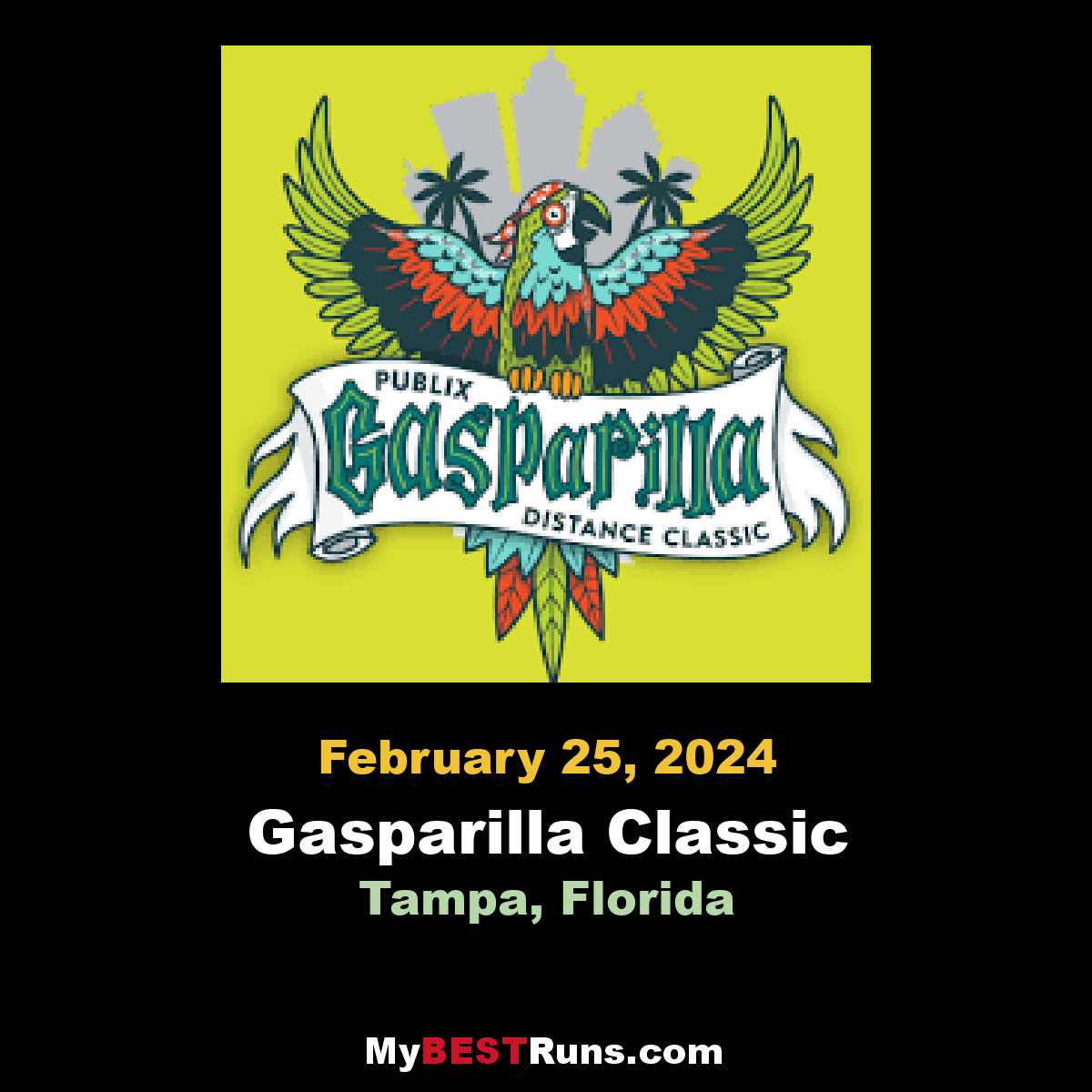