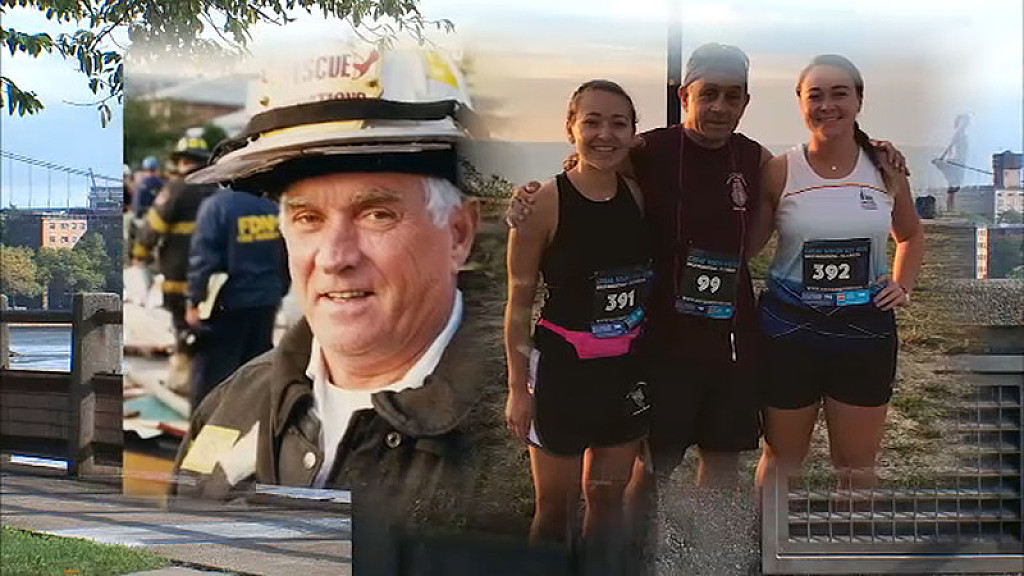 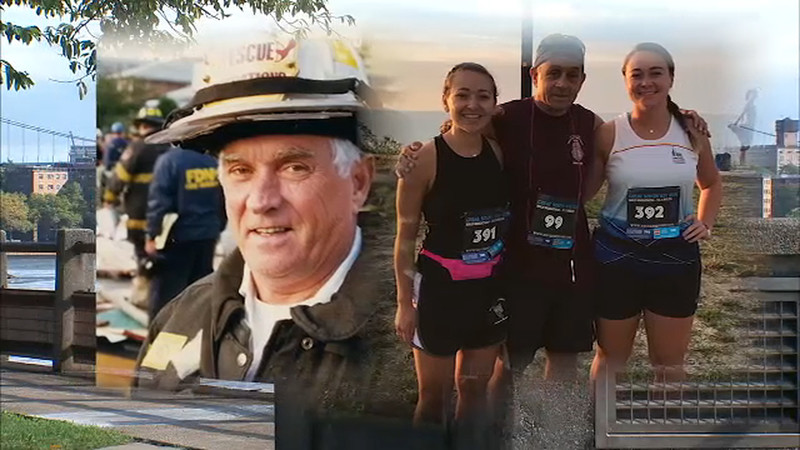 FDNY Battalion Chief Joe Downey is usually the first one to suit up when the alarm sounds and sirens wail, but at the TCS New York City Marathon approaches, his off-the-clock time is spent focusing on training and preparation. Downey said it's a way for him to stay active, competitive, and challenge himself. This year, for his sixth marathon, Downey will be joined by his two nieces, Nicolette and Gina Tortorici. They call themselves "Team Moved Me" to honor his father, Deputy Chief Ray Downey, Sr., who died at the World Trade Center on 9/11. Downey said he looks forward to running in his father's memory, along with his nieces. "For the run or life in general, in the fire house, I'm always thinking about his values, his character," Downey said. "I'm looking forward to running in his memory, in a way, with my nieces." The chief ran his first marathon with his father in 1981, and that being athletic and competitive was in his father's nature. The elder Downey even led the department's hockey team when he was alive, and his active lifestyle was an example to his son. "We watched him skate, we watched him run marathons," he said. "So he instilled that in us, to follow his way." Though Downey hopes that his own daughter, Carlee, will join him in running a marathon one day, it's his own running that speaks to him the loudest. (11/01/2018) ⚡AMP