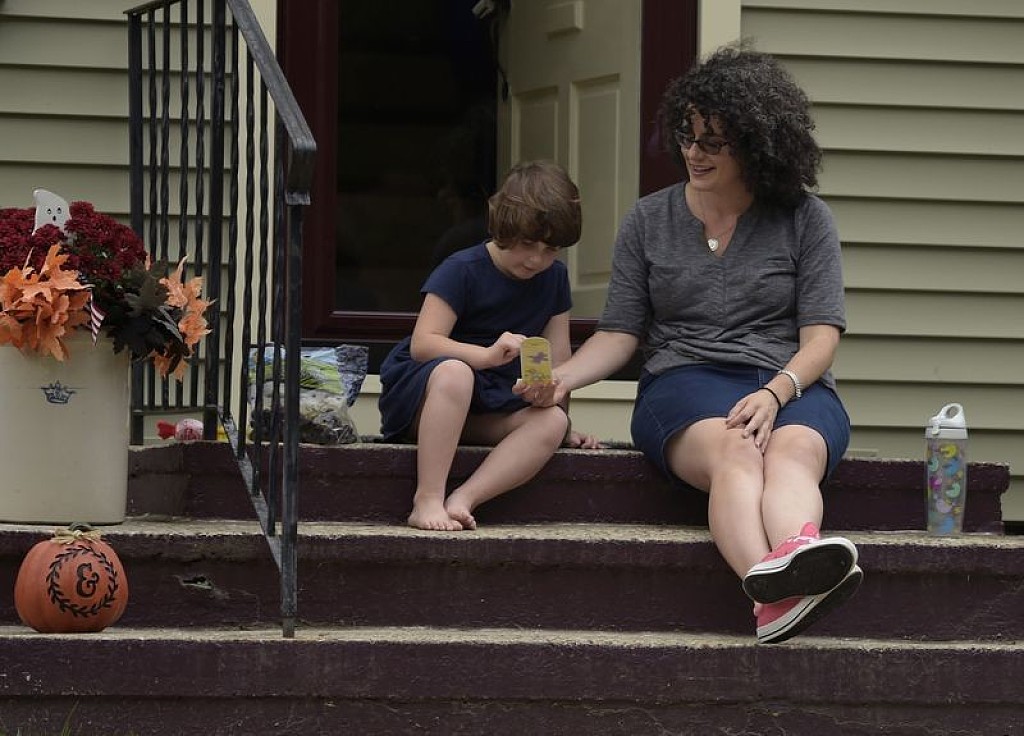 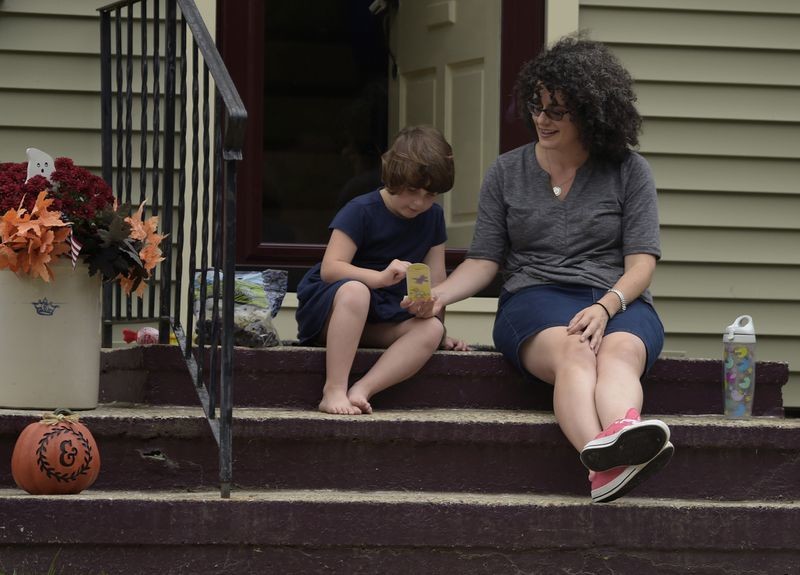 he is back in the house where she grew up. Her 4-year-old daughter Nell sleeps in her old bedroom.

This wasn’t how it was supposed to turn out, Amanda Evans said last week, sighing.

Her grandmother was a single mom and so was her mother. Now Evans is one as well. She left her now-ex-husband on a cold January night at midnight almost five years ago. Nell was 11 days old. 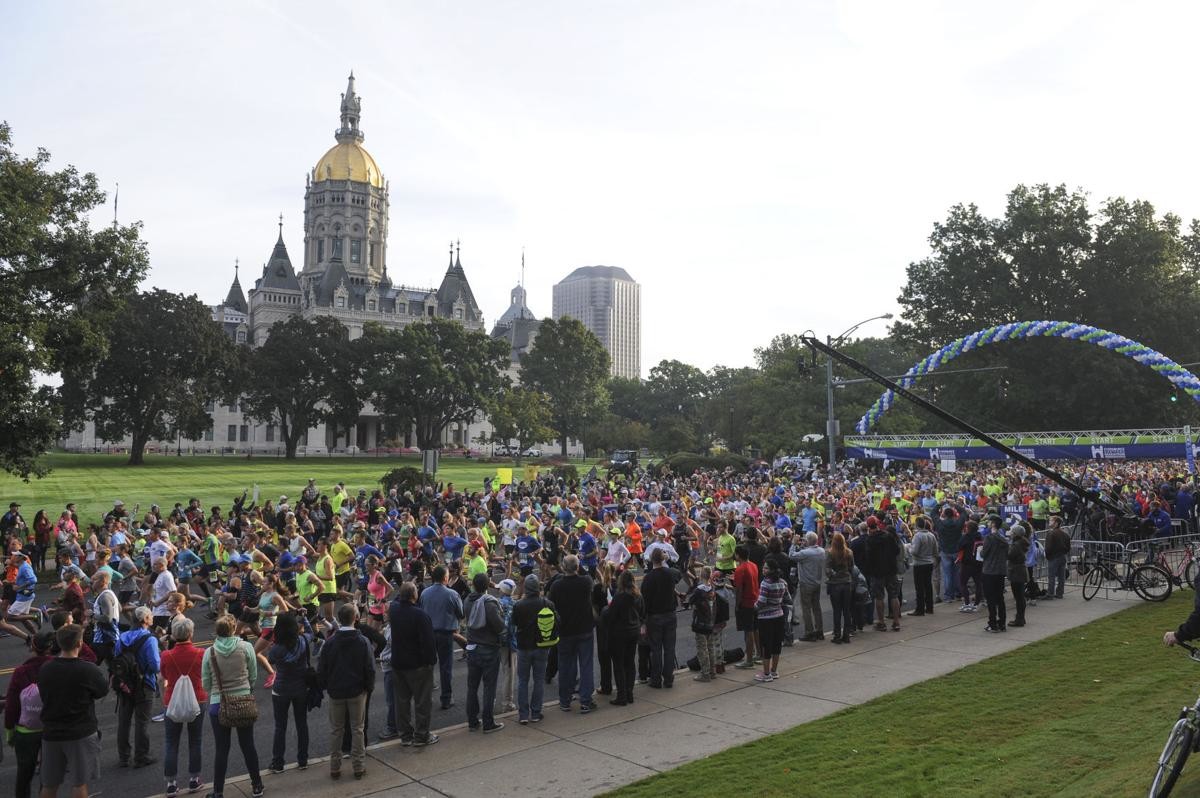 The past four years haven’t been easy for Evans, 35, of East Haven. But Nell is thriving, curious and outgoing, Evans started running more seriously, has lost 85 pounds and is competing in her first race, the half marathon of the Eversource Hartford Marathon Oct. 12 in Hartford. She is part of the marathon’s Aiello Inspiration team. 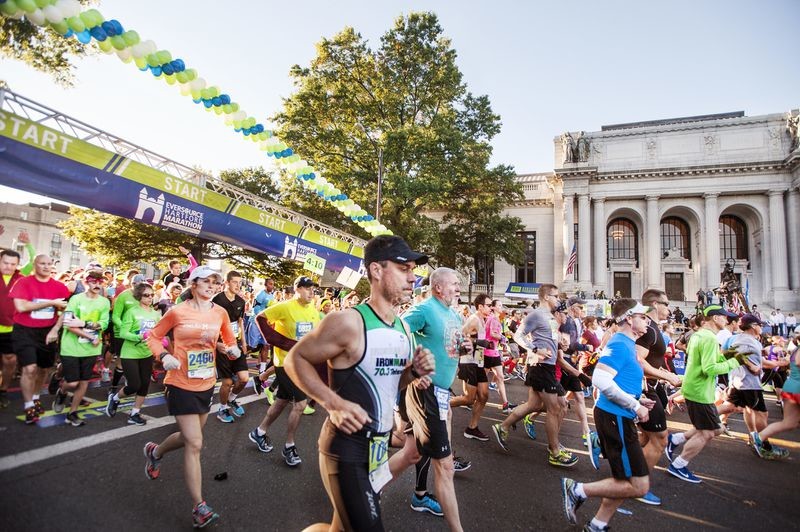 “For a long time, I didn’t have health insurance so [running] was free therapy in a way,” Evans said. “It gets me outside. It gave me the chance to do something that was really only for me at a time when it seems like everything else I do is for other people — other peoples’ kids, my kid, my family.”

Evans works part-time at the Branford Family Resource Center, organizing playgroups and pre-school activities. She and Nell live with her grandmother, who also works part-time. She watches Nell when Evans goes out to run.

Evans had been running on and off since college. She tried a Couch to 5K program but couldn’t quite get past a certain level and would stop.

“I had this book called ‘Run Your Butt Off,’” she said. “I had tried the Couch to 5K over and over but there was one particular week, it was like run eight minutes, walk for five then it went to something like run for 12 minutes and for some reason, I couldn’t do it. This program was quite a bit slower. I managed to kind of successfully get through it and I ended up running a half hour straight.”

“I just kept increasing the distances I was doing,” she said. “I run outside. I don’t have access to a treadmill. I just kept bumping up the mileage. I lost a lot of weight. I didn’t start trying to lose weight until Nell was almost a year. I think if I had braved getting on the scale earlier my total would probably be closer to 100. I had to work up the courage to: This is where I’m going to start.