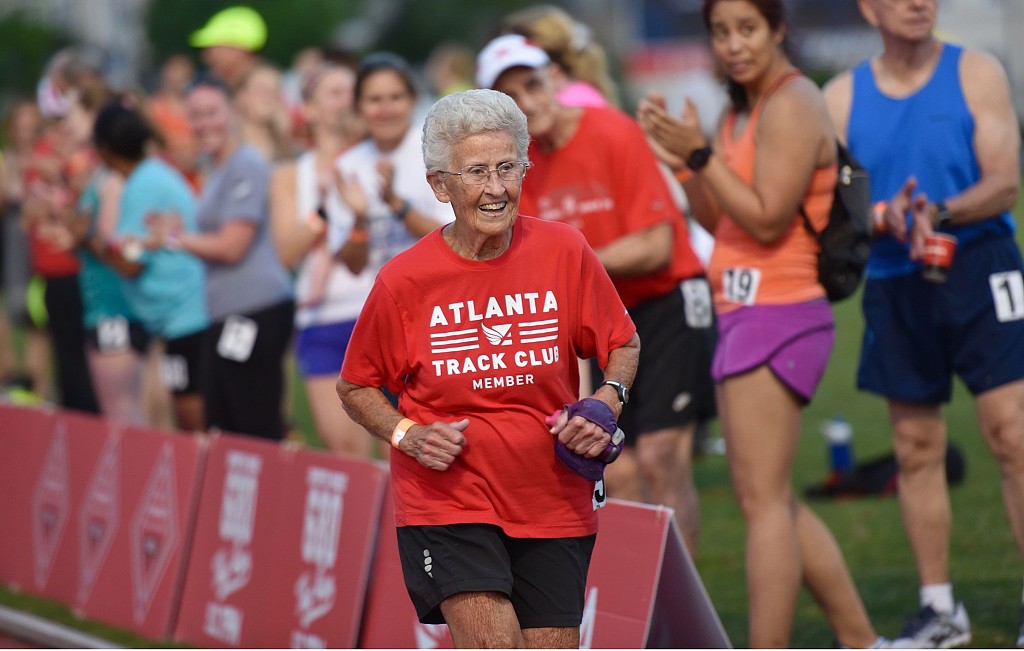 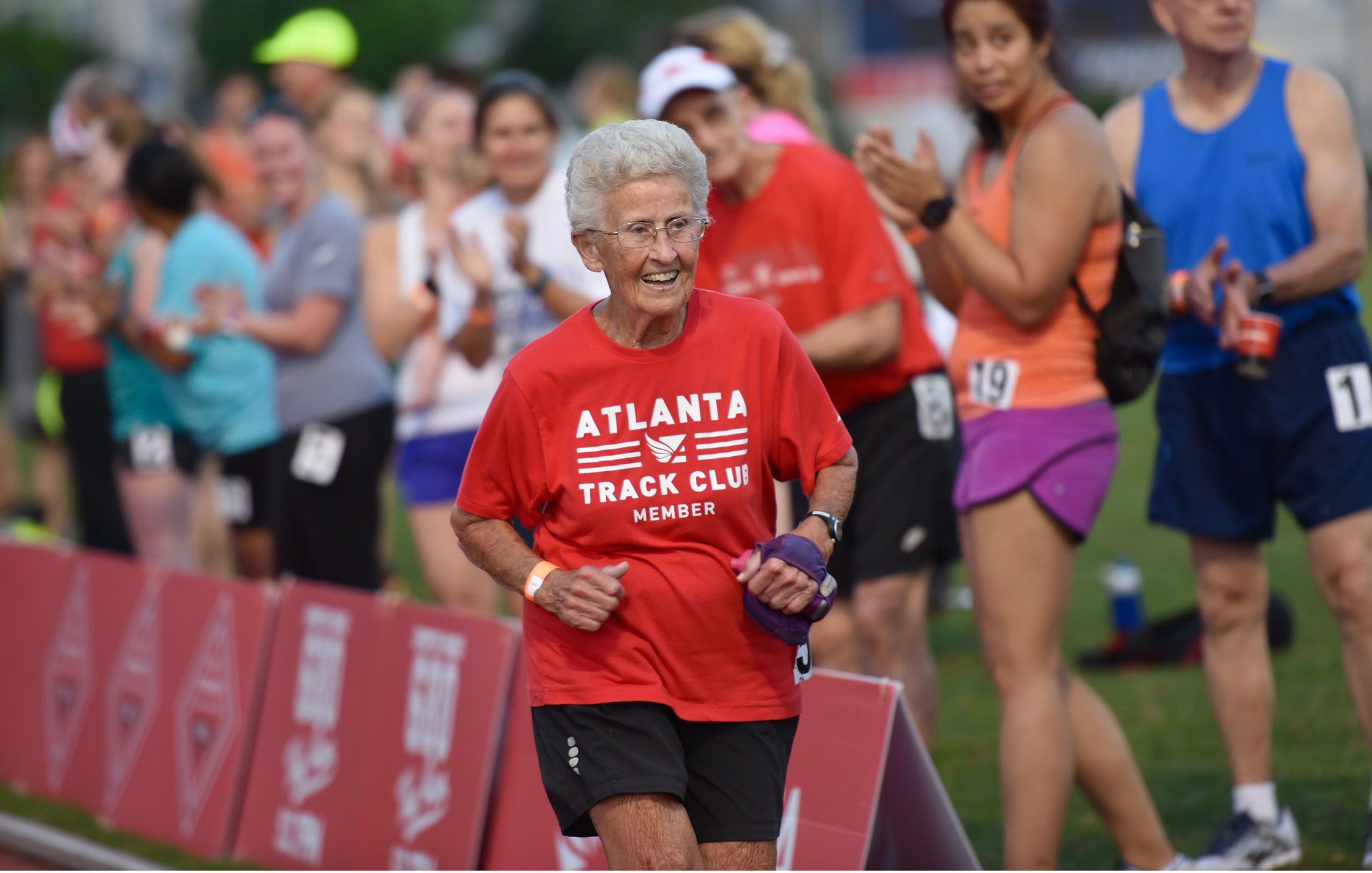 Betty Lindberg likens herself to the Energizer Bunny because she just keeps going and going. Born Sept. 7, 1924, she is the oldest participant set to run in the 49th annual Atlanta Journal-Constitution Peachtree Road Race this Fourth of July. Though there is another competitor who also is 93, Lindberg is exactly one week older than the most senior male runner, Lamar Perlis. This year’s race will be her 28th since completing her first at age 64. The Parkers Prairie, Minn., native was not aware of the Peachtree Road Race until her daughter and son-in-law asked her to drive them to the start line in 1987. At the time, she was not overly enthusiastic about getting up at sunrise on the Fourth of July, but once she witnessed the celebrations at the finish line, she decided to give the 10K a try. Lindberg began training by walking around her neighborhood and hasn’t stopped since. She now works with a personal trainer three days a week, completes races of various lengths throughout the year and follows the Atlanta Track Club’s 12-week program to prepare for the race. (06/27/2018) ⚡AMP